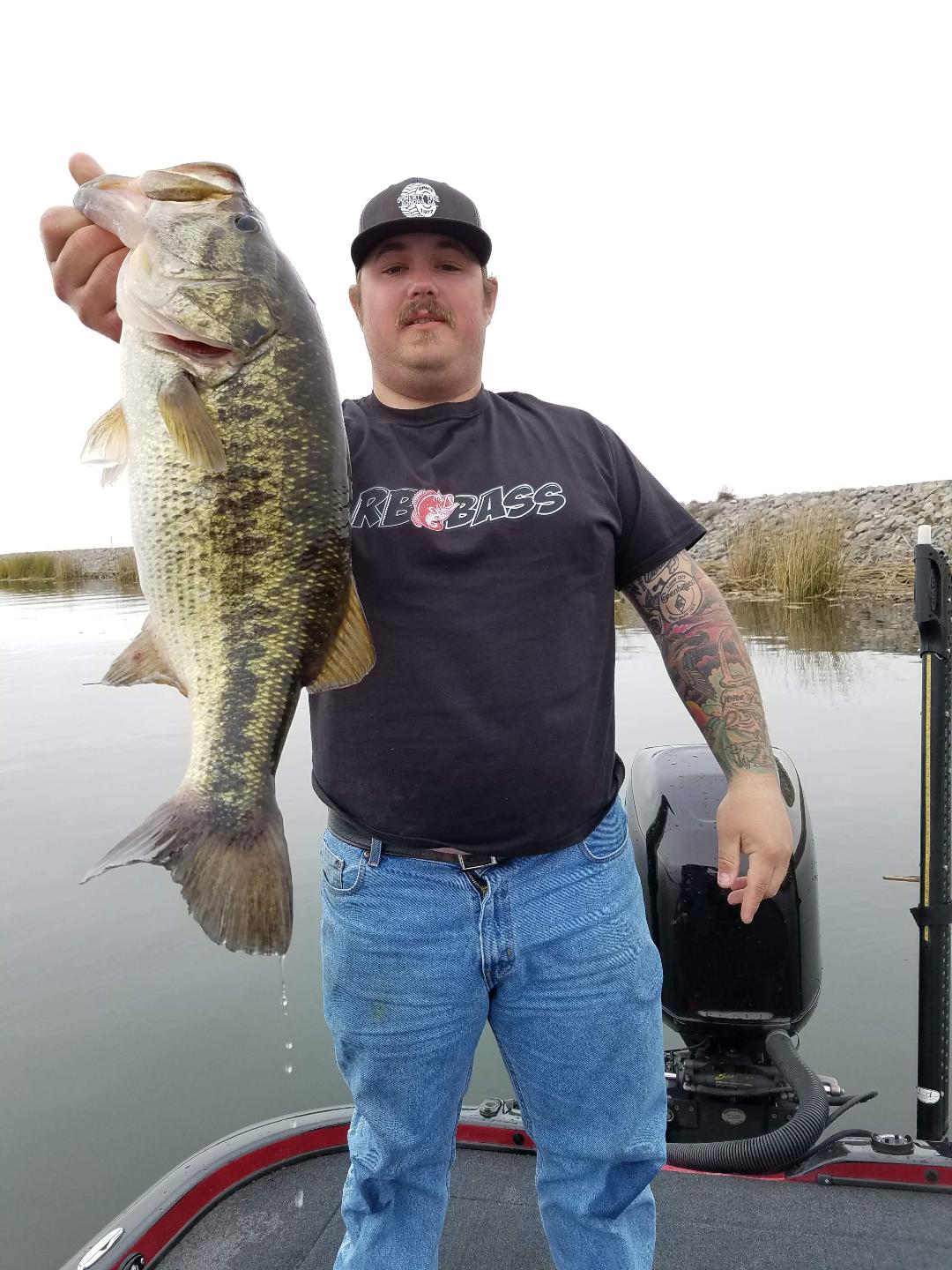 Sunday March 18th, Rbbass angler Charles Cornelison and I took a trip to the delta to try and catch some of these huge largemouth bass that we have been seeing people pull out of here the last few weeks. This past weeks been stormy and cold so we expected a tough day and it was! We launched the boat at 7:30 am and it was super foggy and the water temp was about 52 degrees and it was low tide, I decided to throw a River2sea biggie smalls square bill crank bait while Charles started punching through mats with a River2sea trash bomb weight, a canopy Grenades punch skirt and a missile baits D-Bomb punch bait. On my first cast with the square bill I caught a 2 pounder off some riff raff, Charles punched some submerged vegetation and hooked into what he says felt like a 4 1/2-5 pounder and pinned the bass against the canopy and it shook the hook. About 11:30 Charles flipped in about 4 ft of water and stuck a 6 pound largemouth. 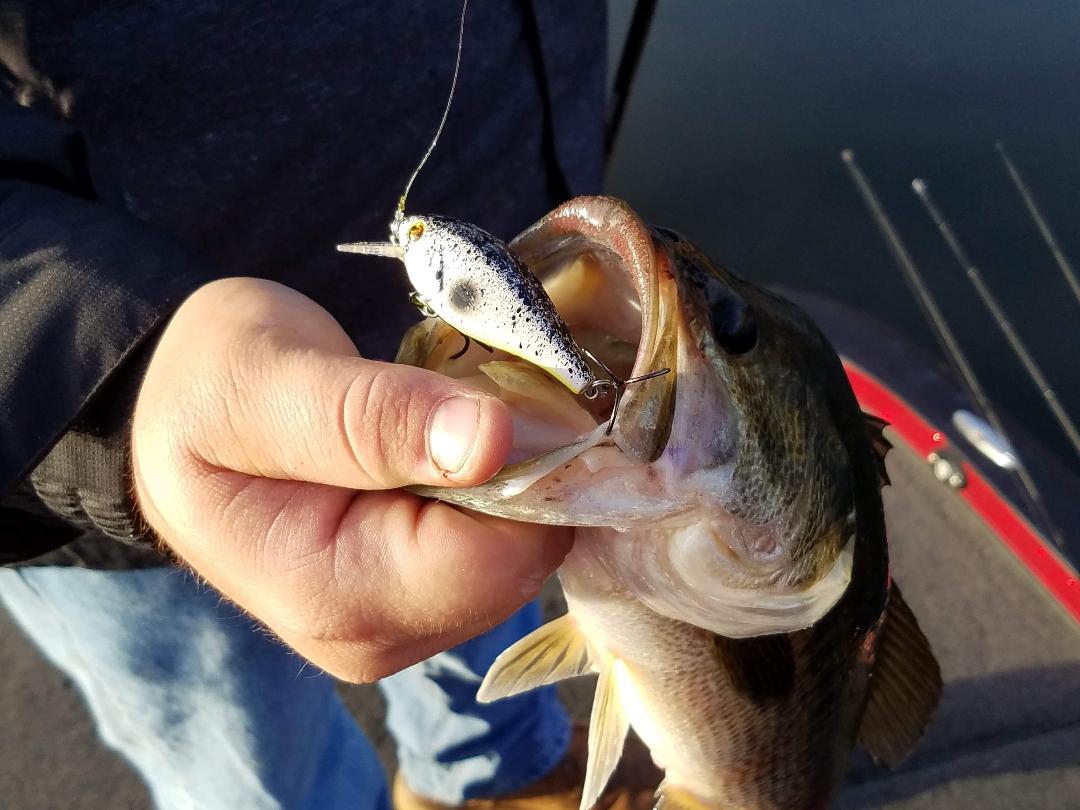 The bass were not being aggressive in the early morning and only picking the bait up and sitting still. Later in the day they were destroying the punch rig!! I thought about switching over to punch rig also but I’m glad I didn’t because I casted at the base of some tules and got smoked by a 5 1/2lb largie!!! After a while of not catching anything I switched to the punch rig and about  my 5th flip caught  my first punch fish, even though it wasn’t big, it was still exciting. 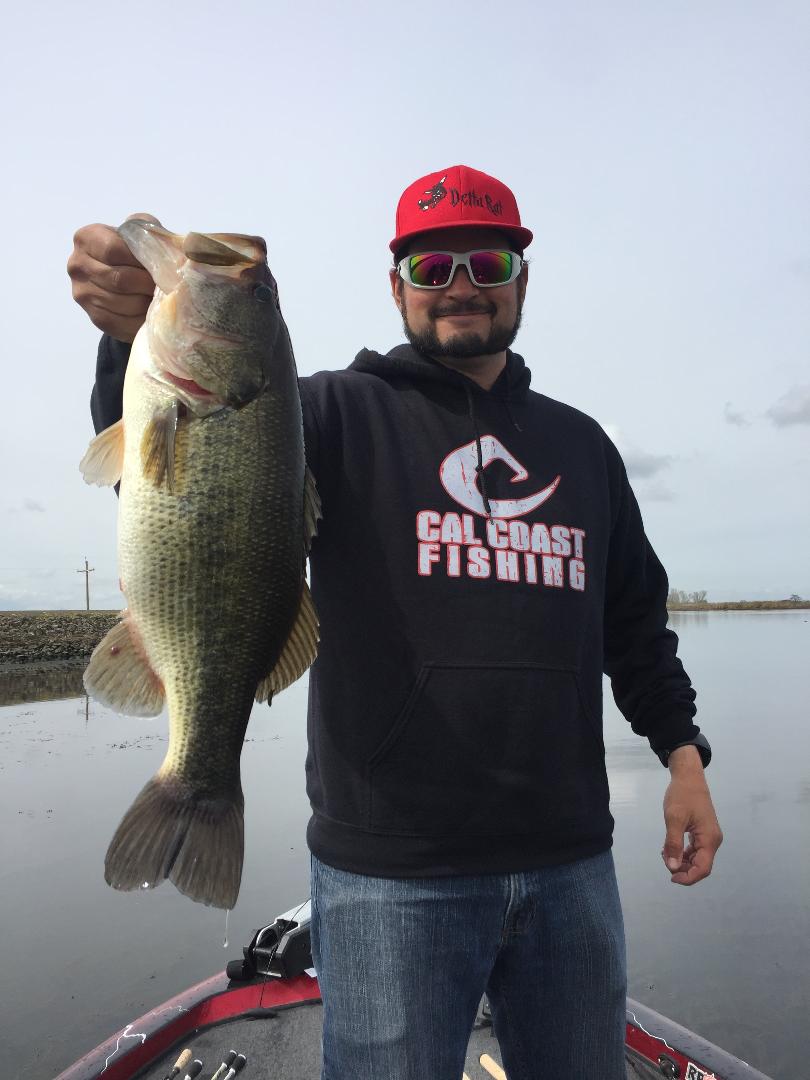 About 12 pm it was lunch time for us it was also lunch time for the bass!! Charles flipped in and hooked into a 4lber and And a 3lber right after that. The bite seemed to turn off as soon as the tide started rolling in.. so today was super hard and the post frontal conditions made it tough to catch a huge bag like we wanted to but we were able
To put something together and caught about 18lbs. If we get a steady warming trend than things will take off again and you will be able to come out here and catch a huge bag!!! Thank for reading. 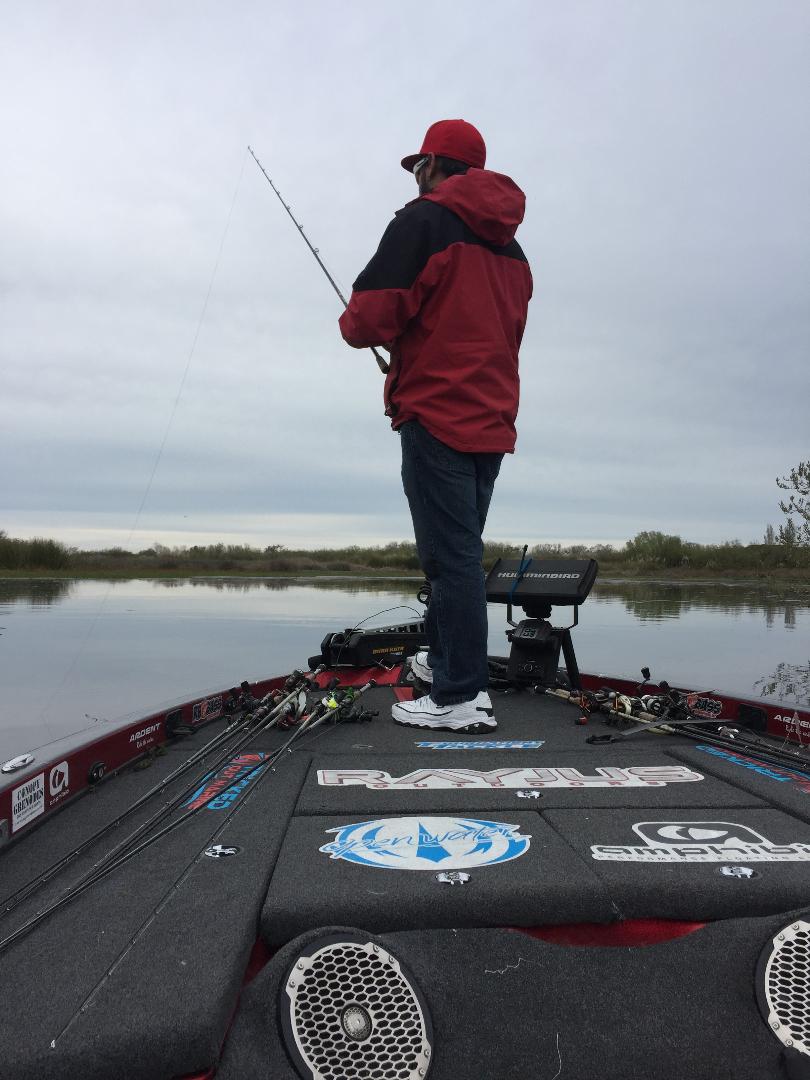 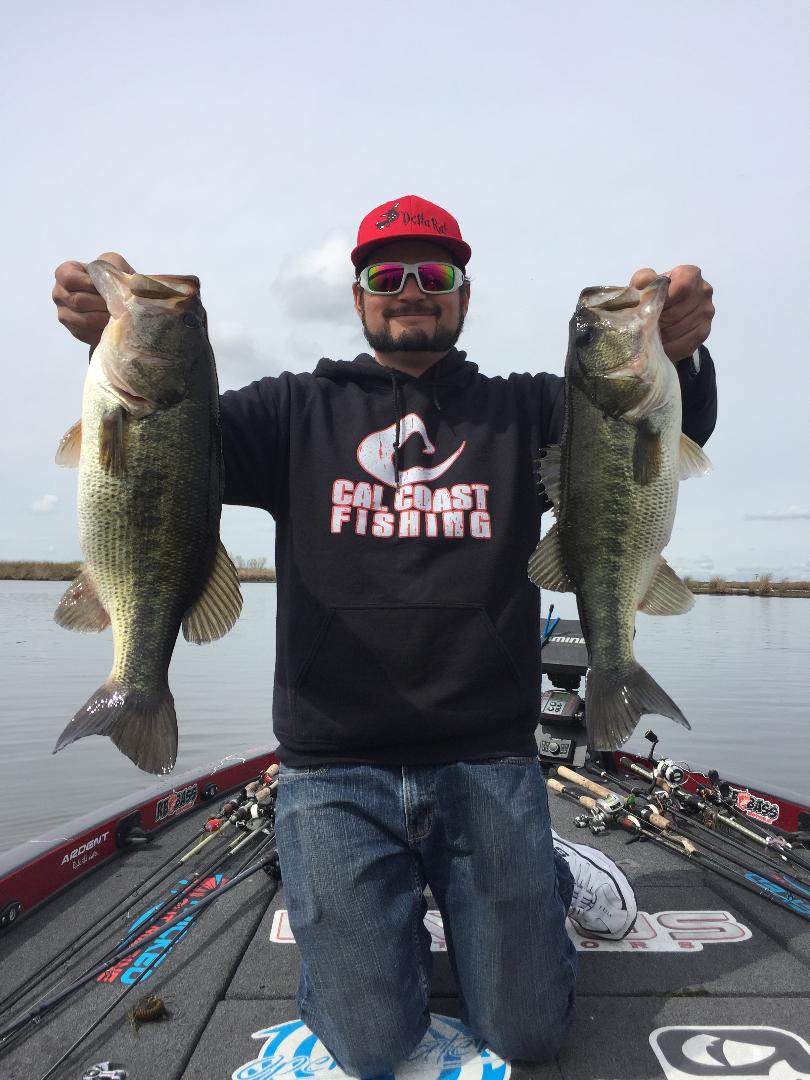