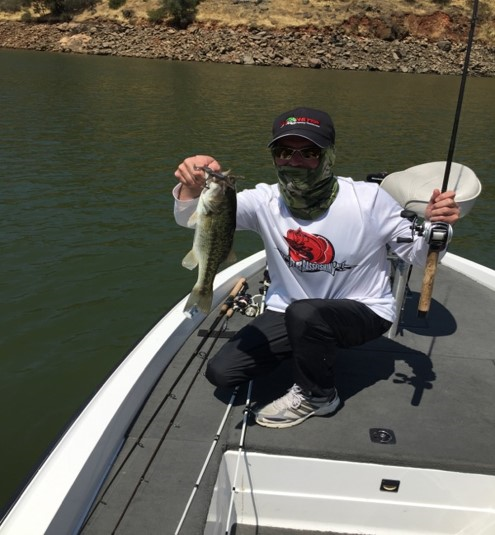 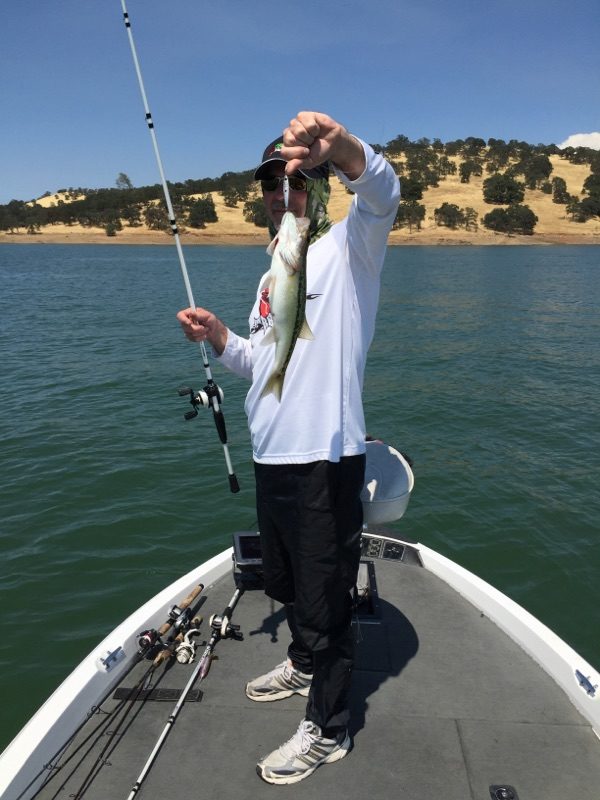 My fishing buddy Steven and I arrived at Camp Far at 7a.m.. Lake temp. was 85 and the water visibility was about 3ft. at the ramp. Made a quick run toward the Bear River and started fishing the opening of the quarry cove on the submerged east side point. Started seeing some small groups of fish and bait clouds as we moved up the point. The bait was at about 10 to 15 ft. I tossed a Yamamoto Hula grub on a football head jig and Steven used a Berkley Gulp minnow on a dropshot. I caught a small spot on the jig and Steven had a few short strikes on his dropshot. The fish we could see on the graph were mostly suspended just below or at the bait level. I tried a spybait, counting it down to the level of the bait but no takers. Started dropping a spoon through the bait and caught another fish that chased it down to the bottom. (Watched the spoon drop and the fish follow it, one hop off the bottom and bam! ) Made a run back to the main body and found some fish willing to hit our baits on the west side by the road coming in. Caught them on the spoon and Dropshot. Ran back up to the top of the Bear River and started working back down along the steeper banks but the boat traffic got crazy and the fish got smaller. Our best baits were the spoon and the dropshot. Steven switched to a 4in. Robo Worm in the Morning Dawn and a 4 ½ curl tail Robo Worm Hologram Shad and started hooking up. Thank you for checking in with RBBass, Bob Pietruszka