May 16th and 17th
Rain and wind Thursday
Lots of Wind and Clearing Friday
Water Temps 64-66 deg
Lake Level-Full
RB Bass angler Michael Birch and myself headed to Clearlake for a couple of days of fun fishing and the plan to do some video. While the weather didn’t cooperate for doing video, we did get some good fishing time. By this time of year I’m ready for shorts and flip-flops with a sweat shirt in the morning. Honestly that’s what it was the week before. Id been on a pretty decent bite and was not sure how that would hold up. As it turned out the bite was still good, just had to make a few adjustments each day. In addition the FLW Costa event was going on and we didn’t want to get in their way. The lake is fishing well, and you can fish it just about anyway you like. There are fish in all three phases of the spawn at this time. Bed fishing right now is kind of difficult as they seem to either be deeper than we can see them, or they are buried up in the vast amount of cover and tulles thanks to the high water.
We caught fish flipping, drop shot, stick baits, jigs, Carolina rigs, shaky heads, and other anglers reported top water and crank baits producing. So far I have yet to see the shad move up so the square bill and top water are a bit slower. In the wind the spinner bait has been producing some. Over all I think junk fishing is the way I prefer to go. Fish what’s in front of me and cover water. Colors were pretty standard fare for Clearlake with green pumpkin, falcon craw, and triple magic Strike King products doing the majority of the work. A G-Money 1/2 jig in green pumpkin purple with a green pumpkin Strike King Rage Bug made a great combo and the bigger fish seemed to like it. 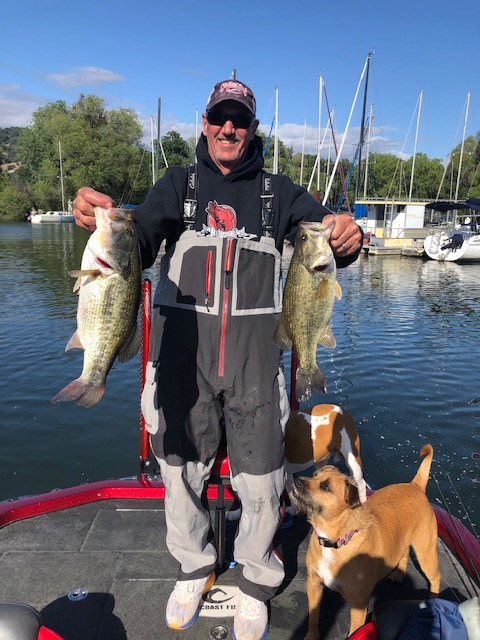 Much like techniques, depths will suit just about everyone. We caught em from 1 ft to 20 ft. So you can pick out the type of stuff you like and find catchable fish. Michael fished with braid to flouro leaders while I fished straight flouro, didn’t seem to really make a difference. As mentioned previously the FLW Costa event was in progress so we allowed them to get to their spots, and tried to stay away from where they were fishing. That said we had no issues catching fish. The weather this year has been challenging, but the fishing remains great. Be prepared with the proper clothing, and PFD’s folks. Wind creates rough water conditions and stuff happens. Let’s all make sure that we get to fish another day. 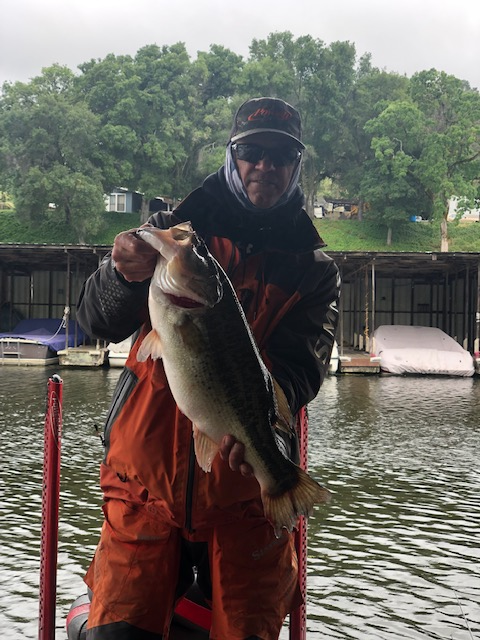 So Friday was a little different weather with clearing skys and high winds. Because of the wind we decided to fish the protected side of the lake. We fished docks for a while with little to no success. There were boats on a lot of the stuff we wanted to fish so we kept driving until we found an open area. After a bit of docks we decided to try flipping. This turned out to be the ticket. We flipped a good number of fish out of the tules using a Strike King Rodent in Green Pumpkin and a 1/2 oz weight. Both of us love fishing the big stick with big line so we had a blast jackin em in the tulles. While the senko bite while great on Thursday was no existent on Friday. Fish are also starting to show on rock piles and are eating jigs and crank baits. Given some stable weather and sun we could see the grass get up to the surface and really turn things on. 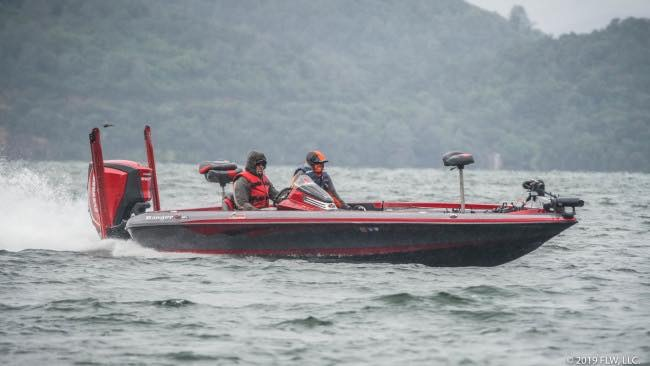