I spent a few days last week fishing Clearlake. I can say the lake is alive and well. The weather was changing daily and sometimes by the hour. Didn’t seem to bother the fish, just had to throw different baits at different times. 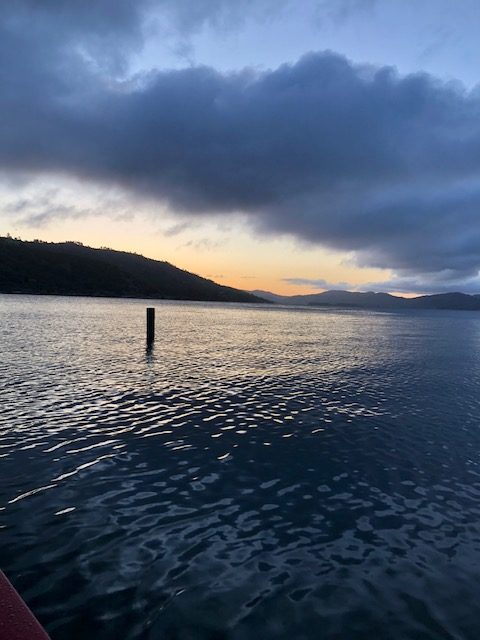 Thursday 4/12/18
Temps 30-48 degrees
Sunny at times and thunderstorms at others
Water temp 54 to 58 degrees
Clarity about a foot
I threw the underpin with a 3.8 Molix Swimbait in Ayu with good success. The A rig was also getting good bites but mostly buck bass. The shakes head and underpin around docks in the middle lake area seemed to produce better then average bites. I only fished until about noon on Thursday and I can say the temps didn’t get over 48 all day.
Friday 4/13/18
Temps 29-64 deg
Mostly Clear and Calm-Post Front
Water Temps 54-62 deg
Clarity 1-2 ft
My partner, Mike Tremont met me at the house on Friday morning. It was still cold but the wind was down and it turned out to be aq beautiful day. On this day we ventured around the Northern end of the lake and some key areas in the middle lake area. With this being the final day of the Won Bass California Open we really wanted to stay out of the way. We drove around and looked at water quality and temps in various parts of the lake. We would fish here and there with little success on shaky heads. We basically eliminated areas either due to pressure or lack of results. We went into Rodman just to check it and eliminate it so it wouldn’t be on my mind. Lots of bait in Rodman and it was stained but fishable. We worked out way down through Nice and Lucerne, catching fish here and there but nothing to draw out attention. Working south we headed to the old Konocti Resort and found warmer water. We actually did pretty well in this area and felt very comfortable. We decided this would be our finishing area on game day.
Saturday 4/14/18
Temps 44-76 degrees and calm
Sunny thought the day
Water Temps 56-68 degrees
Clarity 1-6ft
Beautiful day, and after the cooler temps this actually felt really nice. We had no idea where we were starting as we were aware that out boat draw would be a player in the decision. We drew 5th out and decided to hit the community hole of State Park to start. We camped for 5 hours in State Park. Mixing in a variety of baits from rip baits, a rigs, under spins, shakes heads, senko and flick shakes. First fish was a 6 and the second a 4. All fish in this area came on the slow dragging baits as fished moved in. We left at 11:30 with a limit of about 16 lbs. We began working down lake. We culled a couple times on our next stop, again on dragging baits. By now it was getting pretty warm and the water temps were around 64. We began going into the backs of bays. The first stop didn’t feel right and we moved. Second stop same thing. My partner made a suggestion and we moved. We pulled into this bay and the water temps were 68. We also saw lots of suspended bass under the docks. I began skipping a seiko under docks and quickly hooked up with a 8.71 lb chunk. Couple high 5’s and we were back at it. Next 5 casts equaled 5 more fish but none helped. At this point were had to head to weigh in. 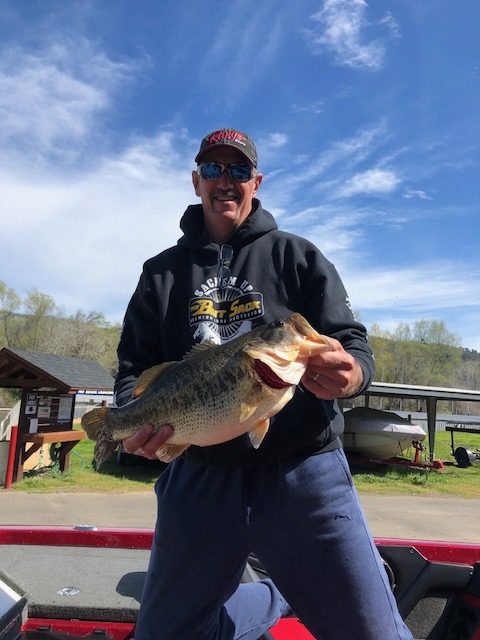 The lake is fishing well, just fish the conditions. The fish want to spawn and a major wave will head to the beds as soon as the weather stabilizes. 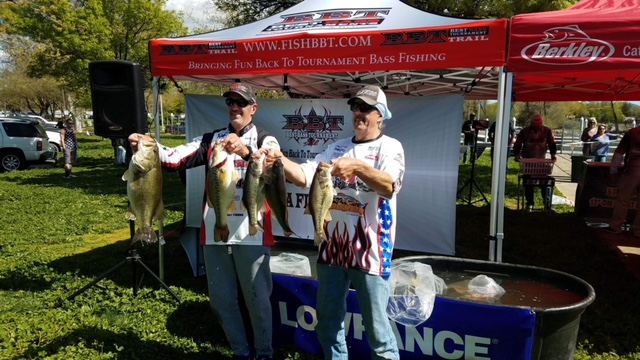