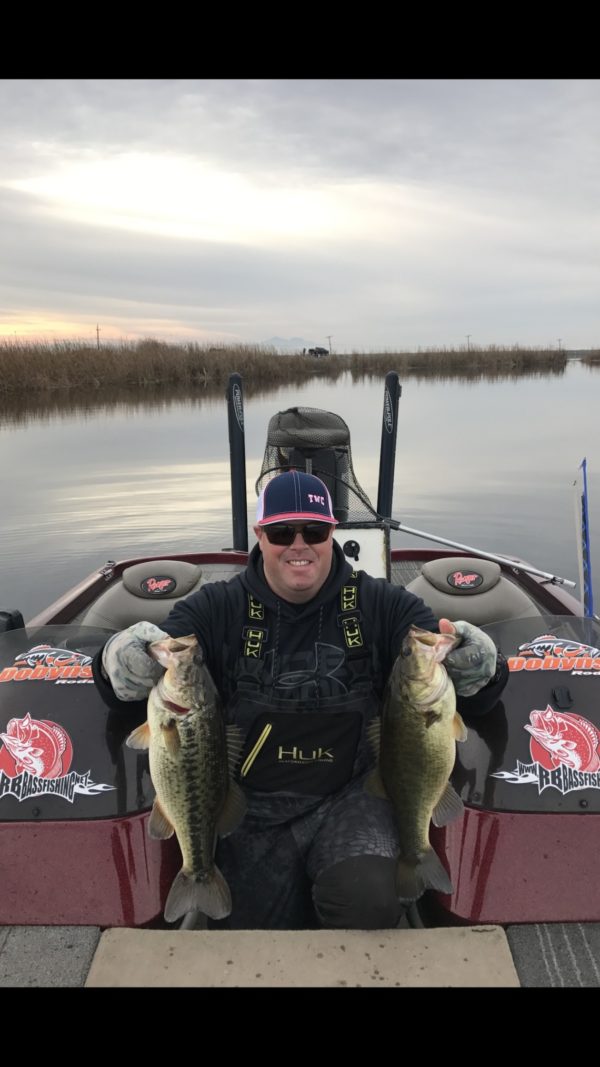 On this cold January morning we were met by heavy fog at the boat ramp which provided very little visibility. We launched the boat at Rivers End Marina located at 6020 Lindemann Road in the town of Byron.
There were two hours of outgoing tide left so we decided to fish around the marina. Justin and I began pitching senkos and jigs in and around the boat docks of the marina. We fished for about an hour without a bite.
After the rather slow start we decided to run North to an oxbow which had a dead end slough as a tributary. Prior to the short ten minute run we saw some strippers boiling just outside the 5 mph bouy. Justin and I each caught four under size linesides (striped bass) on the River2sea S waver and the G Funk Baits Cali Rig. 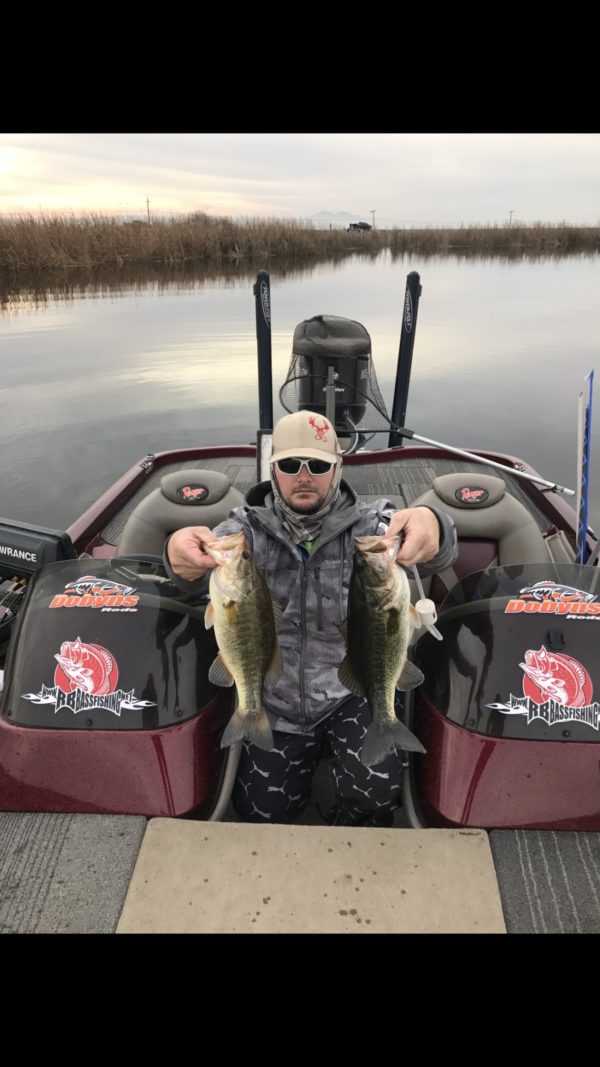 After having a little fun we pulled up to our second spot of the morning. The fog was beginning to lift and the sun was peaking through. This particular area we were fishing is a premier location for winter transitioning fish. There was deep water present away from current and a sandy bottom flat made a gradual descent off into the channel.
The water temperature in this area was 53 degrees, rip rap rock lined the bank, and healthy crisp hydrilla was beginning to appear. Justin landed the first fish which was a solid two pounder. Justin was pitching a Gary Yamamoto custom Baits 6″ senko rigged Texas style, in the green pumkin blue flake pattern.
As we working our way down the bank we noticed the tide was beginning to go slack. We made a short twenty minute run South to a well known area to catch the tide switch.  The area we were fishing had very similar ingredients to our last location, however there was a shorter tapering bank which had scattered timber throughout.
I made a short pitch on the edge of the grass line and felt a subtle tic which I recognized as a bite. I reeled down and set the hook on a solid 3 1/2 pound bass. My particular bait of choice this time of year is a 1/2 ounce TNT Baits Wada Jig patterned in Black/Blue or Dragon Fly.
Justin and I worked our way down the bank until the tide fell out. We caught four additional fish which were barely keepers. We made our way into a dead end slough and found 57 degree water temperature. The water was extremely clear and we had several feet of visibility.
Justin casted out into the middle of slough and let his bait dead stick. With the tide being slack we had very little hope of catching anything. Justin’s line started swimming off without warning and it was headed directly under my boat. Justin set the hook and landed a very healthy three pound bass that emulated a NFL Football.
The tide started coming in about thirty minutes later and we worked our way back towards the end of the slough. We noticed the water clarity was becoming more and more stained as we worked our way back. We discovered small groups of rogue bait balls darting in and around scattered hydrilla. We continued fishing directly down the middle of the slough and discovered the depth was slowly increasing.
The depth tapered off into 7 1/2 feet and almost simultaneously Justin and I had a double hook up on nice quality fish. We were able to catch a couple more average sized fish before we had to leave.
On this particular trip we learned a lot about winter transitioning fish. The fish seemed to be  concentrated on the secondary edges adjacent to deep water and away from heavy current. The back of sloughs were also rewarding however I believe these areas will be more productive on a higher tide.
Hopefully this fishing report was  beneficial to you and your search for winter transitioning large mouth bass. As always feel free to email me at Bigbasssniper85@gmail.com
If your interested in booking a guided trip on the California delta give me a call at 209-345-7721 or check out my guide page on Facebook at Sick For It Guide Service.