Location: California Delta
Date: 6/14/2017
Water Temp: 69.5 – 75.3
Water Clarity: 1′ – 2′
Weather: Sunny
Wind: 8mph – 15mph
Tide: Low Incoming
Launched out of Ladd’s Marina at 4pm and fished the Windy Wednesday Night Shootout with my dad. Made a short run to our first area where I found high water temps and was in search for post spawn fish. The area was shallow, stained, and loaded with grass. Started the day punching a ounce and a half weight with a double wide beaver in the bloody Mary color in moss and hydrilla. Had no luck. Started throwing popping frogs and got a couple short fish to commit. The first hour and a half had passed by and we had no keepers yet. Fished our way to the mouth and the water started to become a little cleaner. Then I started throwing the River2Sea Bully WA 2 in the armed forces color. Had a couple solid blow ups but missed both fish. Set the hook just a little early. Another hour had passed by and still no keepers. Made my way to another area and the tide had picked up and was rolling in. I picked the Flippn Stick back up and started punching tule pockets with hydrilla, folded tules and small chunks of hyacinth. I had finally caught the 1st keeper, a solid 2.32lb fish. Stayed with punching and 20 minutes later caught our 2nd keeper at 4.38lbs. It was now about 7pm and the weather began cooling down. I was going back and fourth from punching tule pockets and throwing a frog on rock walls with grass. I couldn’t get frog bites throwing around tules. Seemed like they wanted it entering from the rocks. That is how I caught our 3rd keeper at 2.73lbs. Another hour had passed by with a few short frog bites and missed punch fish. It was now 8pm and weigh-in was at 9pm so I started to become worried. Kicked the trolling motor up and started to fish hard. My dad caught our 4th keeper at 1.67lbs. The tide had really started coming in and we had quite a bit of current in the area we were fishing. I pulled up to a rock wall that was 14′ – 16′. I was throwing a frog and noticed 30 yards ahead of me the water had grass growing out far and the tules were off the bank a little, so I knew I was pulling up to a flat. As the bank started climbing I noticed patches of grass were along this rock wall. As soon as I started fishing my frog near that grass in open water, Kaaaaaabbooooooom. I had a huge open water blow up. Hit the fish with everything I had and muscled her to the net. She was a good one and our 5th fish. She weighed 7.56lbs and ended up being the big fish of the tournament. It was now 8:30 and we were running out of time and still had one rat in the boat. I cut across to a bank and started fishing fast. Searching for 1 more decent bite. At 8:44 PM with only minutes to go I hear “Oh here we go, this is a nice one!” When I turn around I watch this fish leap out of the water 20′ from the boat, then again from 10′ out. She was every bit of 8lbs. When landing after that 2nd jump she dug for a couple seconds and the bait came to the surface… Heartbreaking. Thought that one ruined our chances. She came unbuttoned on a River2Sea Biggie square-bill in the delta craw color. Quickly I jump back up to the front with 2 minutes left before we had to pack it up and head to weigh-in, I picked a popper and caught our last limit fish at 2.71lbs. Culled quickly and headed to weigh-in. We had a 5 fish limit of 19.70lbs which was good enough for the Win and my 7.56 held up for big fish. It was a tough evening on the delta. Grinded hard and pulled it off! 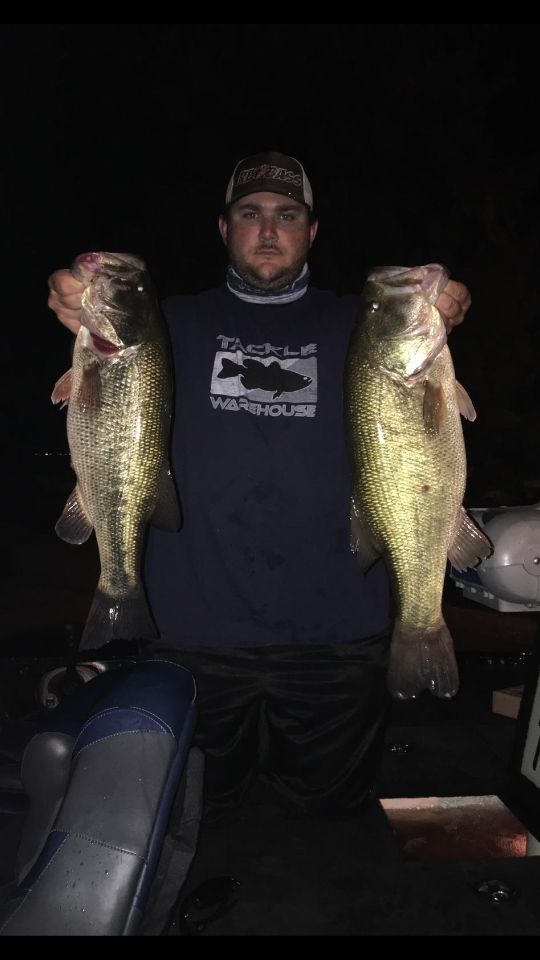 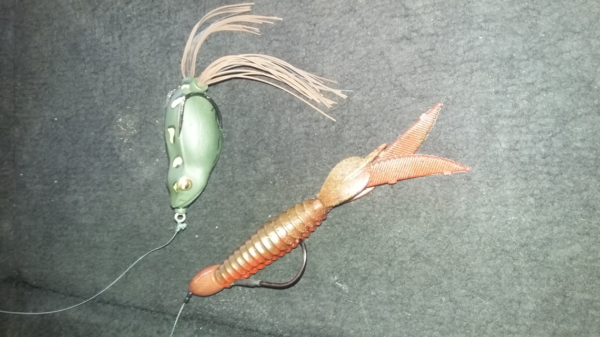