It was my first time on the California Delta this year, did not look at the tides just went fishing. During this time of Covid-19 it felt weird showing  to B&W resort and seeing people excited for social distancing. This was good to see, after being stuck inside all week. We got out early and it was colder than expected. I pulled over to the first Flat near the main river that i saw. It was very slow and the tide was already well on its way out. The Delta due to no rain is much shallower than last years higher water. After flipping and throwing a Chatter bait with no luck, we headed south down the main channel fishing flooded islands still with no luck, the further south we went the colder it got and light rain started, there was no action to be found. So back to flipping and punching we moved to a rock and tule wall with thick Grass and I got mu first bite in a canopy of dead tules that was hanging over a pocket on the inside grass line in about 2 ft of water. It was that weird pressure spawn type of bite and of course first flip bite of the year I missed it. We started moving north and east into Disappointment and White slough.

The water was very clear but hard to see anything due to clouds and water level. as the tide fell and the sun came out we started seeing bed fish from 2-5 lbs no real big ones and they were not in the mood to protect but they were very skittish. I still had not caught a fish and was kind of puzzled. We moved again, and finally Randy Walker gets bit of the back of the boat but misses it. We fished down rock walls , flipping, dropshotting, Chaterbaits-nada. So i went for heavy cover near spawning flats and about the 3rd flip in-Boom a nice 3lber not the Big bites im looking for but I got a fish in the boat, When you get that bite you need to analyze everything in that moment and think where that next bite may come from. The key was the Bass was in heavy cover but only a foot under the edge, they want warmth they want to spawn, but want protection, so I started flipping the edges of the mats, and right away I stick another one. They were chomping it the second it hit the matt. We found some more areas near bye but MR Seal saw us and went right in front of me and went under the MATT! I was like really !? Yep he did and we got no bites , but I know they were in it because it was on a Spawning flat. We picked up and went back to the main river to catch the incoming tide. 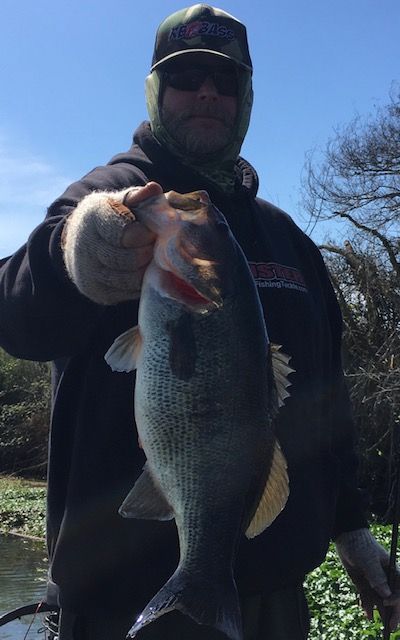 This was a good move, the warmer sun and higher water has fish moving up to main point areas with sparse tules and hard bottom, now I went back to a Wacky style Berkley General stick Bait using the Frenzy Baits wacky saddle. Boom i get a little buck, and a few minutes later another one around 3 lbs. So I started heading west to a higher tide and following points, I would get a few bites in each area but nothing big. Went back to the flat I fished in the morning , with higher water and warmer temps I caught a few on Chatter baits around 3 lbs, and then had some more punch bites ,  punching the edges  still near the sun. It was fun to get back out on the delta and catch a few. We are right in the spawn season and any day you might run into those Big ones! SO go be socially distant while you still can. 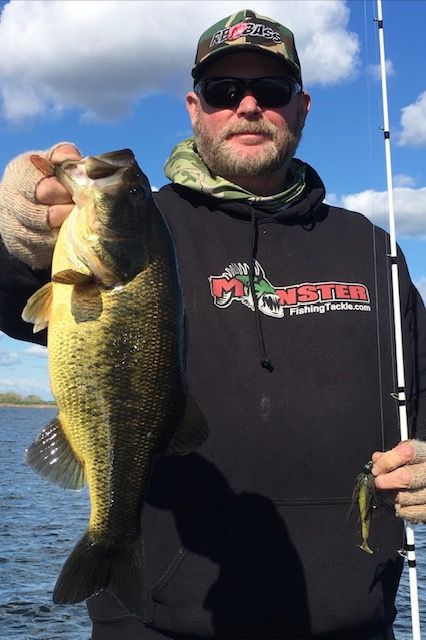