I recently purchased a new reel to try out. I got to fish with the new Daiwa Tatula SV this past Thursday. There was a lot of hype about this new reel, it didnt disappoint. It was released following the Bass Master Classic by Daiwa. They are currently being offered with a free Huk Tatula sun shirt( a $40 value. The retail price on this new gem is $199. I have had a couple Tatulas since they first came out. I can happily say that these new Tatulas are a world of difference. Not that there was anything wrong with the originals. Just the new SV is really something special. Ive included the SV Spool explanation as their engineers do a much better job of explaining the system then I can. 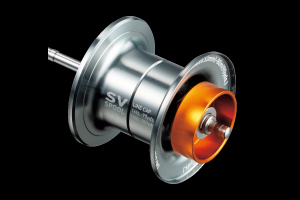 I rigged two identical rods with the new SV Tatula on one rod and another brand comparable reel on the other. I rigged each rod with identical set up weightless senkos. I went back and forth pitching the baits to likely spawning areas. I instantly preferred the new Tatula SV to the other brand. I felt like I had more control when pitching, as well as better accuracy and softer entries into the water. I also had zero over runs with the SV compared to it being a regular occurrence on the other reel. So my opinion is the spool technology works. Some of the cool things I noticed right away. Spool size, takes less line which leads to savings in less wasted line. A 200 yard filler spool will fill 2 Tatula SV’s. 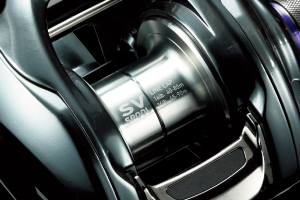 The SV is a winner for casting lighter baits. It is also great for throwing other baits of various weights. The casting ability of this reel is awesome and will not disappoint. Did I mention its also a great looking reel? It is. Although I did not spool up with light line Im told they are great for light line as well. I have no reason to doubt that. The drag is great and more then enough. Daiwa has long been known for quality and great customer service. I anticipate enjoying my new Tatula SV’s for years to come. That said Ill be buying more to replace all of my existing reels. 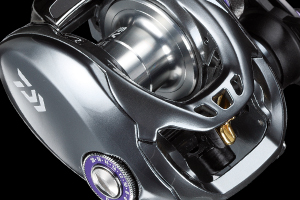 Disclaimer: I am not sponsored by Daiwa, I just love this new reel as it does exactly what I was looking for. Look for another review soon as I intend on buying a Tatula CT R in the coming weeks.
TATULA® SV TW
CRBB = Super Corrosion Resistant Ball Bearing, BB = Stainless Steel Ball Bearing, RB = Roller Bearing