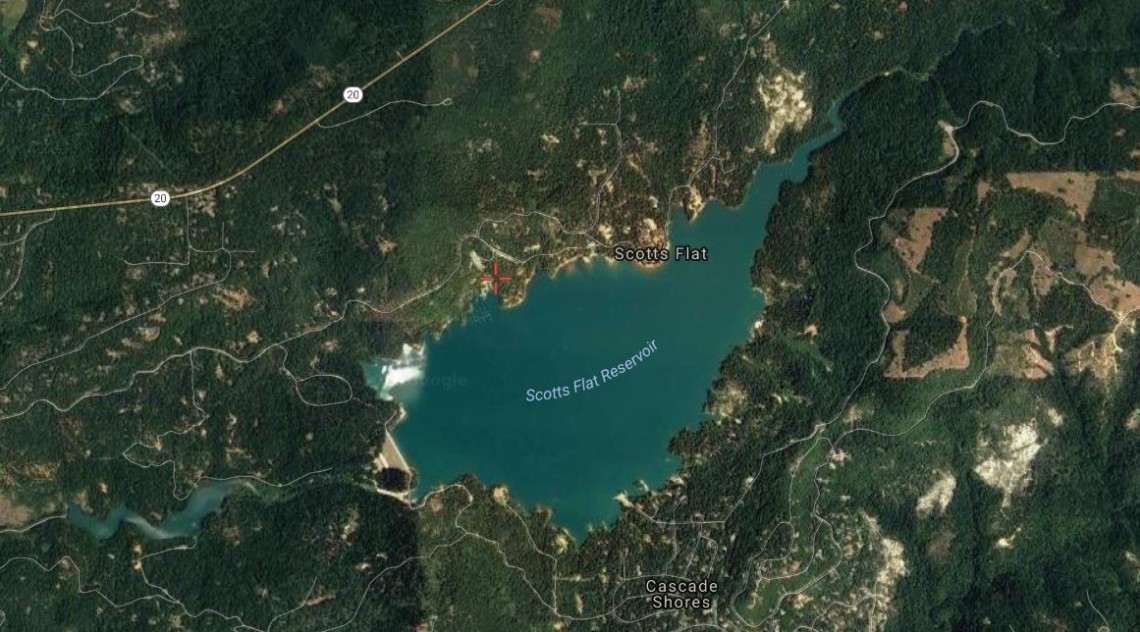 The first trip to Scotts Flat for the season and it sure was fun.

Made it to the Scotts at about 9am and the first thing I found out was that the NorCal 90 Championship was being held there (This is were tears come in). I fished this tournament this year but didn’t make the cut, oh well on to the report.

Scotts is one of my favorite lakes to fish, there is quality smallmouth and really nice largemouth, Today we caught both + 4 nice trout. Its been a really tough year for me when it comes to reaction baits, today that changed, finally! My wife and I started right at the dock I looked over to my left and there sat a smallmouth on a bed two casts later he was posing for Facebook photos. Then we trolling motored around the cove and my wife got her first chance at a bed fish two casts later her smallmouth was landed. 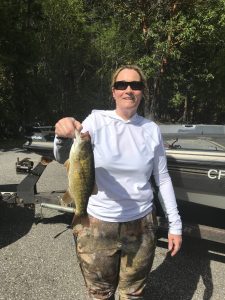 We worked along the edge of the lake looking for quality bass on beds but in between the beds I was throwing a Bass Pro Shop Speed Shad .  The kick on this little bait is just amazing, all year long I have caught fish on it, mostly just dragging it, today it was a reaction bait and a good bed bait. The biggest key to getting the reaction bites was to keep the bait below the willow branches but as tight to the bush as possible. A couple of the bites came as the bait was just falling next to the bush. 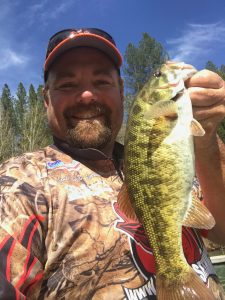 The north side of the lake had more bed fish on it but there were beds consistently all over the lake, the better fish were deeper towards the 8 foot depth but with the wind rippling the surface you really had to know what you were looking for to find them. By no means is this the end of the spawn in my opinion its only going to get better from here. My wife was fishing two baits the tube and the drop shot, the bed fish were eating the tube and the fish suspended in the brush were eating the drop shot.  She was just dragging the tube in 8-15 feet of water, normally the closer we got to  a stump or a big rock that’s when she would get the bites. The drop shot was most effective just worked slowly next to the willow bushes, morning dawn worm shaken slowly then it would just get heavy (if it wasn’t a trout).

Scotts Flat lake is a clear lake at around 3000 ft elevation, it’s not very big but its fun to fish. There are some great camping sites around the lake that are very well maintained. It’s $16 dollars to launch a boat, $31 for a tent site, $36 for an RV site. Next time you’re in the area or have just always wanted to check it out, I suggest you pull the trigger and do it. Email me if you have questions.