Fred Roumbanis is known for his prowess with a swimbait. It began during his days in California and continued throughout his professional career. He has always loved throwing swimbaits. He designed the Boom Boom family of swimbaits for Optimum Baits and has been having great success on the Bassmaster Elite Series with the baits that bear his nickname. He shares how he fishes them and offers some tips on retrieves and how to fish them correctly. 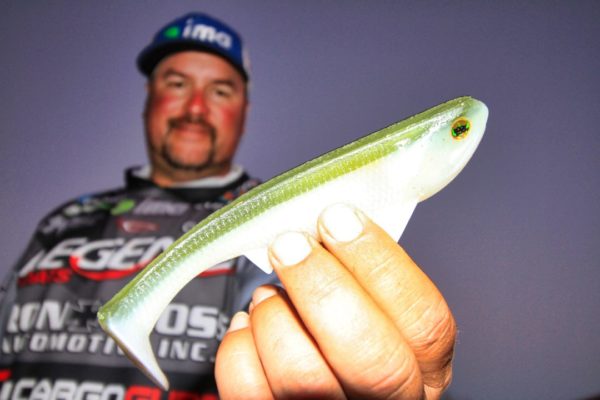 “For a lot of people, throwing a swimbait is intimidating,” begins Roumbanis who also feels that many anglers group all swimbaits in with the jumbo trout imitators. “The 6” Boom Boom swimbait is really about the same size as a big walking topwater bait. It’s also not much longer than a ChatterBait or spinnerbait when you add a trailer to them.” Getting over the initial apprehension to swimbaits quickly stops when you catch your first bass on the Boom Boom.

Roumbanis advises anglers to fish them until you catch a few and gain confidence in swimbaits as they are a great way to catch above-average sized bass. “You have to commit to it and throw it and be patient with how you retrieve and fish the bait. You won’t miss many of the fish that bite it, they will eat it, but it just takes a willingness to fish it until you start getting bit.”