Fished a local club tournament with the Folsom Bass Team. They have monthly events on different bodies of water throughout the year. They also fish draw type events so that members get to fish with many different people through the year. Works really well for those just starting out without a boat!

I don’t fish Folsom that often and had only been on the lake twice in the last year prior. Both days were prefishing for this club event. The week before the event was the BPS annual tournament. Needless to say the lake was getting pressured. During prefish with a high bright sun and lots of boats on the water after several hours of trying to put something together I got was I was looking for. The fish I had been able to catch were spitting up tiny (half to one inch) pond smelt. I downsized to 3” Ned Rig Robo Worm in the prism shad color on a quarter ounce Ned Head by Z-man. Past experience on Folsom taught me these fish tend to bite garlic scented baits for me. So applied some Mikes UV garlic scent, just tipped the tail in some chartreuse Dip & Dye and it was on! I managed a number of decent limit fish and 2 that were in the 3.5 range. This was during the BPS event, in tough conditions with several boats around me.

Well a week passed, the weather changed severely and it was time to fish. My team partner and I put together a route and were off. First stop was a small island on the tip of a long tapering point. With the overcast weather and a approaching storm I thought there should be a reaction bite. No takers on any top water for me, but I did manage a small keeper on a Mega Bass +2 rip bait. These baits aren’t cheap, but they are worth every penny. I haven’t filled the boat with them, but I usually seem to get a few. They also get down in the 12 foot zone and there is very little resistance while working the bait.

That was it it for the reaction bite. My tried and true Ned Rig from the week before produced not a single bite! Luckily my team partner was experimenting and found what they seemed to want. An 1/8 ounce shaky head with a Jackall 5.8 flick shake worm in watermelon candy. I kept my Ned Rig on, but changed to a green pumpkin color and the bite was on. Problem: all of out fish shrank! We caught enough and managed a cull or two, but only came in with 7.7 pounds, ouch. The leaders had close to 16 with a 6lb kicker! 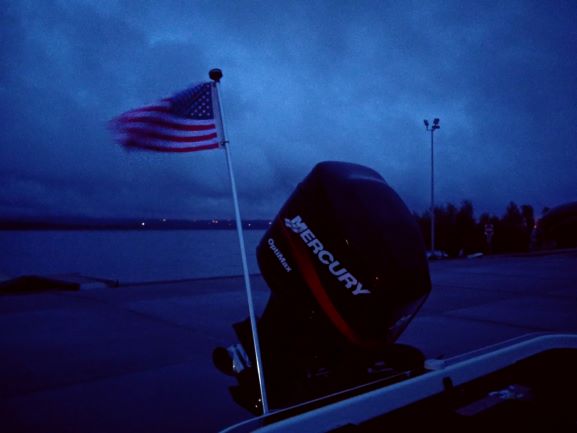 The next morning brought similar weather but with the forecast of possible thunder storms. Luckily there was no lighting during the course of the day, but a storm cell pushed through mid day with heavy winds and no place to really hide from it! We fished different structure at different depths without much success. We finally decided to tuck in behind a hillside that had a long grass cover flat behind it. If you’ve never fished Folsom it’s a reservoir that fills in the spring, IF we are lucky enough to get rain and by the fall of the year can represent a river rather than a lake. This flat we were fishing looked awesome, but water is for the most part not covering it throughout the year.

The water was flat here and had top water written all over it. It took several attempts but finally I landed our first top water fish of the day. It was a very slow retrieve with an original Vixen. I had the boat out on 10 foot of water and cast directly in front of me. Within a few minutes we had another and our biggest fish of the event. Not a giant by any means, but a 2.8 largemouth in these conditions was very welcome. I managed one more on the Vixen. There didn’t seem to be a pattern we could stick with, so it was fish what’s in front of you and continue to experiment.

The weigh in came an hour earlier than the day before. We managed 8.9 I think it was. A number of the guys really struggled. A few that had decent bags on day one only managed a couple small fish, it was tough! We moved a few places to end up in 9th place. A fun and challenging weekend of tournament Bass fishing! To me that’s what it’s about.

I mentioned a number of baits in this report. I’m just a weekend tournament guy. I pass these on to you because they worked for me in these conditions, and I hope they will help you out. I share my experience with RB Bassfishing as a way to try and help those out that might want it, or enjoy reading about our outings. It’s all about how we enjoy life.

Remember to care for your catch. I see lots of videos with some guys letting the fish hit the carpet and holding fish out of the water for way too long for pictures. Carpet is bad, and the fish shouldn’t contact it, PERIOD. Pictures are important, I get it, but maybe get the fish in the live well with some cool water and a healthy fish additive like Rejuvenate of G-juice for awhile and let them settle down. These products work. One of the fish I caught had a treble in it’s gills. I cut the hook out, pulling it out would have dislodged a gill. The fish was bleeding badly and I thought it didn’t stand a chance, but getting it into the live well with the additive helped it to swim away at the end of the day. Protect the resource, with all the modern equipment we have today, we are much better at catching. 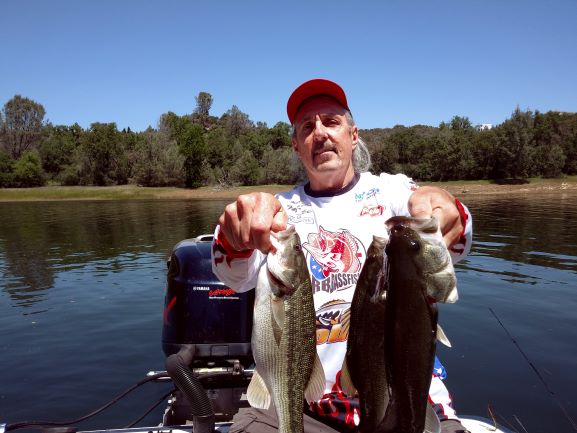 I also promote #OUTDOORPROSHOP and #MONSTERFISHINGTACKLE because of their service to their customers. Give them a try if you haven’t already.

Have fun and be safe!