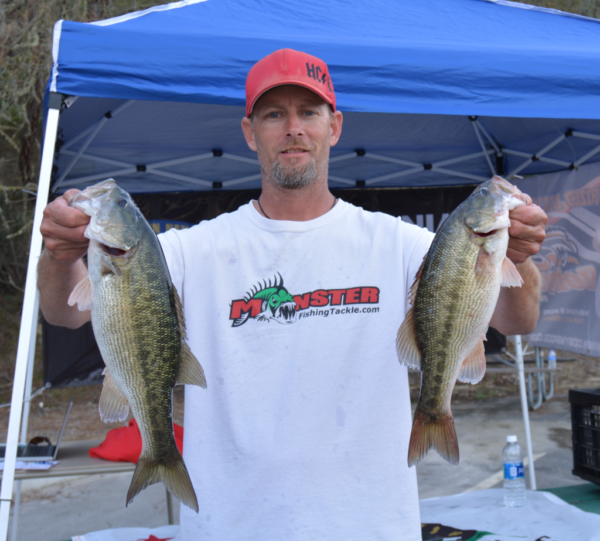 Hemminger is one of 20 anglers on the newly assembled state team that will compete on Lake Shasta in April 2017.

NACIMIENTO, Calif. — The California B.A.S.S. Nation has filled its state team for 2017 with the conclusion of its Southern Qualifier, Dec. 3-4, on Lake Nacimiento.

Jason Hemminger of Oxnard won the boater division of the two-day tournament with 20.7 pounds. Rodney Scott of Yuba City won the nonboater side with 11.21 pounds.

In October, Brian Kennemer of Bakersfield won the boater division of a two-day tournament on Clear Lake with 40.55 pounds, and Wallace Hemminger of Oxnard won the nonboater side with 22.14 pounds.

The state team, made up of 20 anglers based on finishes in these two tournaments as well as their overall points standing, advances to the 2017 Academy Sports + Outdoors B.A.S.S. Nation Regional presented by Magellan, on Lake Shasta in Redding, April 19-21. The top boater and top nonboater from California at that event advances to the 2017 B.A.S.S. Nation Championship with a chance to compete for a spot in the 2018 GEICO Bassmaster Classic presented by GoPro.