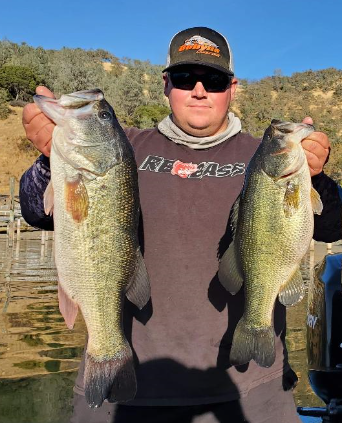 I joined RB BASS in the summer of 2017. I had known about RB BASS for a few years at this point. In mid-2016 I met Ryan Hall, him and I started to fish tournaments together. Our first tournament was little Turkey Shoot on Folsom Lake on Thanksgiving morning and while this event was going on we both decided this wasn’t our strong suit.

In the spring of 2017 we went up to Clear Lake and stayed with one of the owners of RBBASS Bob Tyler. At the end of that weekend Bob told me to send in an application to Randy Walker and he would see what he could do about getting me on with RBBASS. The following week Randy had emailed me back saying he would send my info to Ron Howe and Ron would give me a call to discuss the details of the program. Shortly after Ron and I had a conversation about his expectations and I told him what my goals were.

At that point was when I began the honor of calling myself part of the RBBASS family! It has been such an amazing opportunity for me and my fishing career from fishing with several hammers to sitting around the grill having some beverages and talking fishing.

These guys always have each others backs and that is what is great about the RBBASS brotherhood. I can’t even begin to describe how much information these guys have and how they are always willing to give helpful tips to point me in the right direction. I am very blessed with the opportunity to be apart of such a great program with an amazing group of people.