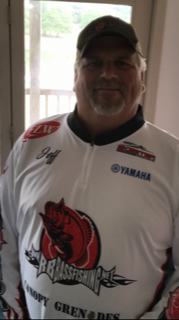 Jeff Jewell
Oxly, Missouri
How I came to join RBBass:
I’ve known and been friends with RBBass founder Ron Howe for 15-20 years, we’ve fished together a few times and competed against each other in several different NorCal tournament circuits. Even as competitors Ron and his partner Bob have always been very open and sharing as to current conditions, and what they’ve had success with to me and my partners, as well as were with them.
I watched as Ron and Bob started RBBass in the beginning and was probably one of the first guys to get a discount code from Ron. For several years in a row I won the free ISE show tickets by commenting on RBBass posts.
In my mind, I had always wanted to join Ron’s team, but he already had several anglers that fished the Delta and Berryessa on the team and felt I really couldn’t add much more that the guys already in RBBass as those were the two main body’s of water I fished.
In the summer of 2015, I retired and moved to Southeast Missouri and started a new adventure in trying to learn several new bodies of water. In the summer of 2016 Ron opened RBBass up to a few new anglers, and I thought I could help expand RBBass to a wider audience with reports and story’s from the Midwest.
Joining RB has been a very rewarding experience, not only do I have a large group of Anglers to draw fishing advice from, these guys truly treat you like a family. We have Anglers that compete in all kinds of tournaments from FLW Tour to local teams and Kayaks yet no one acts superior to anyone else. Being a member of RBBass allows me to represent the brand, start fishing conversations at the ramp, be on the look out for something to write a feature article about, and share my experiences with others.