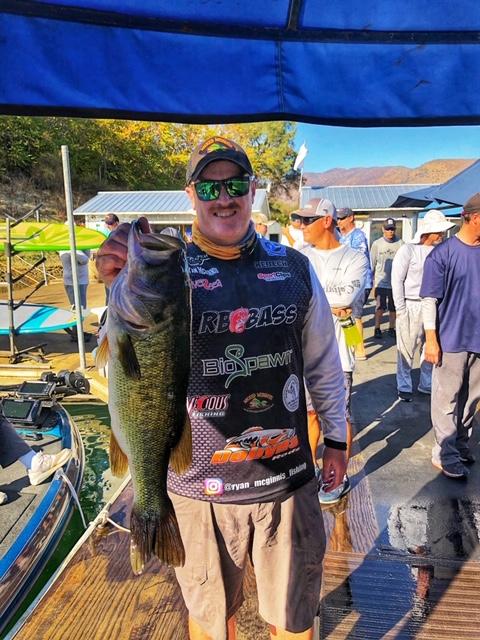 My love for bass fishing started as a child. Unfortunately, due to my year round involvement in other youth sports much of my time was spent on football and baseball fields but as I got older and I hung up the cleats I realized something was missing. That something was competition. I didn’t only miss competition but in a way I needed it and bass fishing tournaments allowed me the opportunity to do the one thing I truly love while also being able to compete.
The rush I got from prepping, practicing and blasting off on tourney day was like nothing else I had ever experienced in sports. For the first time in years I felt like I was doing something that brought me complete fulfillment. The outcome of the tournaments were a different story but the losses only made me want to succeed that much more. The desire to become a better angler meant I had a lot of work to do so one of the things I started to do was I tried to learn more about those I was competing with and against. That’s when I started to notice a group of guys with RB Bass jerseys at every tournament. There was always a big group of them hanging out together at weigh ins and they always had guys in the top payouts or they were just flat out winning. I noticed the camaraderie these guys had and their passion for the sport seemed to match my own love for the sport.
I would follow RB Bass online for several years. They would put out quality content, in depth fishing reports and product reviews and they continued to flat out dominate the local tournament circuits but the one thing I continued to notice above all that there was a camaraderie amongst these guys which is hard to find in an individual driven sport. They wanted each other to succeed. If one guy won, RB Bass won. In addition to the camaraderie these guys were apart of the RB Bass brand but they were also able to have a platform of their own which enabled them to promote their individual sponsors and partnerships. The more I followed from afar the more I wanted to be apart of RB Bass.
Being a co-angler and without a boat I thought joining the team would be a long shot and for the most part it was until a couple years ago when my team tournament partner introduced me to RB Bass co-founder, Ron Howe. After fishing with Ron and hanging out at a few RB Bass functions I was brought on temporarily as a sort of probationary period. Then in 2017,  I got the formal invitation to join RB Bass.
Since joining RB Bass in 2017 I have experienced the same camaraderie that I witnessed at the tournaments in the years prior. When one of us wins, we all win. RB Bass has also allowed me to have a platform of my own that I may not have had otherwise. With that, I’m able to promote my individual sponsors through product reviews and fishing reports without being censored from the chief editor. When I need advice on a body of water there’s always a group of guys willing to help with some tips. RB Bass has helped me become a more knowledgeable angler, allowed me to fish with some of the best sticks in the sports but through it all I have made some great friendships. Couldn’t be prouder to be part of something unparalleled in this sport and to be doing it amongst some of Northern California’s best bass anglers.