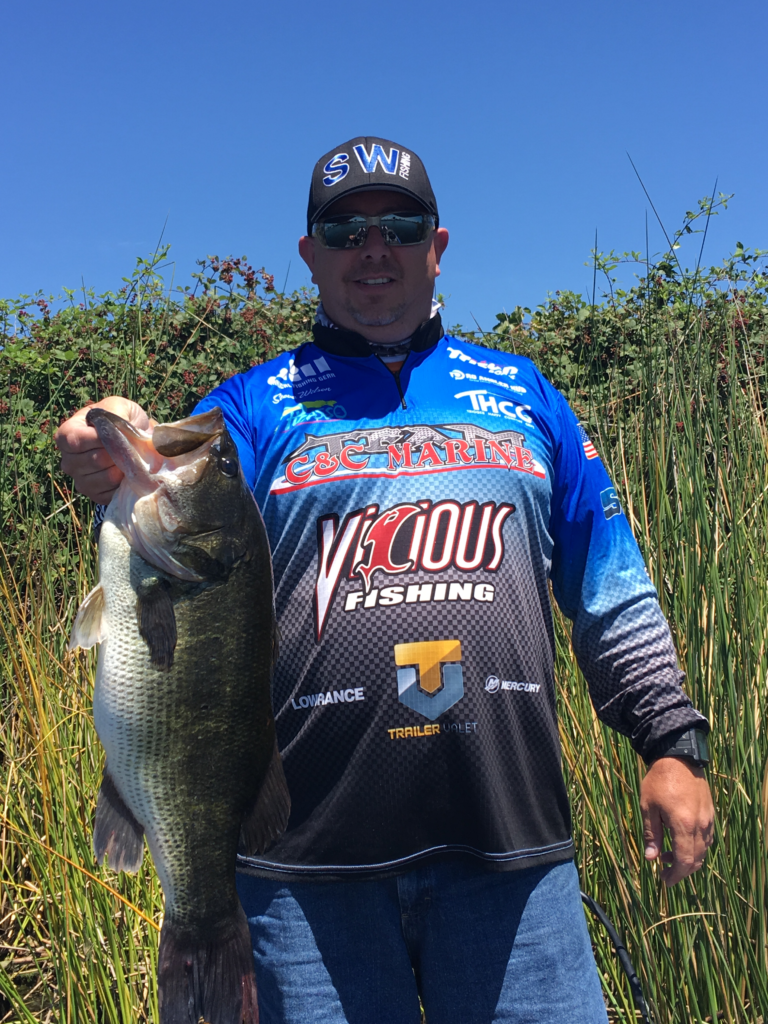 I get asked from time to time about RB Bass and how I become a member, it wasn’t easy that’s for sure. A few years back when I was fishing the Bass nation tournaments I got paired with guy named Michael Coleman and we started pre-fishing for tournaments together. After each pre-fish and tournament he would make a video or write  something up on the drive back. Iv seen RB Bass jerseys around  and knew what it was about but never really understood. As a matter of fact, about a year or so before I was accepted as a member RB Bass, my daughter and myself had fished a BBT tournament and as we were driving out of the launch ramp parking lot I noticed a truck with the hood up so I stopped and asked if they needed help. A big guy came walking around the truck and said his battery was dead. I told him I could take him to Walmart to get a new one and he jumped in. As we drove I noticed he had a RB Bass jersey on. We chit-chatted about it a little on the drive there and back. As he jumped out of my truck and shook my hand in thanks I noticed his name was Bob Tyler. After he got the truck fired up I said take it easy and left. Iv been on a lot of different pro staff’s over the years and knew what I had to do for the company but I’ve always wanted to take it up to the next level but really didn’t know how. So one day I asked Mike about it. He said he was part of RB Bass and he’s doing reports and such to get his name out there. I told him I want to be a part of RB Bass, what do I need to do ? He said you just don’t apply and get in, you have to prove you belong. You see, RB is a brotherhood of sorts. We don’t just write reports and do videos. Every person on RB is like a brother to me ! He said start working on social media skills and start doing some videos and reports. Shortly after Ron Howe called me up and told me what I needed to do to be accepted into RB Bass. Over the years I have learned so much from all of the members of RB Bass. Its helped in so many ways. Doing events such ass expos and other have helped with my social skills tremendously. Talking to companies used to be very hard for me and now, with what iv learned from my brothers, its easy to contact and talk to companies. Its helped a lot starting my mobile tackle business and even helped me get a deal on a new triton boat. Something I never thought I would be able to get.
Steve W