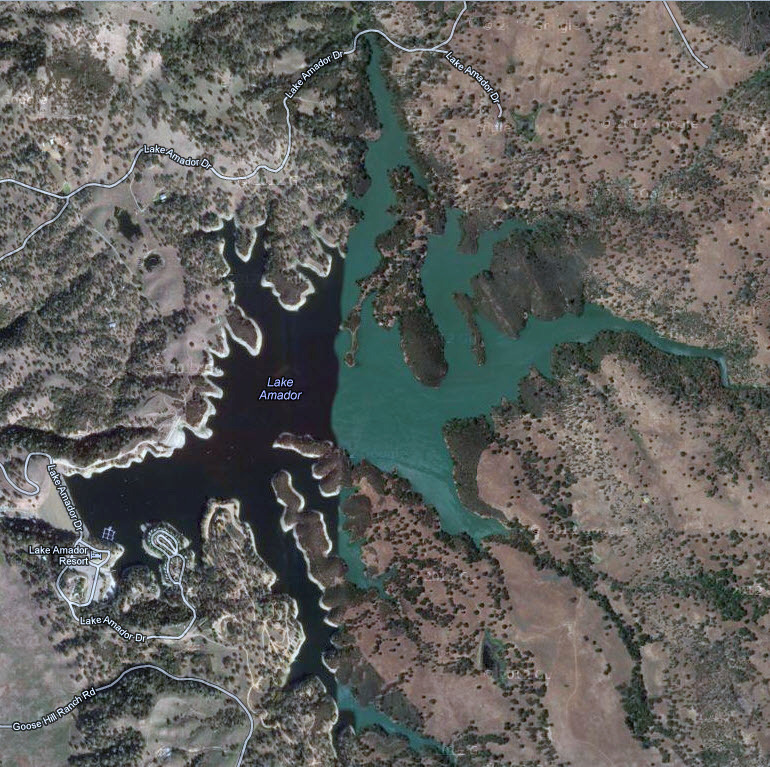 Lake Level: Down about 70ft below full

Headed out to Lake Amador Sunday around 11am to see what I could put together for a fall pattern up till dark. The lake is down about 70ft from full and slowly dropping until the rains arrive. I would like to add that the road entry to Amador has been paved nicely. So no more feeling like your off-roading to get up the hill below the Dam. 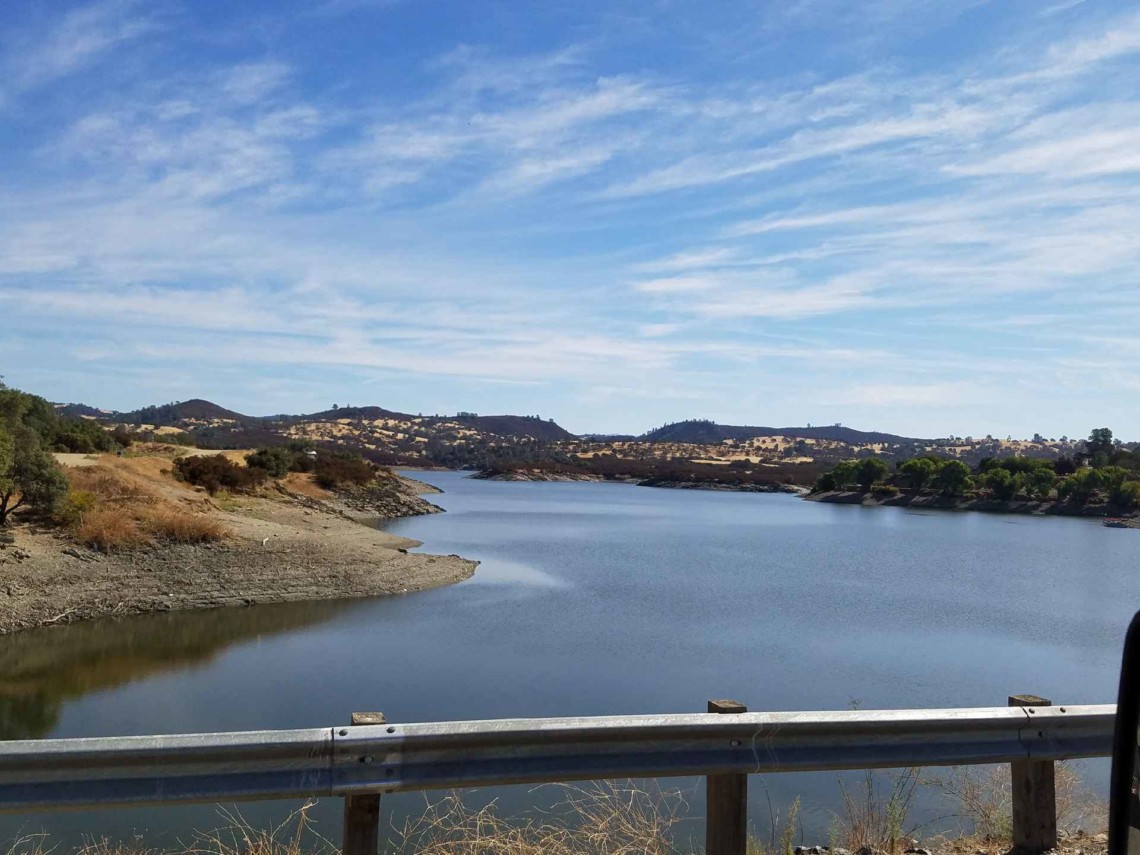 I ran up a creek arm where I remember there were large numbers of baitfish in a small local tournament 2 weeks before. I checked my graphs around the area and noticed it baron of bait fish anywhere. I headed back towards main lake and stopped in a large cove and threw my Heavy Limits Light wire A-rig around loaded with Keitechs and found fish suspended in 15 feet of water in the middle of coves. First fish landed was a 2.5. I could not get any quality fish near the shore line so I went out to graph the main lake points from deep to shallow. I noticed a lot of fish across the lake were suspended in around 15 to 20 feet of water and balled up. I continued to throw the A-rig and counted it down to 15 feet and began reeling. This put another 6 fish in the boat but all small 1.5 to 2.5lbs. A lot of fish were hanging out in mouths of coves, but not in the back of the coves or shallow. By mid-afternoon the clouds rolled in and provided great cover and though out the day I had noticed bait were slowly being pushed up towards the surface and feeding activity was beginning. I knew that if I got in the right place and the clouds stayed I would start seeing some awesome topwater action. I started searching and watching closely to see bait balls being pushed to the surface and being crushed. This worked and I started throwing my blade runner through the bait balls that were being slammed and I had a fish on every time. I then saw a big one come up and slam some bait within casting distance and chucked my River2Sea Bubble Walker passed blowup and slowly walked and paused. The fish absolutely crushed it and was a decent 4+. The poppers work well In this situation because the fish thinks it wounded a bait fish. 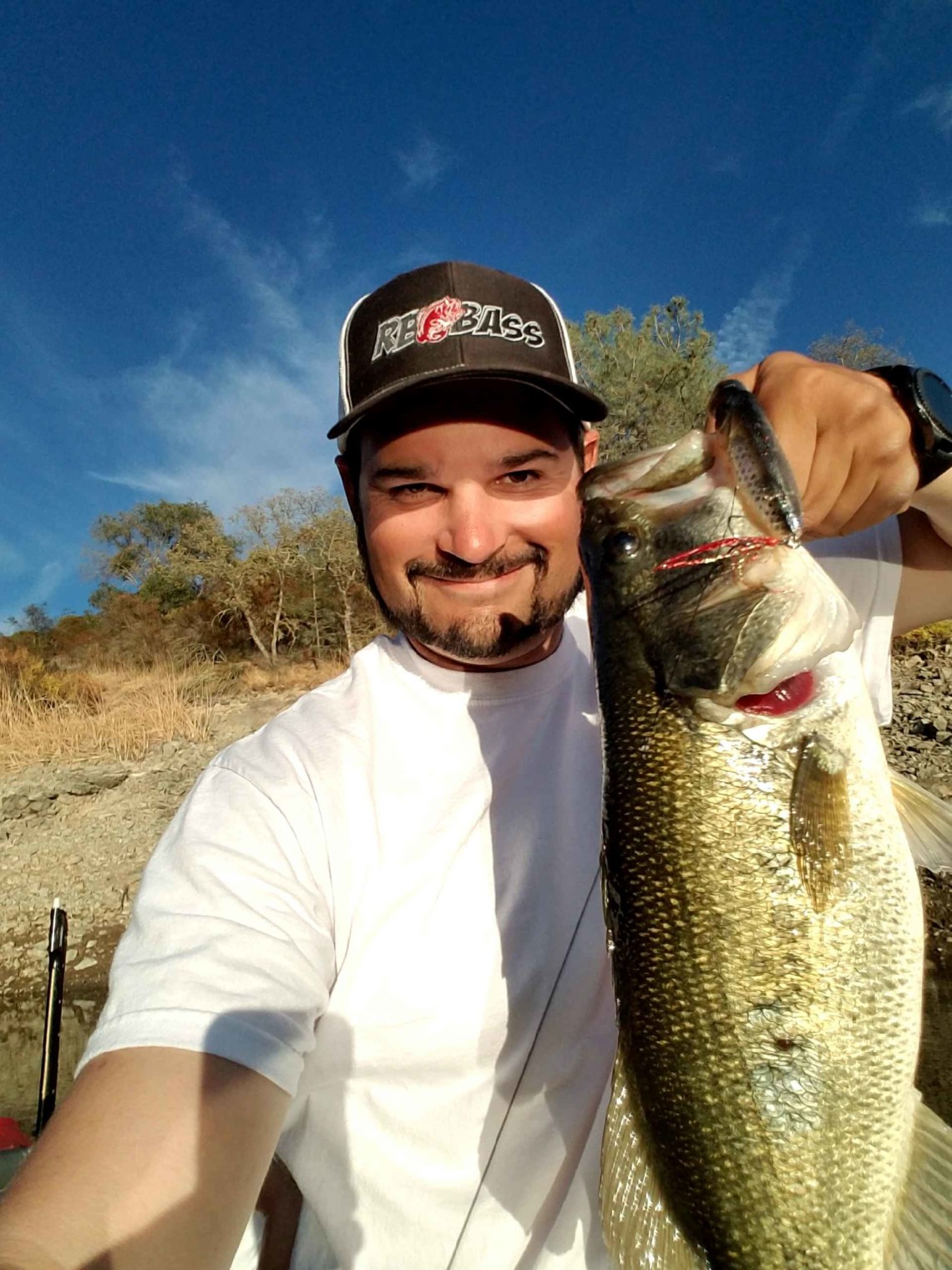 I continued to follow this pattern around watching for fleeing bait on the surface and kept loading up on small fish. The Blade runner was definitely the ticket for fun in numbers but the quality was on the R2S Bubble Walker. Close to dark I saw another bait ball fleeing and cast the blade runner to it. I loaded up and immediately noticed something different while the fish I hooked was spinning. I knew it wasn’t a Bass. I landed it and it was a decent Rainbow Trout was chasing the shad. 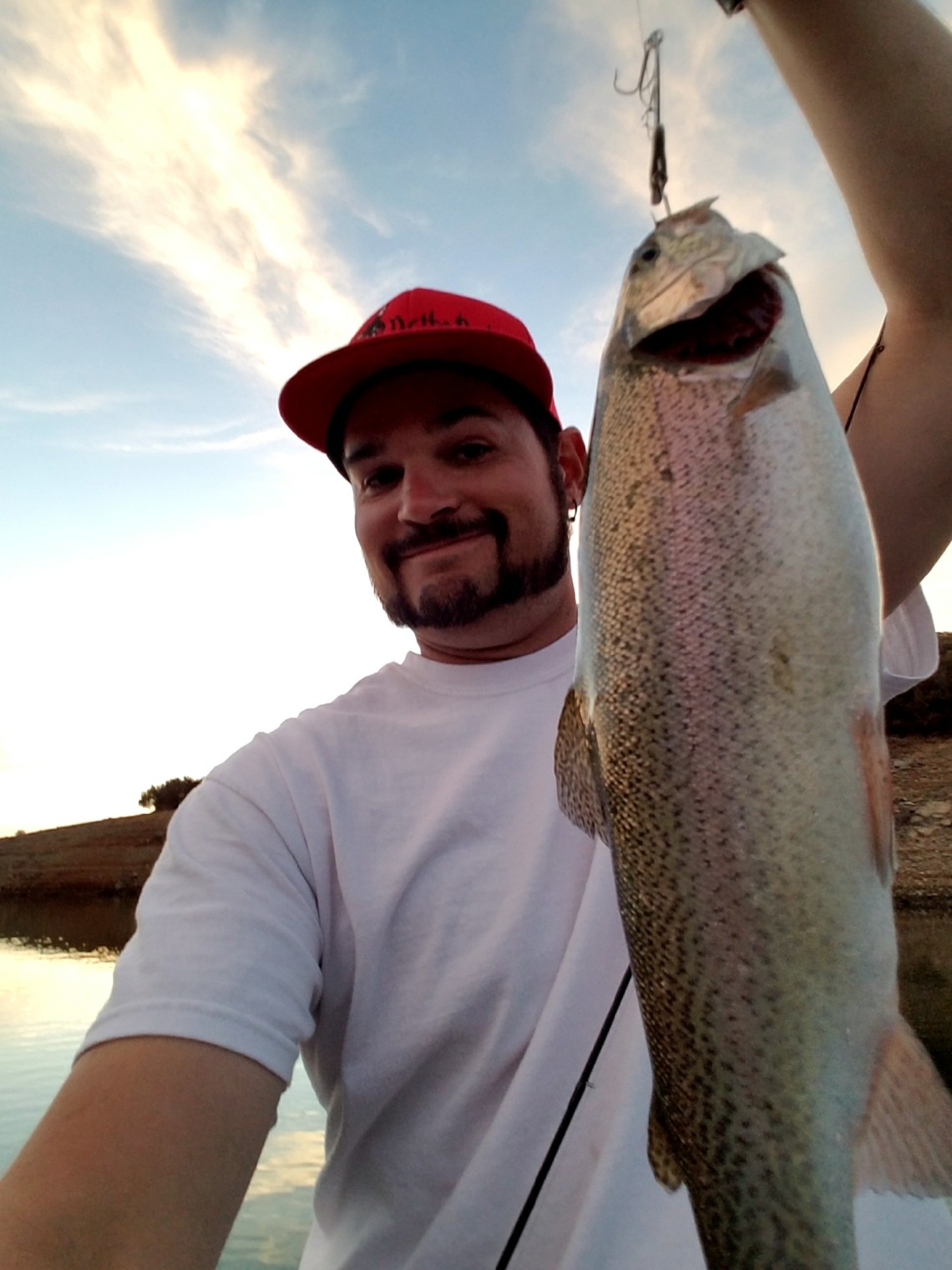 I ended the night throwing a whopper parallel to shore lines and had a massive blowup, but I couldn’t get her to go. Last fish of the night came on a Canopy Grenades Jig and Missile baits DBomb trailer after dark on a shallow point. 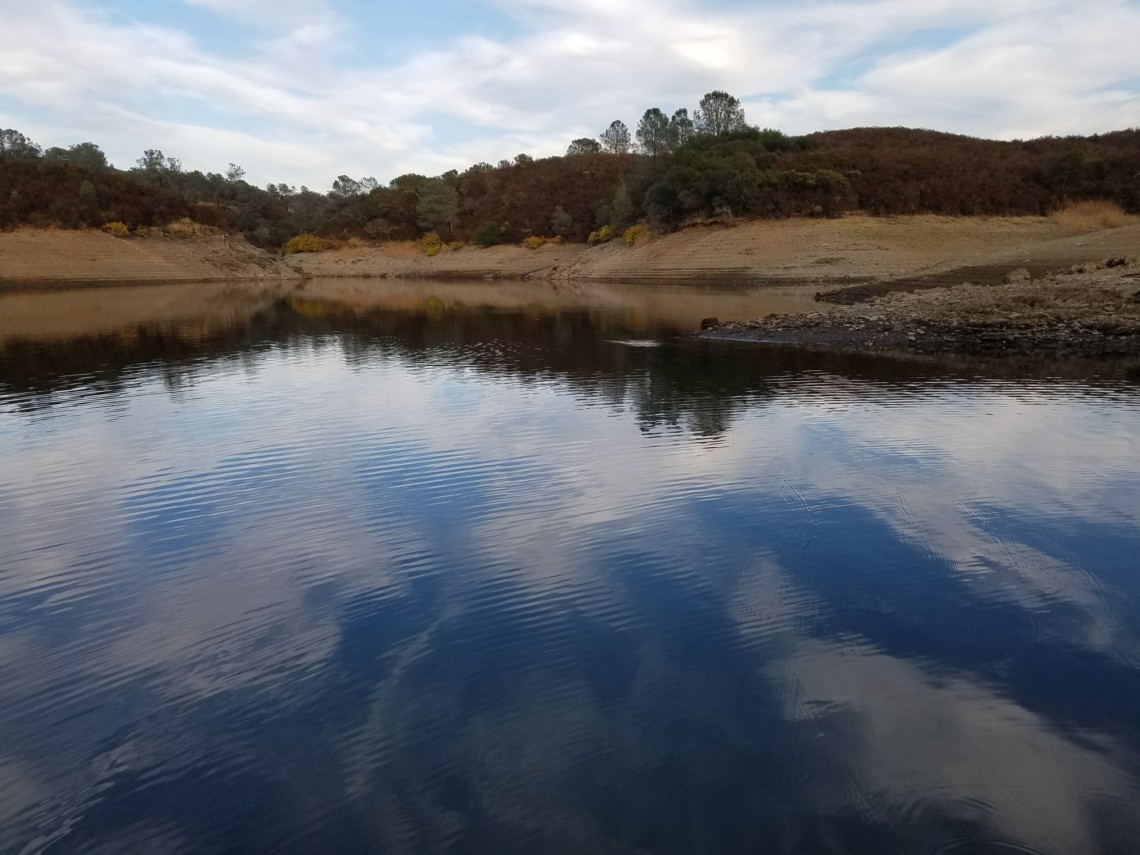 Recap: If you head out in the afternoon right now I would target suspended fish and locate bait, believe me there is plenty of it! Throw Poppers, spy baits, blade runners, A-rigs, drop shot, swim jigs and spinnerbaits. When the bait is blowing up on the surface on a cloudy day or in the evening, it’s a great time to take a kid fishing because it is exciting to watch and when the fish are fired up it’s a nearly guaranteed catch with the right presentation. Thanks for reading, see you on the lake! 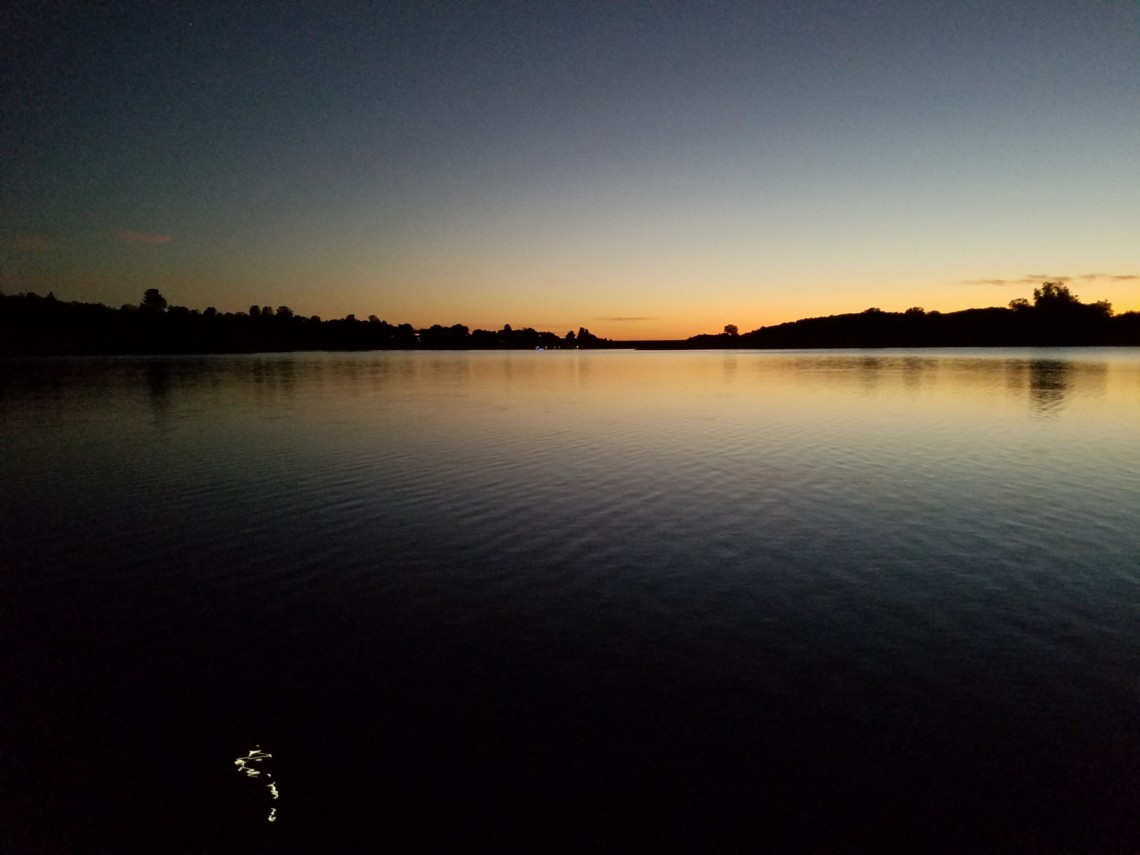