With all the warm weather this winter the fishing has been better then average, to say the least. On Thursday January 4th,  I took a trip with fellow RB Bass angler Ryan McGinnis to Lake Berryessa to pre-fish for the upcoming Bigolpig staff event that was being held on the 6th. 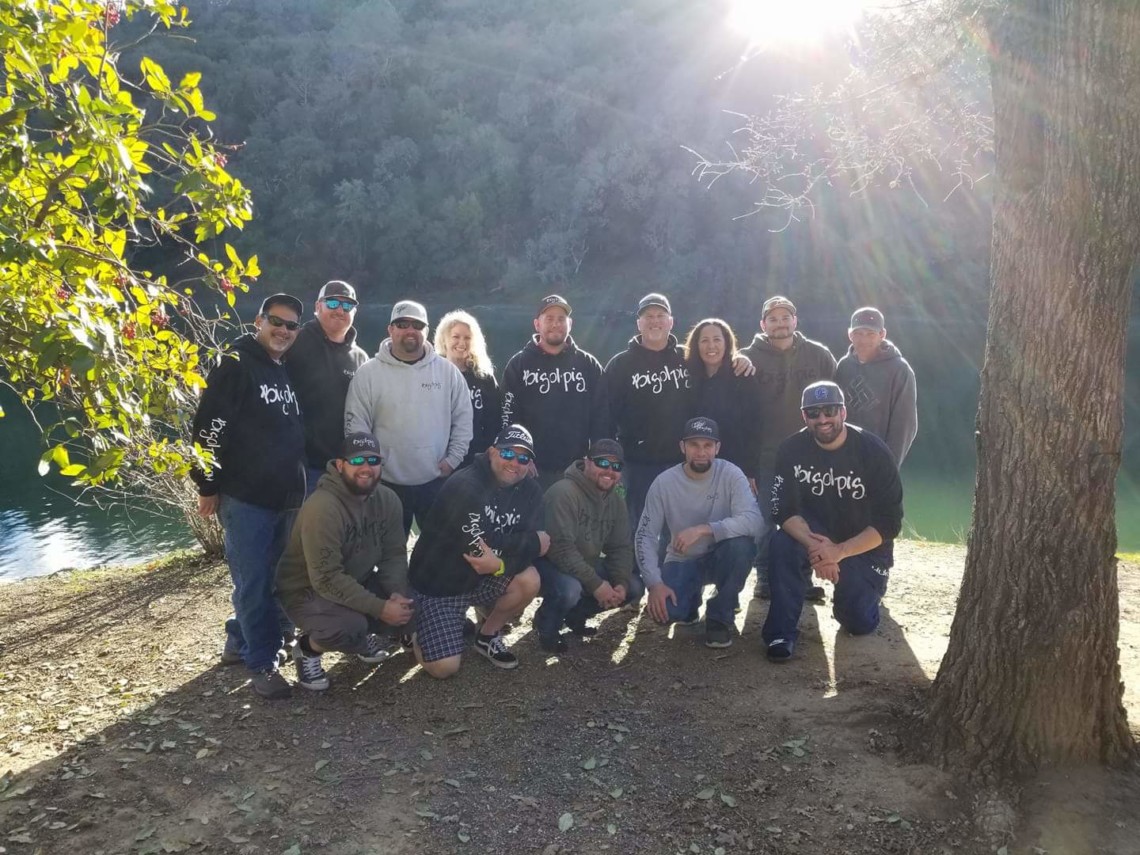 When we arrived at Markley Cove at 7:00am that morning the air temperature was warm for January at the higher end of 40 degrees. The sky was completely grey with storm clouds approaching and the water was downright warm at 54°.  As we got started, my primary goal was pure and simple: find bait fish. We searched through the narrows at a couple key spots and tried graphing bait in multiple depths of water at 10-25.’ We didn’t have much luck in the first half hour so I decided to run to the main lake to search a few key points that I had waypoints on.

We found what we were looking for as soon as we got there. Ryan immediately hooked up on a fish under the boat with a dropshot. I threw a heavy limits A Rig with Molix 3.8 RA Shad and was marking a lot of suspended fish on my graph, so I kept the rig in the middle of the water column. On my second cast BOOM! I landed a nice 3lb smallmouth. The fish absolutely crushed it! We kept it going just like this for most of the morning and caught fish continuously on both baits. I could literally pull off a point for thirty minutes, come back and it would be  reloaded with fish. It was great! At one point, I casted out the Rig and started marking a ton of fish under the boat.  I burned the bait back to the boat to grab my dropshot and, just as the bait was almost to the boat, I saw a fish well over five pounds following the bait! At that point, I decided to pull off and leave that spot alone until the morning of the tournament. 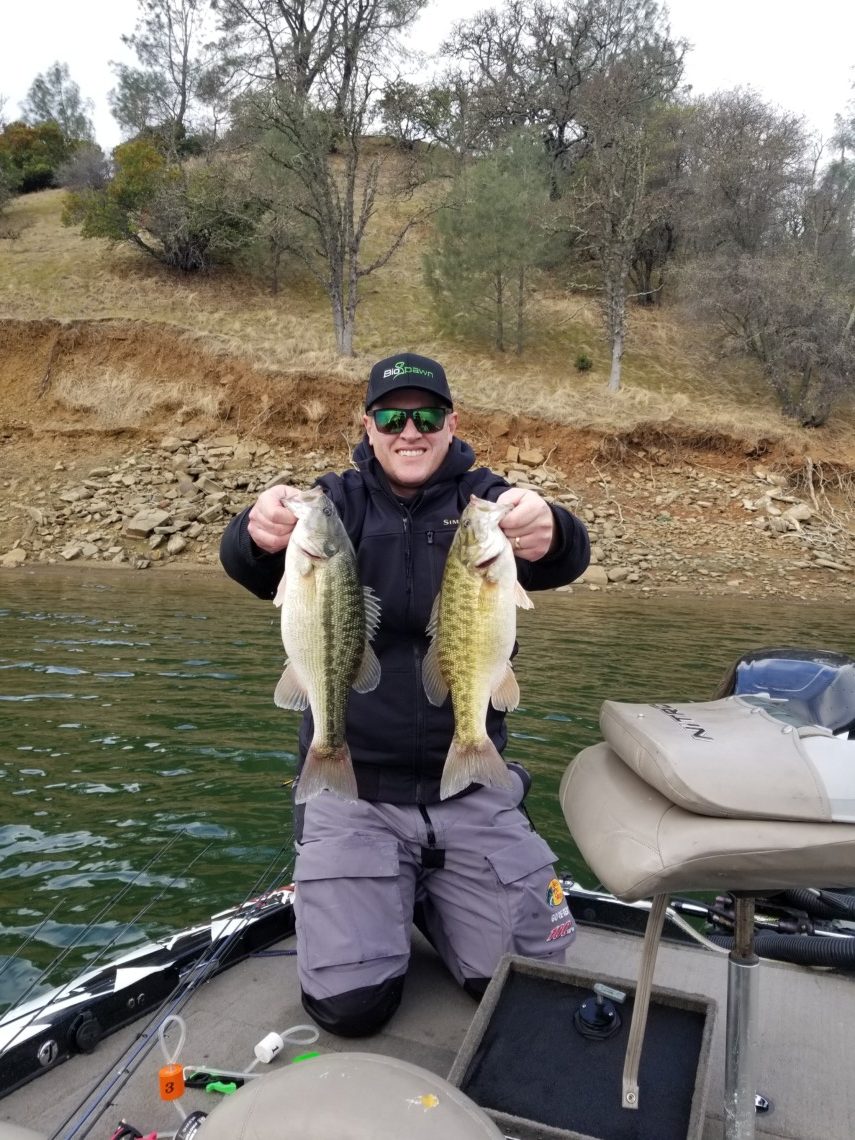 We then ran over to the backside of the small island and Ryan hooked up on a solid smallmouth throwing the RA Shad on a ball head. By this time, it was early afternoon so we went back into the narrows. We spent our last hour fishing over island tops and rocky points. The bite definitely slowed down, so we decided to head back in. I was confident after the pre-fish, that I had a good pattern for the tournament and that I would need to catch my three fish limit by 11:00 a.m..

The morning of the tournament, I headed out to Capell Cove and met everyone at 6:30am to prep for our 7:00am launch. Unfortunately, my fishing partner didn’t show up, so I was one of two solo boaters for the event.  Given I had such a great pre-fish, I still felt confident even without a partner.  I had a good game plan.  The water temperature was the same, but the air temperature was colder at just 39° and, unlike my pre-fish, the fog came in and was thick.  It’s always hectic driving in fog that’s as thick as pea soup, so I took it slow.  I was glad to see that once I got to the main lake, the fog was gone…so I was able to relax and just get right back into focusing on my plan. 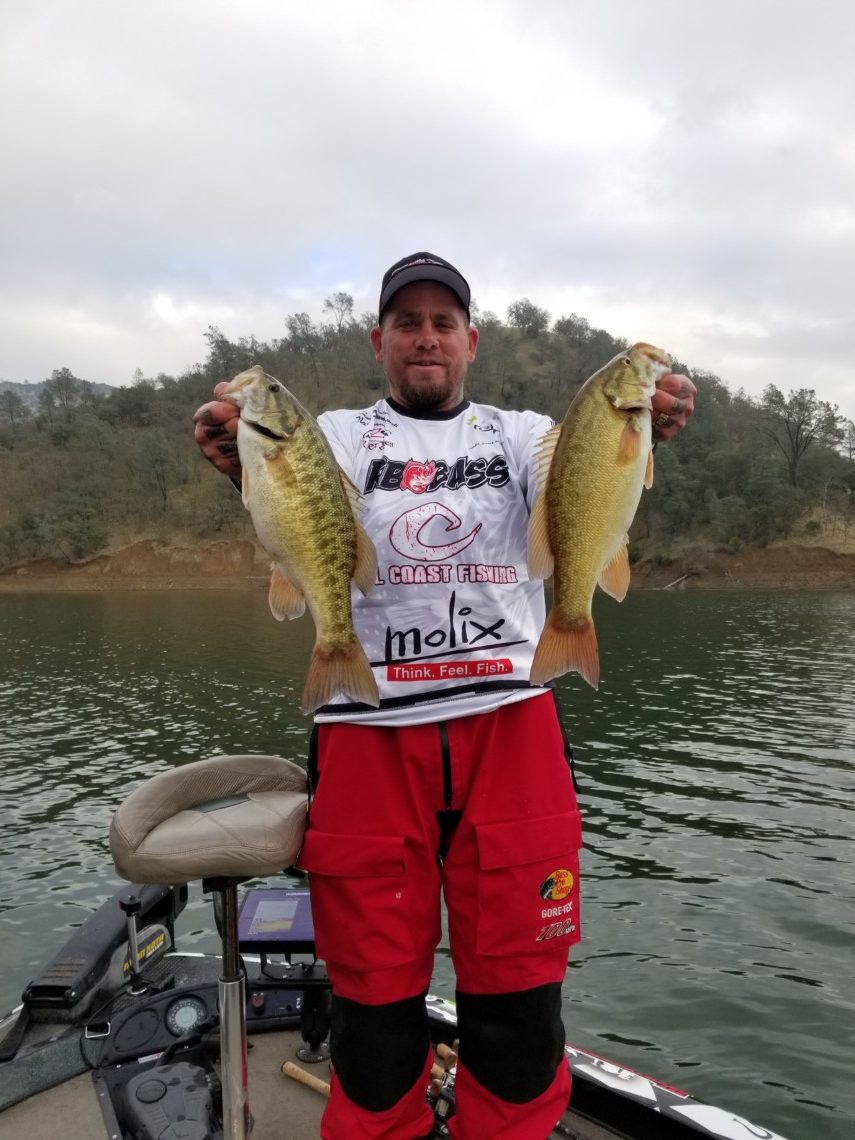 I went straight to the point where I had the big follower.  Staying far off my target and keeping things as quiet as possible, I made a long cast with a 5″ Senko. After about six casts with no bite, I put that down and fished exactly the same way I did during the pre-fish. I grabbed my A Rig and, on the second cast, BOOM! A three pound smallmouth. I got her in the boat, put my Clip n Cull on her and put her in the live well. A couple more casts and BOOM! BAM! I had my three fish limit in twenty minutes!  It was great!  I continued to mark fish and catch them, but I couldn’t buy a bite over three pounds. I knew I had a decent bag, so I kept grinding. I literally fished a 300 yard stretch for most of the day switching from dropshot to the A Rig and caught about 25 fish for the day!  At 1:00 we met back at Capell Cover for weigh-ins . In the end, I ended up getting third place with 7.5lbs. Bobby the owner of Bigolpig won with 8.8lbs and Dustin Keen got 2nd with 7.14lbs. It was a great time with good people and some fantastic fishing. 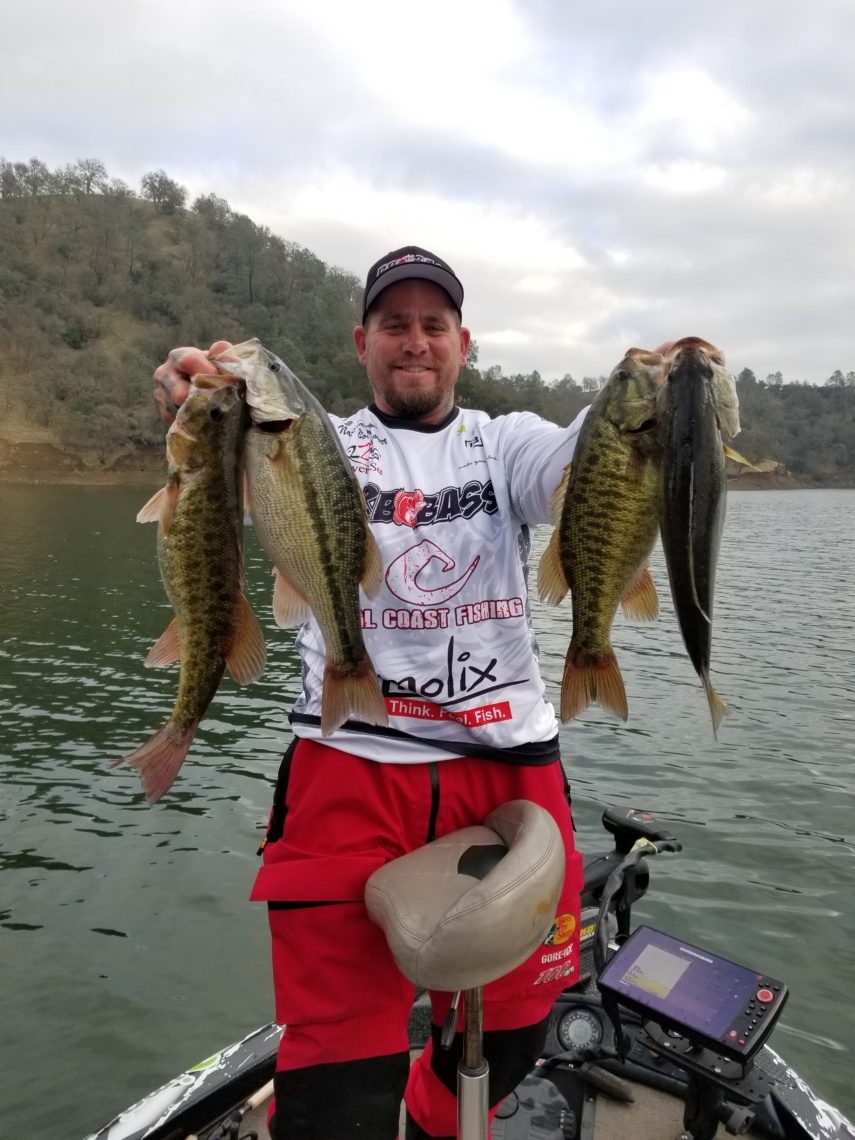