Fishing had been pretty good at Lake Don Pedro recently. Water temp has been ranging between 55 and 60 degrees. On calm sunny days you can see many fish cruising the shallows. Fish are being caught anywhere from super shallow to 50 feet deep. 20 feet deep has seem to be the magic number for us with jigs and senkos getting the most bites.

While prefishing for the Central Valley Best Bass Tournament we found a good concentration of better fish towards the back of big creek. These fish were using the creek channel as a highway to head towards their spawning areas. Wacky rigged senkos seemed to get the most bites. The fish ranged from 3lbs all the way up to an 11lb 2oz monster that became my new personal best. 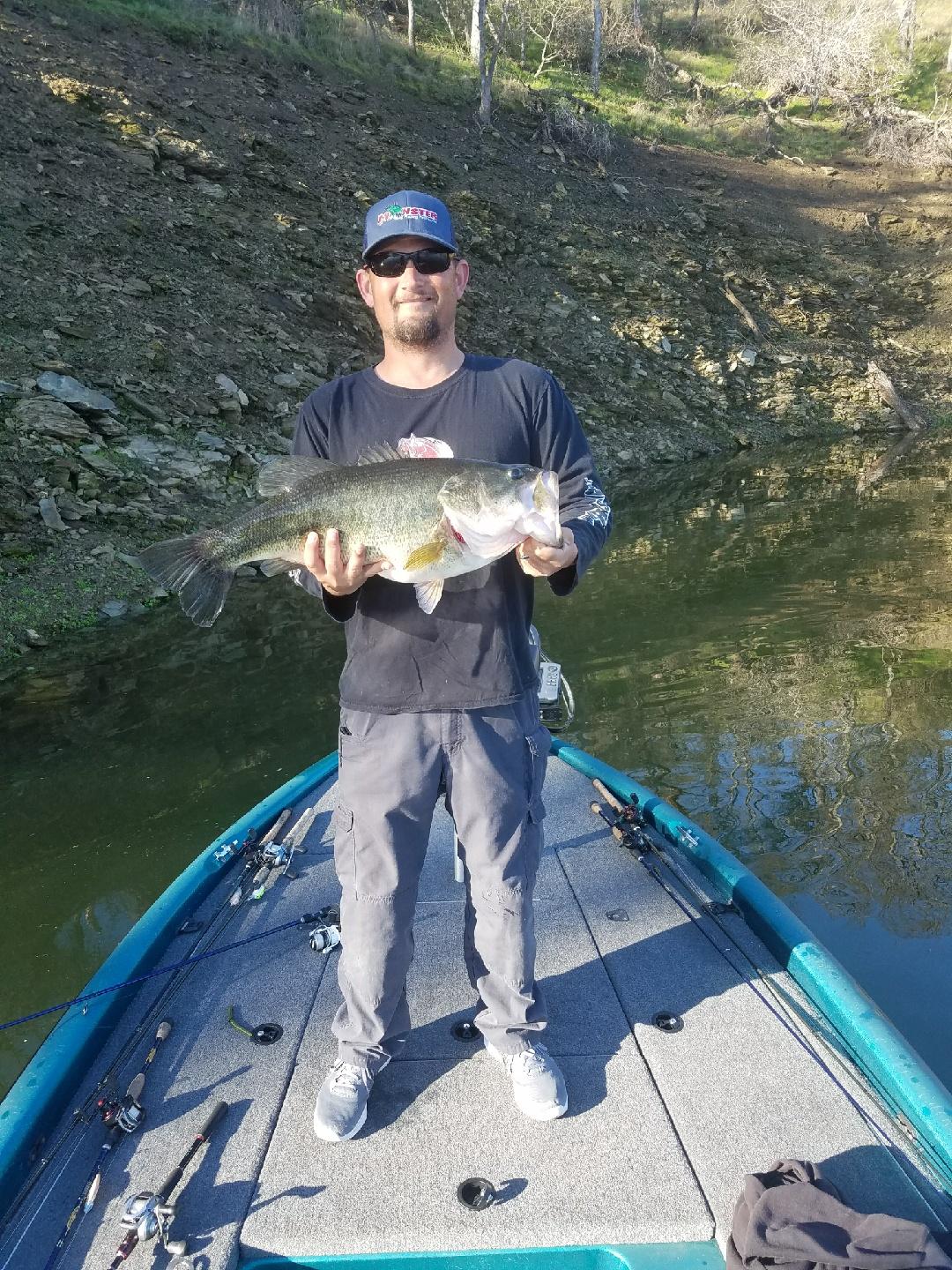 During our next prefish we decided to try and duplicate that type of bite elsewhere and really couldn’t find the size we were looking for. We did spend quite a bit of time throwing reaction baits but nothing worked for us. Tournament morning we made the decision before we launched the boat that we were going to try and get to our big fish area and spend most of our time there. The stars were aligned and someone was looking down on us that day for sure. We blasted off early in the first flight and were able to get to our spot with no one around. I instantly went to work throwing the senko on 6lb Berkley trilene 100% fluorocarbon while the teammate threw a jig. Didn’t take very long before the first fish was in the boat and we realized that the senko was the ticket. We had our limit by about 8am that consisted of roughly a 5lb, 4lb, 3.5lb, 1.5lb, and a tiny 1.3lb fish. The bite had definitely slowed down on the senko by then and we started messing around with other baits. I tied on a shaky head with a 7” fat roboworm and before I could cast the teammate said I had to look at the electronics. We were in 18ft of water and there were two huge lines suspended off the bottom. I told him they were prolly carp but I dropped down on them anyways. I watched my bait fall and the fish didn’t seem to care. I laughed and said “yep they are carp”. As I started to lift the rod it loaded up and started moving to the side. I set the hook and could tell it was a heavy fish. Of course I said I bet it’s a carp but once she showed herself my tune changed real quick. She went on a few good runs and worked out the drag on my ABU Garcia revo S spinning reel before getting close enough to the boat to get her into the net. After some screaming (which I suspect everyone within a quarter mile could hear) and high giving we went back to work. The bite slowed up quite a bit and we finally chose to leave around 1pm. We hit a few more places trying to get rid of the 1.5lber but only culled up by a couple ounces. With 15 minutes to go my teammate made the call to head to a main lake point near the check in. He instantly hooked up with a 3lb fish that put our total to slightly above 26lbs. This weight was good enough to win the tournament and the big fish weighed in at 10.85lbs which allowed me to get the big fish trophy (Finally!) that has eluded me for years. I want to throw a big shout out to Shane Soriano, my teammate, and Soriano trucking for their support. Overall the tournament went very smooth and a big thanks to Kevin Cheek and all the staff for a great job! Next stop New Melones! And as always, 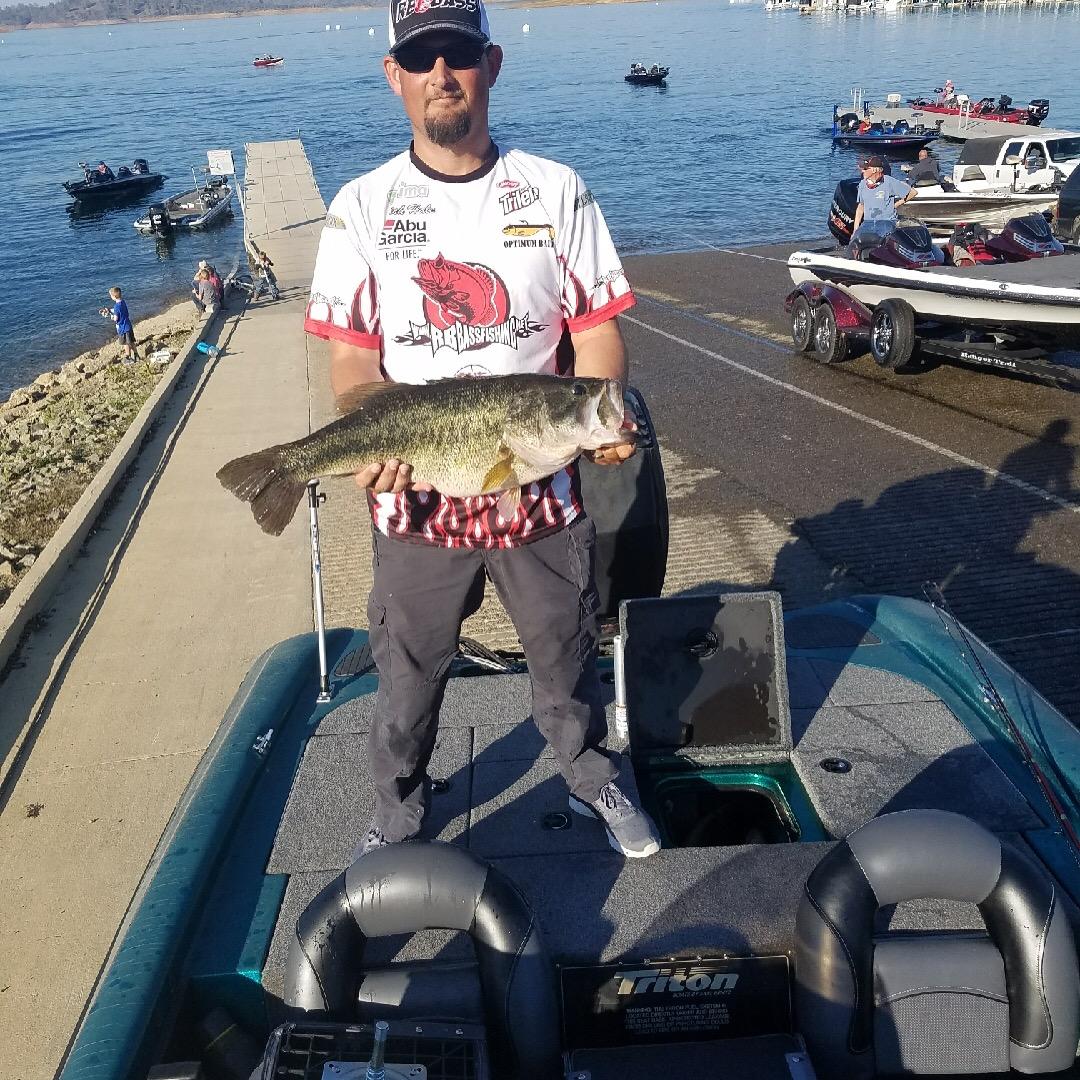