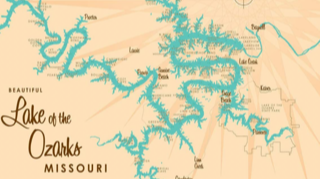 Having never been to Lake of the Ozarks before, I jumped on the invitation to go from my friend Jamie Toon. It was a 5 hour tow but worth it.
Lake of the Ozarks covers 54,000 surface acres and has a shoreline of 1,150 miles. The lake is highly developed with tons of resorts and 1000’s of boat docks. Bagnell Dam impounds the Osage River and the main lake stretches out for 92 miles, with tributaries of the Niangua River, Grandglaize creek and Gravois Creek along with 100’s of small creeks and drainages making for 100’s of coves, points and ledges for the various fish species to find in.
Reports said the Bass were in transition from Summer to Fall, with water temps finally starting to come down after a long hot summer. Bass were said to be deep on the river ledges all the way to shallow under the docks, and just spread out. 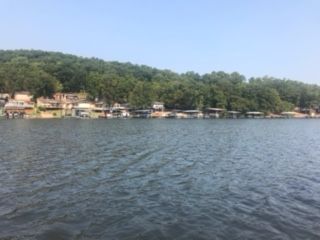 We launched Jamie’s Phoenix 921 ProXP and started our search for the elusive LOZ Bass.
Throwing topwater around the many docks produced some bites as did Senkos but these weren’t really the fish we were looking for. 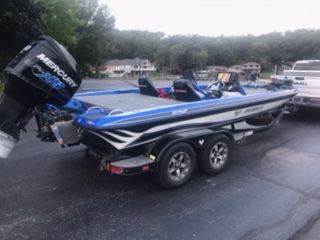 We made the decision to get away from the developments and find some clear shoreline to fish. We started catching some better fish on main lake points in 10-15 ft of water. Shakeyheads and Texas rigged Beavers were the best bait and the fish were a little better than on the docks. When the points bite stopped my partner noticed Shad boiling in the back of the coves. We fished our way toward the back of the cove and we’re rewarded with several Bass taking a spook.
We had a decent first day, and decided to fish the Angler’s Choice Tournament the following day. 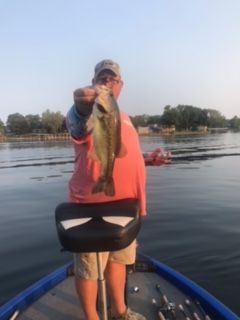 35 Boats were entered in the A/C Lake of the Ozarks event, along with us out of towners. After the playing of the National Anthem, the Angler’s Choice Tournament boats began taking off in all directions. Following what we had learned the day before we headed to some undeveloped areas and started throwing buzzbaits and spooks at the Rocky points, the bass weren’t interested in eating topwater it seamed and Jamie steered us back into the coves. He graphed a brush pile in 15’ of water and promptly stuck our first keeper on a jig.
We were able to repeat this pattern in several other coves using a variety of different baits. If they wouldn’t hit a jig we threw worms, shakeyheads, old Monsters or a beaver. The fish were finicky, and it was a very light bite. We never really found a bait that the fish would just jump on, but we switched baits back and forth and had enough bites for a decent limit with a few extra to cull.
We weighed in a respectable 15.45 Lbs with a big fish of 4.31 and managed to get a 7th place finish. 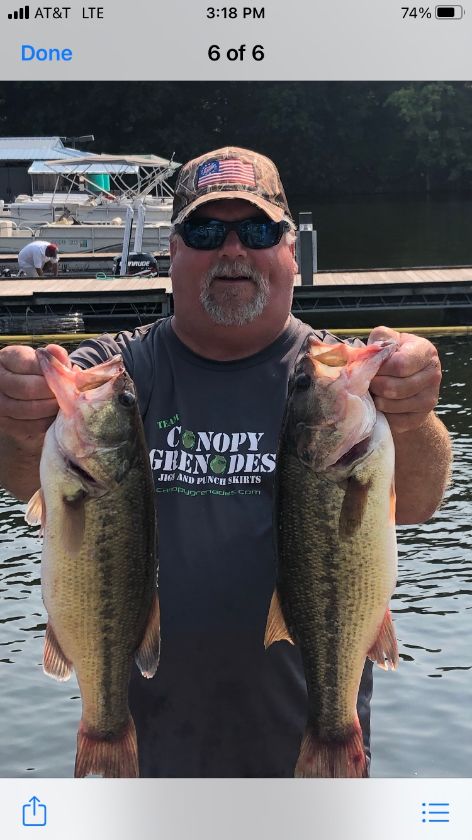 All in all a good trip, and one we will probably do again.
Jeff Jewell
RBBass