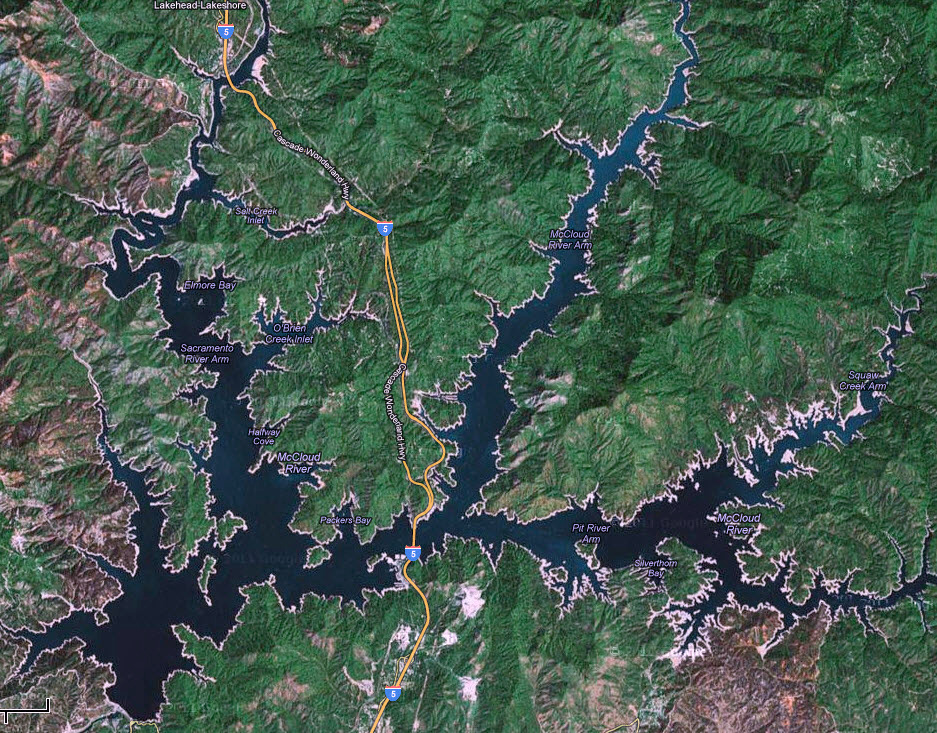 Water Clarity: Clear/Clear
Water Temp: 51-53/50-52
Pre-fish: Saturday/Sunday 4th & 5th of January
My partner and I arrived at the lake and launched from Bridge Bay around 10am. Our first run was up the Pit River arm. The plan was to try the trees on points and in the back of coves. Huddleston Swimbaits (8inch), Alabama Rigs, Jigs, Under spins, and The Dart were the baits tied on for the day. We pulled up to the first point and started throwing the A-rig and Hudd’s third cast with the A-rig landed a 1.75 and seconds later the Hudd produced a 4.13 both spotted bass.

For the rest of the day we focused on trees with the Dart and a Zoom finesse trick worm, this landed us a ton of fish. Most of the fish we caught came from 25-30 feet of water. A lot of the fish were suspended in the trees at the same depth so we counted down the bait and shook it in their face. 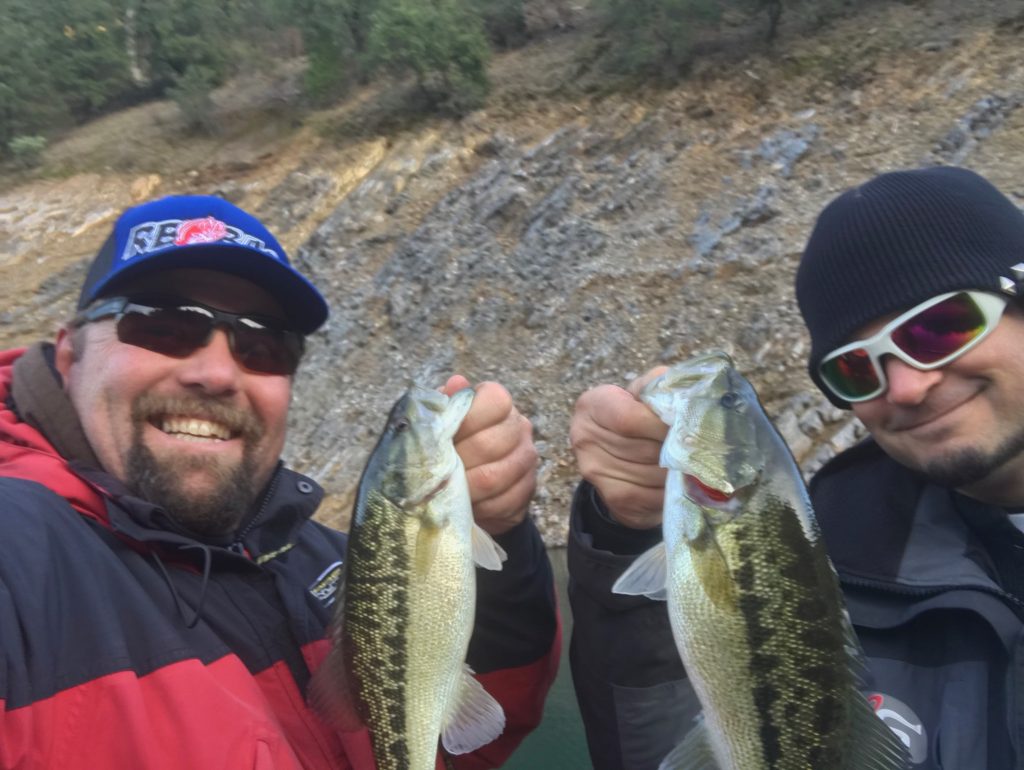 The next day we headed to the main body at first light Swimbaits and Under spins were the main focus with the Dart being the numbers weapon.

Again we focused on points first, with some success with the Dart rigged with a Zoom Finesse trick worm. The jig, Under spin and Hudd’s were not really producing any fish so we stuck with the worm. This landed us a ton of fish but most were in the 1.5 to 1.75 pound range. A slow retrieve with a couple shakes then dragging the bait pausing and starting again was the most productive retrieve.
The main focus was on clay banks with small chunk rock leading into coves with water incoming. Fished to the backs into the incoming water but no real success in the backs this told us to stay towards the front.
We decided the pit was the best producer for us so on Tournament day that was our plan. A-rigs, Hudd’s and The Dart would be our tools.
Tournament day
Well it started out cold! (temp wise) As planned the first run was to the point we caught the big fish on in the Pit River. Threw the Hudd’s for awhile with no takers in fact all day with the Hudd’s produced nothing. The fish had moved to deeper water now we were finding them stacked up at 46 feet. Decided at this point to fill the box then upgrade. Thirty minutes later we had our seven fish limit. All came on the Dart rigged with the Zoom Finesse Trick Worm (purple & green pumpkin purple).

Now it was time to throw the A-rig. I was using the Yum Flash Mob jr. but I had modified it by replacing the blades from silver to gold. The first fish was our big fish for the day, a 2.77 pound smallmouth.

The fish I was catching on the A-rig were in Twelve feet of water on steep banks with trees very close by. Keeping it very close to the bottom and slow rolled. Snagging up and losing all the rigs I had brought cut the day short for that bait. The only consistent bite we had from 11am till weigh-in was the Dart. We focused on trying to find fish over two pounds but only culled up two fish with the worms.
We finished the day with four fish over two pounds and three just under for a total bag weight of 14.34 pounds placing us in 85th out of 220. 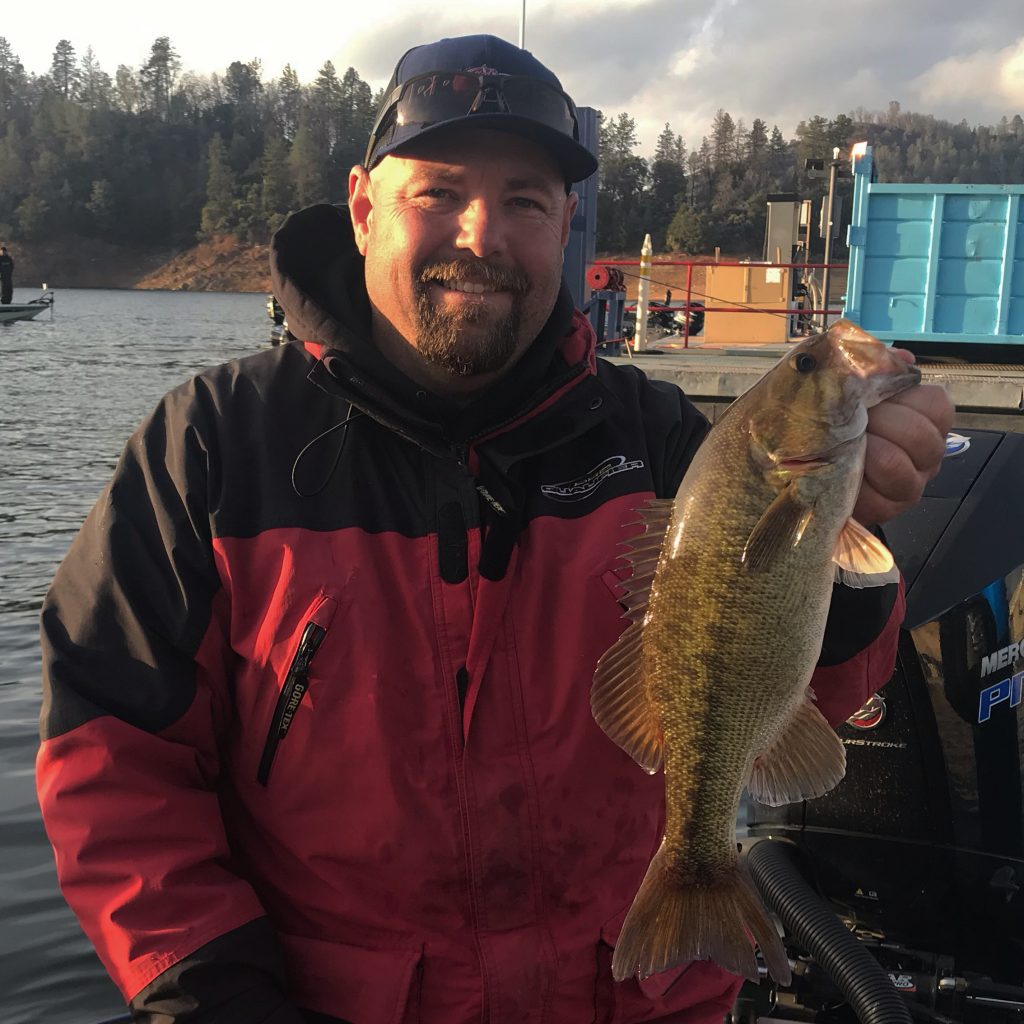 See you on the water
Big Ed