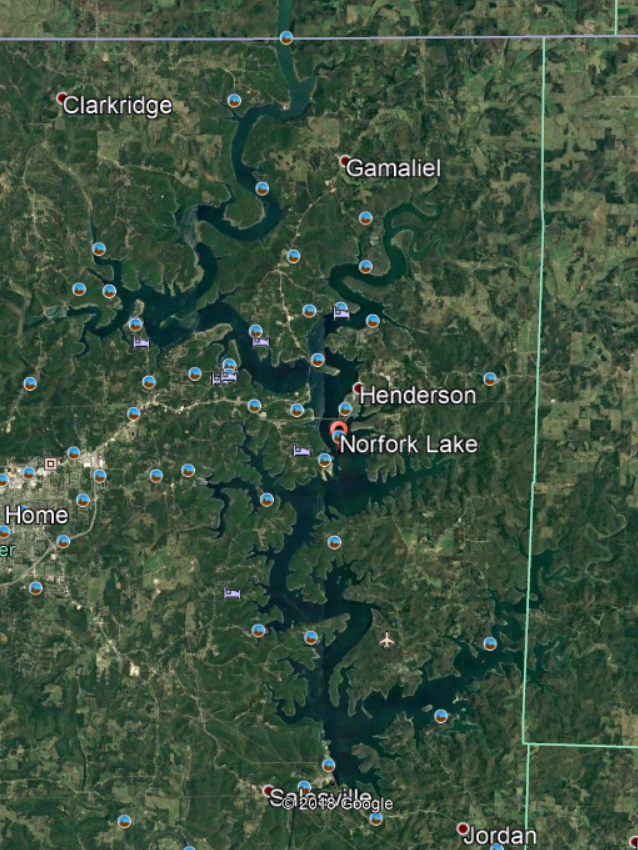 Arkansas/Missouri
Water Temp: 58-62
Weather: Thunderstorms, Periods of heavy rain, Cold Front
My Tournament partner David Ladyman and I headed over to Lake Norfork hoping to get on a white bass bite, if you’ve never fished for white bass, it can be quite a ball. They school up pretty tight and at times can be non stop entertainment. We also we’re hoping to find some of those good size Stripers that Norfork is famous for.
Upon arriving at the Red Bank Launch ramp we were greeted by a thunderstorm with plenty of lightning, after about half an hour the majority of the lightning had past and we launched the boat heading south towards Udall and the Missouri state line. We pulled up on a long point where we had caught plenty of white bass last year, and graphed bait fish in 25-30 ft. We dropped 1/2 oz Binks Spoons into the bait ball but had no takers. We started targeting  brush piles in 25 ft and found Game fish on them but they were holding tight to the bottom. After only catching a few small white bass spooning, we decided to go try to catch some black bass. Throwing a combination of shakey heads and Canopy Grenades Jigs we were able to catch plenty of bass including a tiny spotted bass that attacked a worm twice his size. 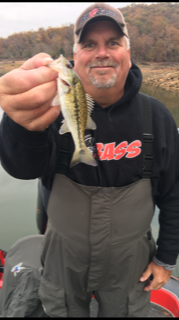 The fishing was tough but we stayed with it till dark, then drove over to Hummingbird Hideaway Resort for the night. 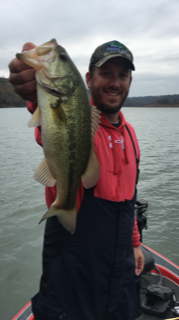 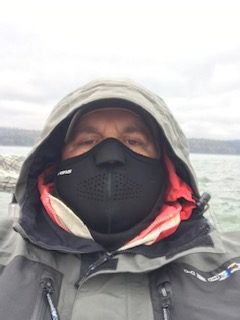 For our second day we woke to pouring rain and wind to 20 mph, we thought maybe a nice breakfast was better than a wet cold boat ride first thing in the morning. The rain slowed and we were on the water shortly after 9am. This time we stayed farther north around mid lake. Again trying the Binks Spoons but this time in 35 feet we were reward with a mixture of good size Hybrids, small Stripers and white bass. As the rain moved out a cold front settled over the lake bringing temperatures down to the high 30’s with a wind chill into the 20’s. The fish continued to bite even through the front, we moved closer to shore and started getting some decent largemouth off of rocky ledges in 25 feet.
Lake Norfork has turned over and fishing should be really good as the water temperatures continues to drop, the fish should really start feeding before it gets to cold, and as a bonus those large Stripers should come up shallow real soon. 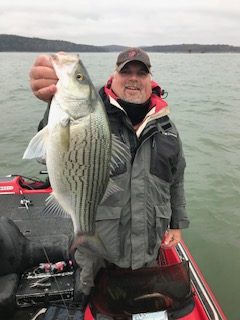