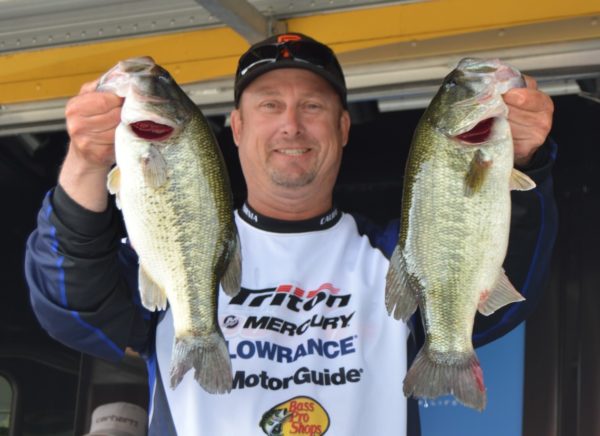 Randy Pierson and Luke Johns will represent California at the B.A.S.S. Nation Championship

Pierson, who’s a member of the Oro Madre Bass Anglers, tied for third place overall with 47 pounds, 8 ounces. Two 16-plus-pound days followed his 13-15 bag on Day 1 to put him in contention. Pierson won the California State Team by 2 1/2 pounds over Adrian Murar of Elk Grove.

In the competition among the states, California placed second among the 11 teams. California’s anglers weighed in 377 pounds, 7 ounces in the first two days but was ultimately spoiled by Arizona’s state team, which put together 407-6 in the same time period.

Pierson and Johns will compete in the 2018 B.A.S.S. Nation Championship this fall. The date and lake have not yet been announced. If either takes one of the Top 3 spots there, he will advance to the 2019 Bassmaster Classic.

Anglers are still working to qualify for the 2019 California B.A.S.S. Nation State Team. The remaining qualifying events are as follows: