You are here: Home / Bass Fishing Reports / Playing in the Backyard By Beau Allen 5/15/19

Travis Williams wins the Wild West Bass Trail Pro Am Co-Angler event, Duel on the
Delta 2019. Travis grew up on the Delta wakeboarding and surfing, this is where he
learned its winding and intimidating channels. After having a child, Travis sold his
Wakeboard boat and bought a bass boat. Travis has only been fishing the Delta for
three years now, but is fortunate to fish it every week, and calls it his backyard.
Leading up to the event, Travis said he was pre-fishing almost every day. He said it
wasn’t really pre-fishing, more everyday life on the Delta. Travis felt he had a pretty
good idea, pattern and plan. However as we all know, its fishing and something always
happens or changes. Day one he hit the water with his pro, Mike Coleman. The sun
was out but so was the wind. With the windy conditions, they still ran down to Franks
Track were they had planned on going.
They planned on fishing for bed fish near tulles but with the wind blowing that quickly
got blown away. Travis said he and Mike still fished in the area of Franks Track but
began throwing senkos in tulles. Travis said it was easy fishing with Mike because they
were on the same page and had the same idea for the day. Travis says “I was basically
dead sticking it, fan casting and letting my senko hit the bottom and sit for about five
seconds before moving it”. Travis stuck with this pattern and ended day one with 11.21
pounds. 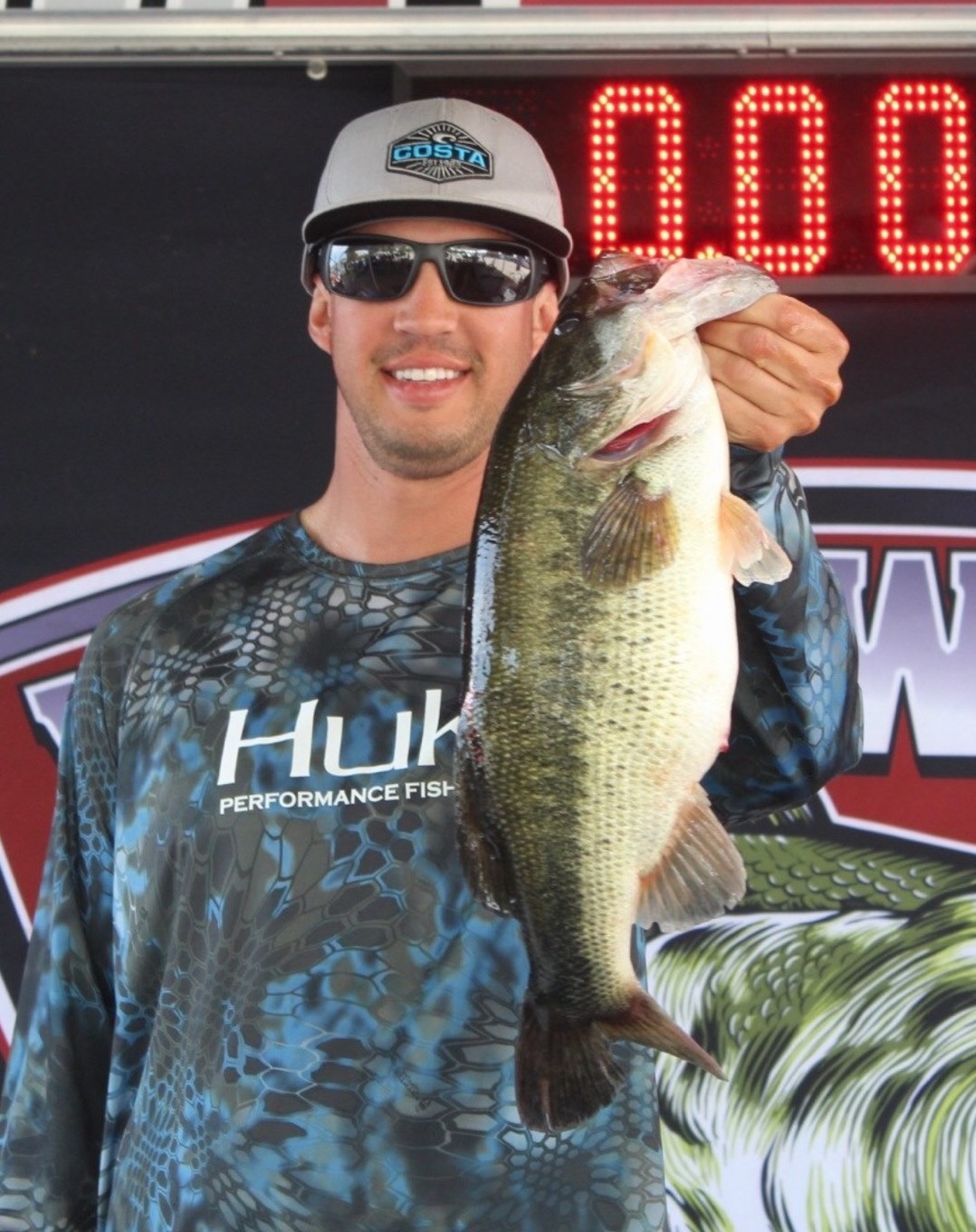 Day two was a whole different story. The Delta threw some major curve balls at him and
his pro John Stewart just after the sun hit the horizon. John is from Arizona and has a
brand new Ranger. Often with new boats comes new challenges until you know your
boat inside and out. At about 6:45 thirty minutes after blast off, John’s new Ranger
decided to take the day off. Thankfully Travis’s boat was in a slip nearby so they were
able to run and grab it. For the rest of the day they ran Travis’s boat and gear. They
fished different than he did day one. Day two he fished more target areas. The pattern
was finding things near the bank, fishing quick then moving. The day couldn’t end
without continuing the challenge. With about an hour and half left in the day, his fuel
regulator went out and they limped the last part of the day. He stuck with it and finished the day with 14.88 pounds. 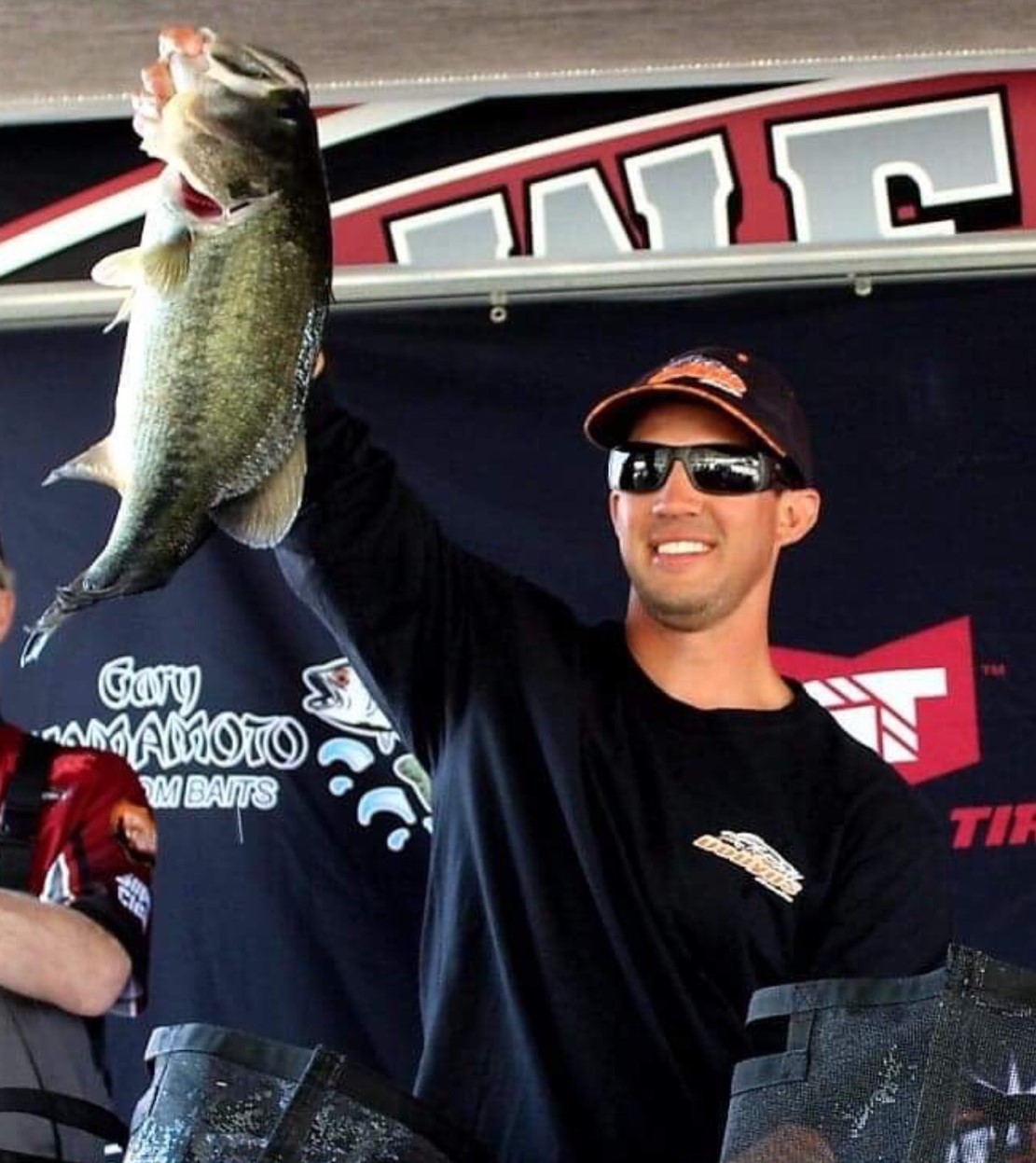 Day three started off well for Travis. His pro on day three was Nick Nourot. Travis says
it was a cool experience to fish with him because Nick acted like they have been
partners for five years. Nick started off the morning saying let’s go win this thing, hold
on we have a long run ahead of us. They ran for probably half an hour down south to a
spot Nick had been fishing the prior two days. Nick caught two fish quick throwing a
drop shot, so Travis followed him with a drop shot and caught a couple. Once ten
o’clock hit Travis knew he needed to pick up a senko but didn’t have the confidence to
do so. Finally after convincing himself, he picked up a senko. Travis said he stuck a
good one the first cast. Travis hooked and landed an 8 pound giant on his senko. Travis
said Nick was so excited for him their confidence continued to grow. After that fish he
threw a senko the rest of the day. This helped him bring in 16.87 pounds for day 3 and
become the 2019 Delta Pro Am Co-Angler champion.
Congratulations Travis Williams, WWBT Dual on the Delta Co-Angler Champion 2019. 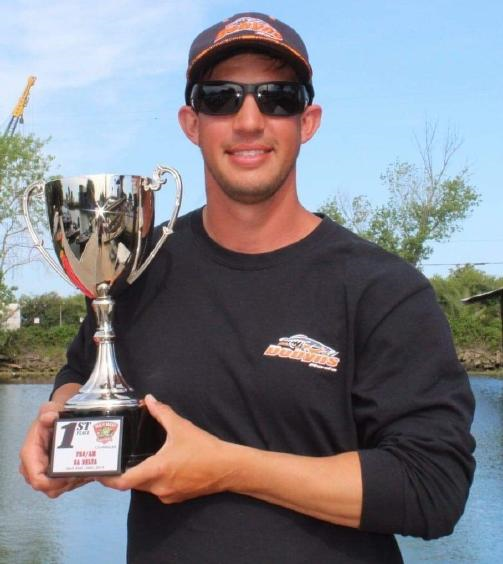