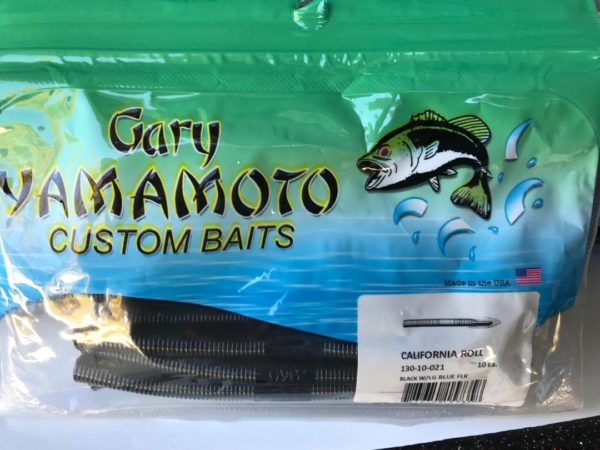 In a recent article for RBbass, FLW Champion Gary Haraguchi stated that the Yamamoto California Roll was a bait that he had rigged at every tournament.  I thought if Gary thinks that much of this bait, maybe I should give it a try too..

After receiving the California Roll, my first impression was it looked like a little Senko with a spade tail, very dense like a senko, and available in several good colors. For my trial run on Lake Wappapello in Southeast Missouri I choose the Black with Blue Flake California Roll, I hooked it on a Owner Shaky Head, tied onto a Dobyns Champion 703c with a Shimano Curado spooled up with 12lb Sunline Sniper Fluorocarbon line.

The bite on a California Roll is similar to a senko bite, often you won’t feel anything but just see the line moving away, The heavy salt content seem to make the fish hold on to the bait which is a bonus. After catching a few fish on the Shakey Head, I decided to see how it would work wacky rigged. An interesting observation I made was the difference in the fall in relation to how the spade tail was rigged, with the spade tail straight up and down on the fall, the bait shimmied like senko on the way down, however with the tail rigged to fall flat or horizontal it seemed to slow the fall rate and drift a little to the side. Slightly working it back toward the boat, the bait would move off to the side just a touch. Using this technique would definitely give it a look the bass might not be use to. 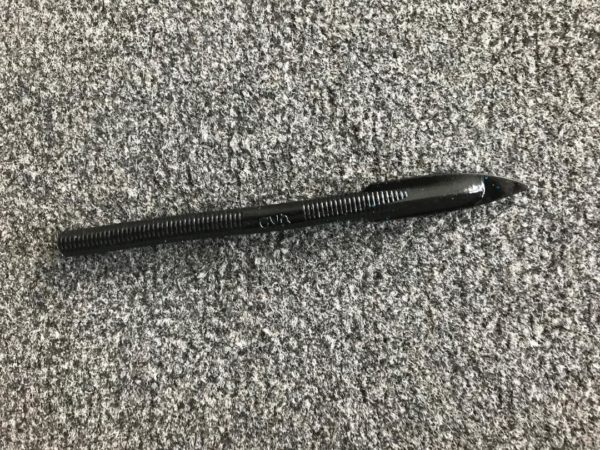 The California Roll is soft like a senko, and prone to tearing off the hook or being thrown when the fish jump, be prepared to lose plenty but if your losing them it means your getting bit, so that is good trade off in my book.

In summary, Yamamoto’s California Roll works well on a Shake Head or as a wacky rig. The spade tail moves water and should have good results on a drop shot rig or on a light Texas rig. With all the basic colors available it’s a finesse rig that has a place in your bassin arsenal. 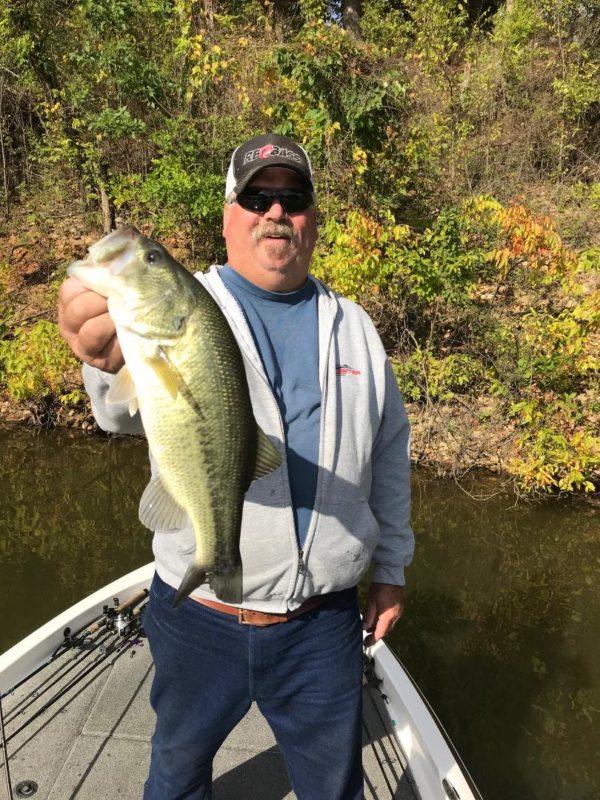