Well another season has come and gone and I’m deep into prepping for next season. With that in mind I thought Id share some observations about the new reels I fished this past season. Some of the are much newer then others and I have less time with them, but I have enough. The brands I fished this year is Abu Garcia, in and STX and SX. I also have a ALX that I may touch on a little bit. Daiwa Tatulas in the CT-R model as well as the newer SV. Shimano Curado K and Chronarch 151MG.  Some of these reels I liked much more then others on a broad scale. However I did find that when applied to specific applications they really shined. With that in mind Ill start with the Abu Garcia. 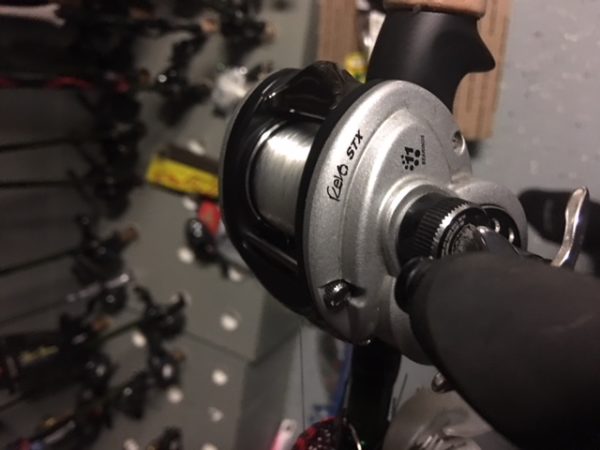 I’ve fished Abu Garcia for years and really liked em. The STX is a solid performer. Casts well and has many adjustments to dial in the castability. One thing I can tell you is that my Abu’s have lasted. I just recently replaced my Gen 1s. These I’m reviewing are Gen 3s. The STX is a good reel with a great drag. I don’t have anything bad to say about them, however compared to the other reels I fished this year they are not quite the same. The STX is a strong performer for top water, rattle baits, and flipping and punching. It may do well for other techniques, but it didn’t compare to some of the other choices I had on the deck.
The Abu SX Gen 3 was more of a disappointment to me as it came highly recommended. The reel has the same great drag Abu Garcia is known for. At times it casts great and at others its a random unexplainable birds nest. However I found it to be an outstanding choice on my punch rods. So although I didn’t like it for throwing crank baits or spinner baits it does have a place in my arsenal and it performed flawlessly on the flip and punch stick. 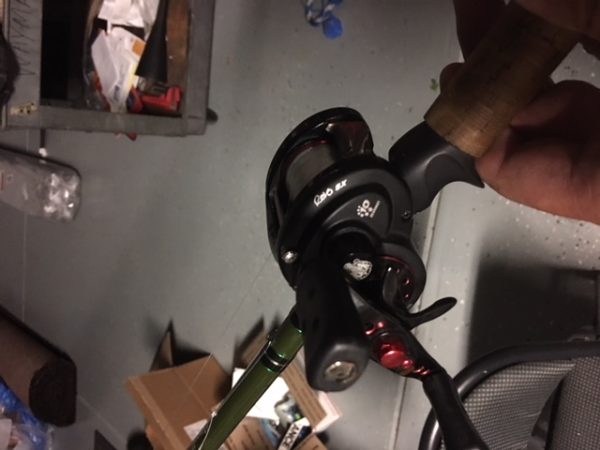 Shimano Curado K came with a lot of hype and promise that it was the real deal. Some of these new reels are very nice looking, the Curado K is more of a bland, “I don’t stand out” look. No biggie as I buy reels for performance not looks. The reel performed flawlessly. It casts a country mile and never had a back lash or anything more then a minor over run. It feels a little bulkier then some of the other reels but it wasn’t a big deal. When I purchased the Curado K it was only available in right handed and I prefer left although I do fish both and have for 12 years. It truly is a do anything reel. I have the 8-1 and was very happy with it. Pure casting distance I believe this reel was right there at the top with 2 others.
The Chronarch 151 XG is a true gem. I love everything about this reel except the price. It a real beauty and it performs as well as it looks. The only place or technique I didn’t like it was skipping. I just couldn’t get it working good skipping baits. Not a big deal it that’s the only complaint. This reel has the nicest feel in my hand while fishing it, but not by much. Castability it was right there with the Curado K and the Daiwa CT-R. These are the lightest of the bunch at least they feel like they are. Since I didn’t weigh them I’m guessing but I’m quite sure that would be accurate. Between this and the Curado K I have to say that aside from the shape and looks they both perform equally well.
Daiwa CT-R quickly became one of my favorites. I found myself rigging these on reaction rods. Square bills, spinner baits, chatter baits, and swim jigs is what  I wanted to fish with these reels. I have the 6.3-1 and the 7.3-1 gear ratios. These may be the best casting reels of the bunch, Easy to adjust and control. The compact size feels good in my hand and still has a good solid drag system. I am actually going to get 2 more of these reels for some other rods. I found myself wanting to throw these more and more and keep in mind that included the Chronarch which is $100. These also throw lighter baits very well. Really this is a great all around reel that you don’t have to over cast to get the distance. They are available in a good variety of speeds as well including 8-1.
Daiwa Tatula SV is another one of the newer model this year. Daiwa claimed this is about as close to back lash proof as they come. I found this to be true. If it wasn’t designed with skipping in mind they fooled me. This is the reel I am using for weightless baits and skipping jigs and other baits. It is very smooth and has a nice finish and look if thats important to you. The drag is flawless and more then ample. Thankfully I can have several different reels, but if I had to choose just one, this would be the one. Hands down its the best do everything reel. Again it comes in a variety of gear ratios. I have 4 of these in 7.1 and 8.1 to 1. Daiwas are not the lightest reels on the market, but they are durable and proven to last. 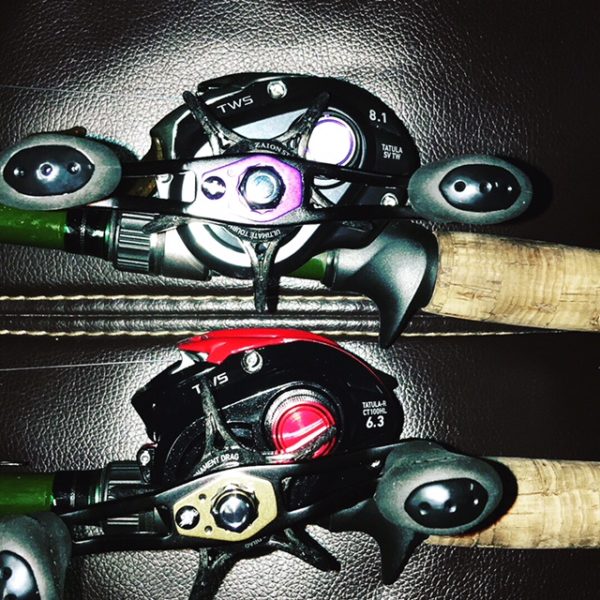 All in all with the reels being used for specific techniques I am happy with my choices. The Chronarchs have there place and I’ll use em for dragging baits and fishing jigs and such. The Curado as mentioned earlier is an equal to the Chronarch performance wise but I prefer the later due to the shape. There are so many great reels on the market and I have tried many others. I was a brand loyal guy at one time but that has changed. I have no sponsor dealings with any of these company’s. There are a few others I’d like to try in the coming year but they are Daiwas of different models. With the exception on the Chronarch I consider the rest of these reels to be at the same price point at under $200 each suggested list. The Chronarch is $279 so we should expect more from it.
If you have any questions or comments please feel free to email me at
flipitz521@gmail.com
RBBass Angler
Sean Wayman