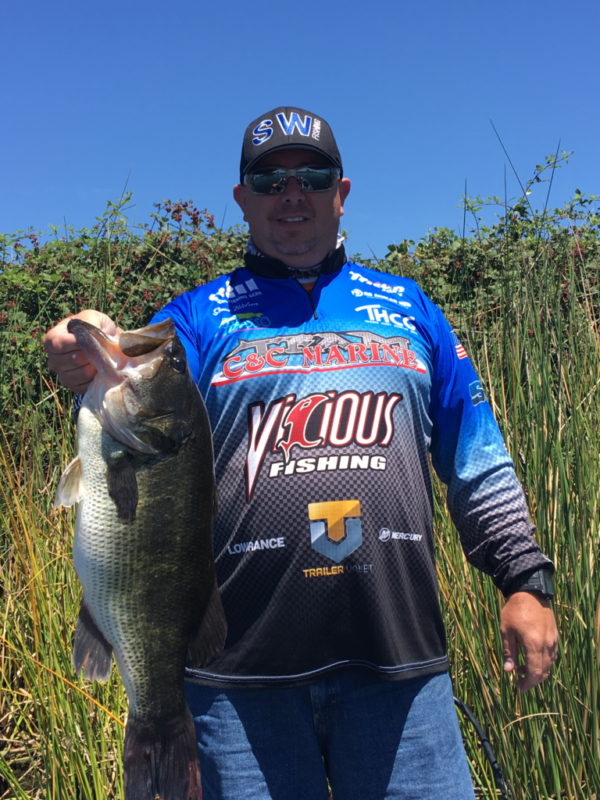 Steven Wilson was born in Vallejo, ca. Steven is 40 years old and currently resides in Rohnert Park, CA. Steven spent most of his life growing up in Tracy, CA where he first learned to fish for bass on the California Delta. Steven has competitively bass fished for over 25 years now, and he has had many honorable successes. He has had the pleasure of learning from some of the biggest names in bass fishing, including, Skeet Reese, Jimmy Reese, Dee Thomas and Don Payne. Steve owns a beautiful 2016 Triton 20TRX , which he pulls with his 2000 F250 Super Duty.  Steve says “Next season I plan to fish as many tournaments as I can to help build a reputation and to get more experience, that includes fishing the Wild West Bass Trail the annual Pro/Teen tournament and the California B.A.S.S Nation”  “Presently, my fishing expenses are paid for by my full time job working at Rancho Verde MHP as a Manager.”

Stevens commitment to the Sport of Bass Fishing and to the future of our sport with Youth Anglers makes a good fit with us here at RB BASS , as we promote our sport our sponsors and ourselves while helping others. Were excited to work with Steven Wilson as he grows in the Fishing Industry with the RB BASS Group of Tournament Anglers.

Below are some of Steven Wilsons accomplishments , strengths and goals.

Goals-
•   Become a professional angler •   Generate product interest/exposure
•   Promote fishing to everyone, especially to young people as a fun and exciting sport
•   Help in promoting product and or ideas