You are here: Home / Bass Fishing Reports / The Delta Bass Are in Full Summer Mode by Mark Lassagne 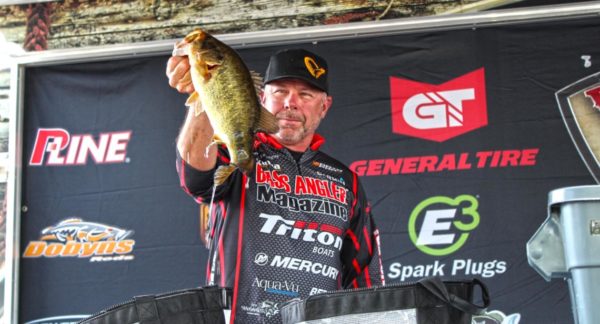 The Delta has been on a roller coaster this year and appears to be on an upswing lately.

Starting in early June the bite was tough with many anglers not even able to put together a limit.

During this time, the south Delta was the best bet Old River, Victoria, Middle River fishing spinnerbaits, chatterbaits and Senkos for numbers of bass. Most of the fish we’ve found we’re in the slot (the area between the rock and the weeds) obviously on the rock banks.

We did manage several giant bass (fish over7lbs) in June were all of them were caught either punching or on Senkos but… these big ones were on dirt banks or islands with only a couple on the rocks.

Closer to the middle of June leading into the Wild West Pro Am I gravitated towards the central Delta (Franks – Quimby) area mostly because of the extra time it takes to run way south.

Fishing the central Delta, I keyed in on punching, a bite that was pretty much nonexistent before now.  I felt the post spawn bass would be moving to the mats rather than moving out. In practice, the bite was off the hook, locating about 30 spots to fish and getting close to 50 bites a day. I didn’t set the hook on these fish for the simple fact that once caught I would not be able to catch them in the tournament but many of them felt big. You might expect I was excited about the event.

Each day of the tournament I stuck true and punched 99% of the time, day one I bagged 24lbs even after losing three really big bass, day two I got a lot of fish but only managed 14lbs hanging on to 4th into the final day. The last day I fished good until the last two hours, I had a 3lb average in the box and missed the tide on my big fish spot ending with just under 15 sliding to 5th.

Following the tournament, I’ve been guiding what seems like every day and the overall bite has been good around the Central Delta.

Why the central Delta you might ask? Around Franks it’s not as congested during the summer as the south Delta where we can catch fish and then go to 5mph zone to get away from the cruisers and wake board boats.

The bass are in full summer mode right now and in the current, all along rocky backs with a little deep water close by along with islands that have a channel swing and deep water. Look for current breaks, points channel swings, most of these places are obvious.

Early in the morning top water is key, small Whopper Ploppers on spinning rods for less experienced anglers or bigger Plopper and Buzz baits for those who are comfortable with bait casters.

Once the morning bite dies down we’ve been mostly fishing green pumpkin / water melon Senkos –  having a ball catching a ton of fish mostly small ones with some quality mixed in and a giant comes along once in a while.

Here is what happened on a few trips this last week.

June 27th, fishing with Nick and Ed for their first ever bass trip, stating out we fished Ploppers on spinning rods for the first hour then switched to 5” Senkos. Even with stopping for lunch at Disco Bay we landed fifty fish. Nick got a 7lber and Ed got a few in the 3lb class. 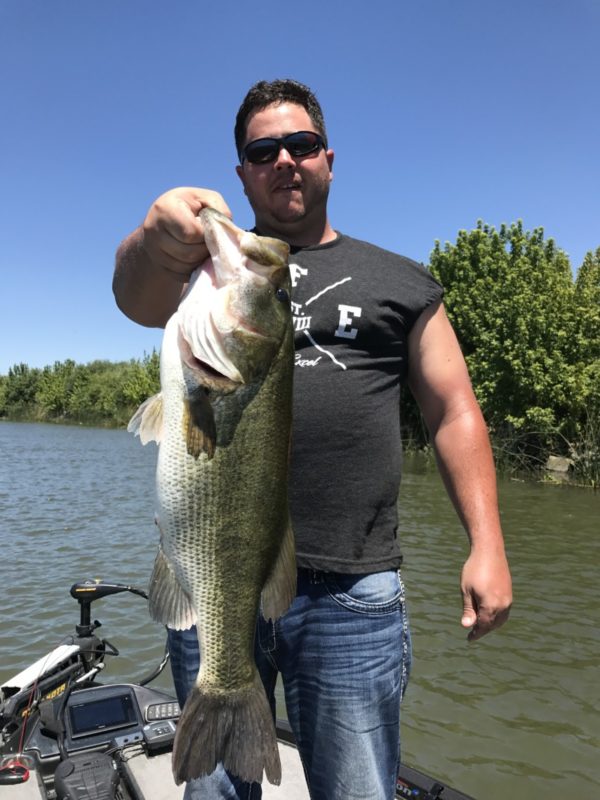 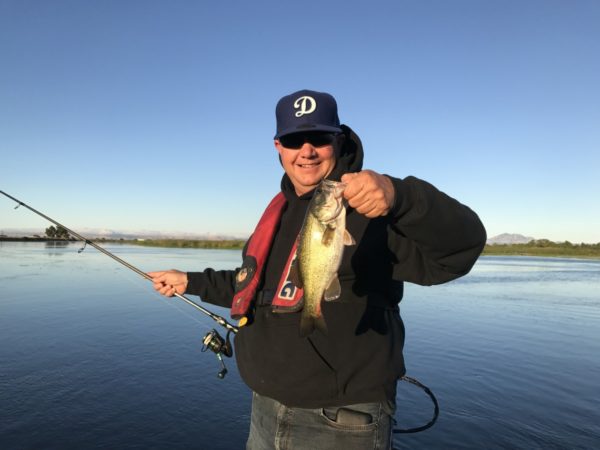 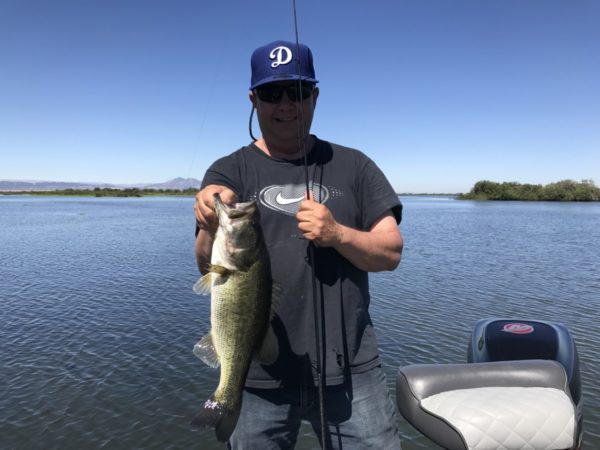 June 28th fishing with Chris and Connie we got a few top water fish but hit a weed patch and tossed Senkos and never went back to top water. They landed 50,60 or 70? fish for the day I lost count about 10AM. 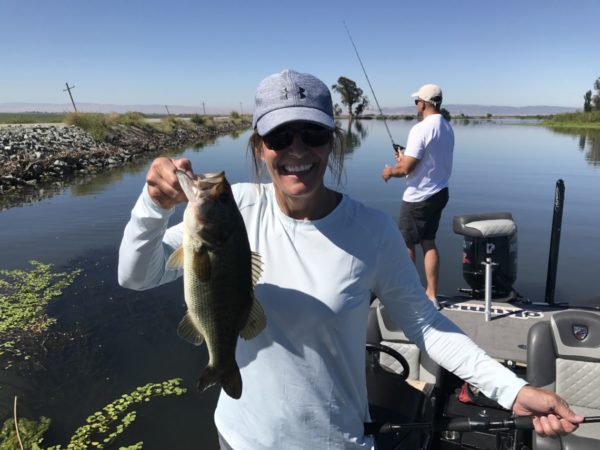 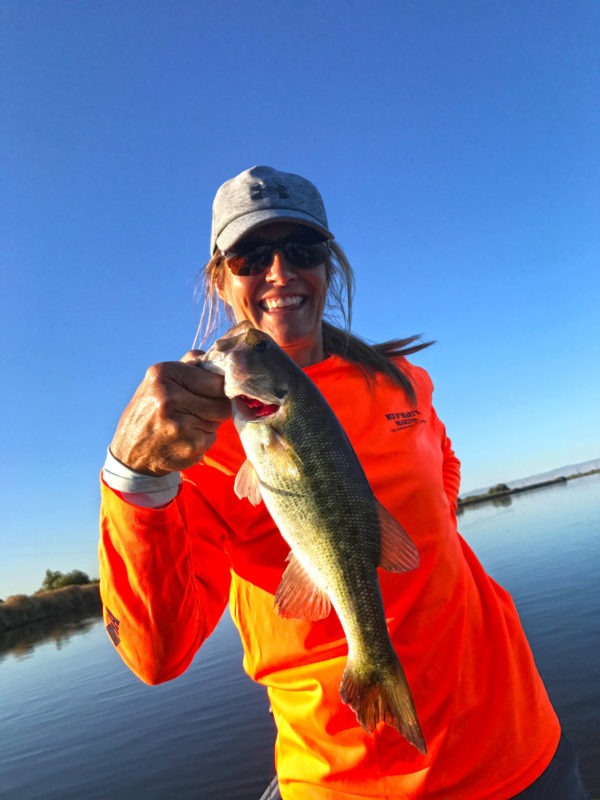 July 2nd fun fishing with Mike Coleman, it’s Sunday on a holiday so we headed off to a remote area of the Delta getting away from the crowd.  Starting out in a new area in the north Delta we found a giant weed flat with two channels it was low tide so we fished the outside edges where we caught 15 bass to 3.5lbs on a Revenge wht/chart spinnerbait until the tide switched. After that we made a long run to an isolated creek. Fishing channel swings with rocks and deep water (6-10ft) we would pass through with a jig, then back through with a reaction bait (R2S Biggie and the Revenge spinnerbait) and then once more with a Senko. Using three techniques we were able to land different fish on every pass. We then ended the day fishing for small mouth in the Sacrament River with Senkos and the Biggie crank landing another 6 or 7 fish.

Note there is a 30 min video on httpss://www.facebook.com/marklassagnefishing/ while we were fishing in the creek.

July 3rd fishing with Russell, Russell was good with a baitcaster and since it was just him we targeted top water fish until noon.  He got about 30 bites landing about 15 fish on the 110 Plopper and a gold Revenge buzz bait, we got some small ones but a few close to 3lbs. Then we stopped for lunch at Pirates Lair and back out with Senkos landing about 10 or so fish. 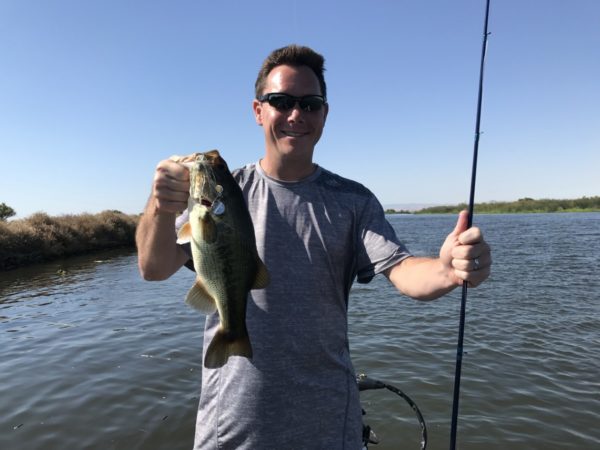 If you want to experience bass fishing on the Delta now is a good time for just catching fish and having fun, even if you’re new to bass fishing. You still have to be pretty good at casting to targets (close to the back without snagging) but it’s much easier than spring time.

Tip: Before hiring a guide, make sure you can cast pretty good.  Both Spinning or bait casters are fine you just want to be able to cast to the fish. Why you might ask, because the best bite is in the morning and if you spend an hour or two learning you might miss that best time to fish. 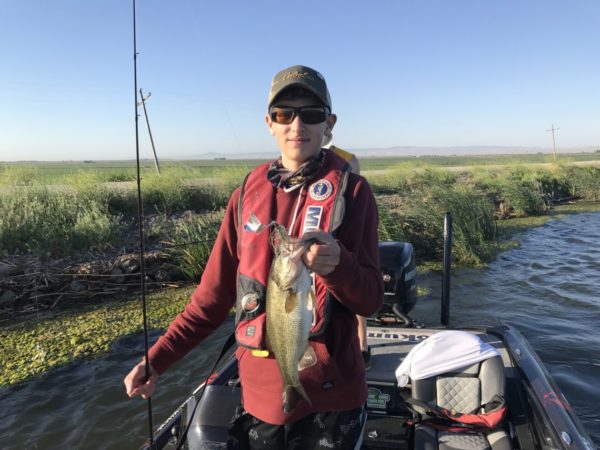 What about Punching? Yes, I love to punch but it’s a technique that takes time to learn and perfect where you really need a couple days out to get it. If you’re an experienced angler the first day you’ll learn the basics about how to do but you’ll miss or lose about 80% of the fish that bite. Near the end of the day you’ll most likely have an “ah ha” moment saying oh that’s what it feels like.  Then the next day you’ve be more proficient and land a few more fish. It took me many, many days of practice so don’t expect to get it in one day.

I hope these tips help you catch a few more fish this summer.

Check out https://marklassagne.com/guided-trips-2/ to book a trip 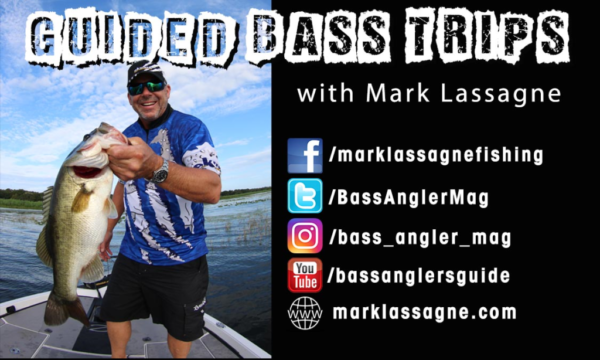