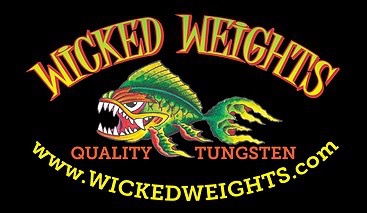 For the past few years we have seen more and more tungsten products being introduced into the market. Why is that? Because they flat out work! For many, when it comes to spending money on tackle we often have no problem busting out the wallet for giant swimbaits, custom painted crankbaits or even our favorite hand-poured plastics but when it comes to spending money on terminal tackle many of us often cringe at having to spend money on something so small and seemingly insignificant. I was in the same boat when introduced to tungsten weights almost two years ago. I just couldn’t reason with spending the additional money on weights. However, that was until I began using tungsten products and all I can say is that I wish I had made the switch much sooner.  Before using tungsten weighted products I would struggle with differentiating the bottom composition or when my bait was bouncing off a small piece of cover. Simply put, I was second guessing myself and in turn I was missing fish. Switching over to tungsten helped  me understand what was going on below the surface and before I knew it I was feeling more bites than when using lead based weights and jigs. Using tungsten products not only helps you feel what is going on below but also gives you the extra edge that you are looking for when on the water. 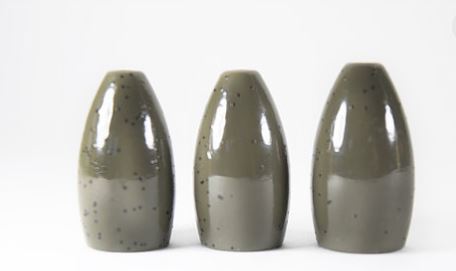 After experiencing with about every tungsten weighted product imaginable over the past year and a half one company has really set themselves apart from the rest of the competition. That company is Wicked Weights. Wicked Weights saw the need for high quality tungsten based products at an affordable price and boy did they ever deliver!!! Wicked Weights quality tungsten weights are made from 97% tungsten that will offer extreme hardness to provide a better feel of the bottom composition, while offering enhanced sensitivity to feel even the lightest of bites. The compact profile of the tungsten also allows you to penetrate cover easier with fewer hang ups. Wicked Weights offers a wide variety of quality tungsten products from jigs to flipping weights, worm weights, drop shot weights and the list goes on and on.

I recently tested out several of their products for their 2018 lineup and to say that I was impressed was an absolute understatement. Their new line of jigs, both the Patriot and the Combat Jigs straight killed it! When using their Combat Casting Jig I was able to get in and out of the heaviest of cover with absolute ease. The overall design of the tungsten allowed me to fish areas that fishing with a normal lead based jig just wouldn’t be possible. My personal favorite though was the Patriot Football Jig. If you fish on the West Coast then you know how rocky some of our lakes and reservoirs can be and the toll this takes on the jigs. Its extremely hard to find a jig, let alone a tungsten jig where the paint doesn’t chop or wear off after a couple of casts. Well, look no further because I have been banging the Patriot Football Jigs over the rocky bottoms like no other and I still see no evidence of chipping or flaking.  And more importantly, on those winter days where the bites can be few and far between or  the bite is very mushy very  you will literally  be able to feel the fish breathing  on your bait due to the sensitivity of  Wicked Weights high quality tungsten.  That being said, both the Patriot & Combat Jigs exceeded my expectations. Both series of these jigs  come in four colors; Okeechobee Craw, Green Pumpkin Brown, Black & Blue, and my favorite Peanut Butter Jelly.  More colors are on their way so definitely keep an eye out on these! 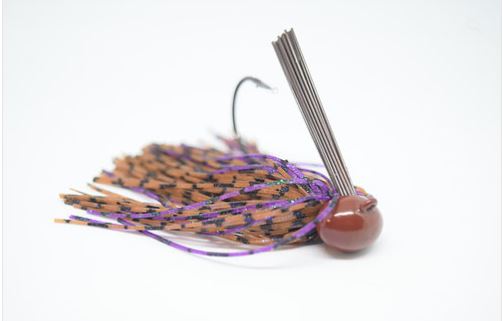 Wicked Weights Quality Tungsten has far more than just jigs to offer. They have tungsten flipping weights, worm weights, shaky heads,  a crazy ridiculous underspin that they just released and some killer drop shot weights that you should have tied on at all times for those finicky fish. Wicked Weights Quality Tungsten is not slowing down, they are just getting stated! Keep an eye out for them as they will be releasing many more products in the months to come.

So whether your goal is relaxing with a buddy or fishing competitively, make sure you have Wicked Weights rigged up during your next outing. I promise, you will not be disappointed! For more information or to place an order for some of their high quality tungsten at an affordable price you may visit their website at www.wickedweights.com or follow them on Facebook/Instagram @wickedweights