Tournament Bass Fishing is changing rapidly. You could almost say the landscape will never be the same again. New Circuits are launching each year from the local Clubs to the Big leagues. Bass Fishing as a Business is growing rapidly across the Nation and change is the only thing that will be consistent.

Bass Fishing as a sport is much Bigger than most people realize, and Fishing as a whole is massive across the US, The economic output is over 114.5 Billion Dollars. In the State of California alone, the economic output is over 4.6 Billion Dollars. Bass Anglers tow vehicles that cost up to $100k and now High-end Bass Boats Range from $40k to over $100k in some cases. Many companies are now spending big marketing dollars in fishing to target potential revenue. 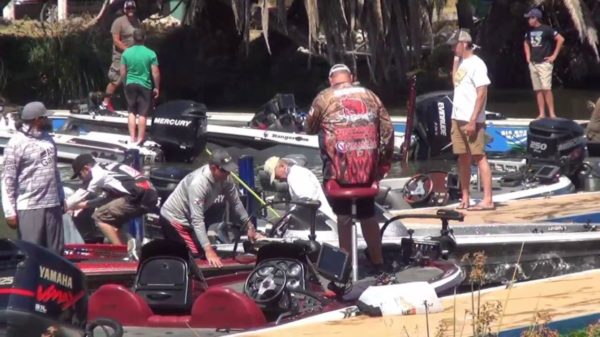 On the West Coast a new Circuit was formed in 2016 The Wild West Bass Trail. The founders knew change in Tournament Bass Fishing was coming and the time to act on this and build a foundation for the future was critical. Many thoughts about laying this foundation came from a large mix of Anglers, some Legends Such as Gary Dobyns and some solid Pros Like Ken Mah and some up and coming Anglers and Businessmen as well.  A small meeting in downtown Sacramento is where many of these passionate people gathered with one common goal. To Make Tournament Bass Fishing out West be reckoned with. To lay the building blocks and build the foundation to support the future of The Wild West Bass Trail. 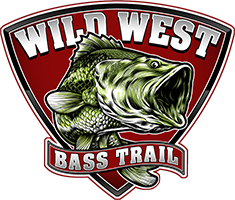 The Wild West Bass trail had 2 successful years and was off to a Fast Start in growth. The brand was growing fast and change was again on the Horizon. The Wild West Bass Trail was sold so it could continue its path of Growth. With a solid foundation built Wild West is set to thrive and drive into the Future.

Now approaching its 4th year The Wild West Bass Trail is locked and loaded to have Big events and a successful 2019 season. Wild West offers Pro-Am events and Team events both offering a 90% Payback at the ramp the day of the event conclusion. Each having an end of Year Championship and their own respective Angler of the year Titles.  In 2018 the California Team Trail alone paid out over $200,000.00 at 4 events and the TOC winners won over $25,000.00 in Cash and Prizes that included a Ranger RT 188/Evinrude E-TEC 115 and contingency dollars from Evinrude, Lowrance, Dobyns Rods, Gary Yamamoto Custom Baits, and a Big Fish payout for their efforts. The Pro AM’s paid out over $90,0000 to the Pro’s at the 2018 Lake Shasta Opener and paid out over $37,000.00 to the Am’s in the event. The main 3 events paid out over $235,000.00 in winnings to the Pros and over $78000.00 to the AM’s, The winner of the 2018 Western Classic Championship was Bryant Smith who was awarded a Ranger Z520 powered by a 250 HP Evinrude worth over $70,000.00 and the AM winner Deric Benefield was awarded with a Ranger RT188 w/ 115hp Evinrude worth $25,000. 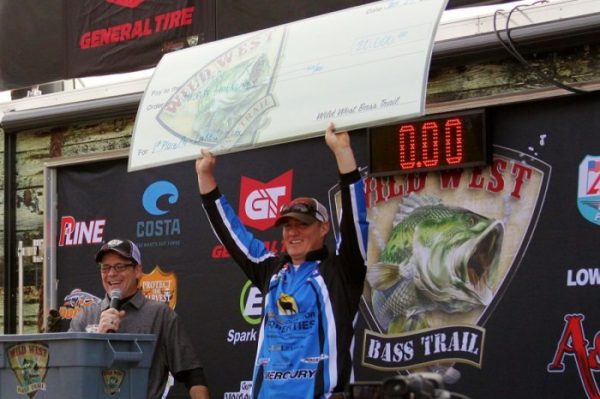 Pro-Ams offer a non-shared weight format, these events consist of a Pro Angler supplying a boat to fish out of and Welcomes Co Anglers that randomly draw a different Pro each day of Competition.  Other circuits have eliminated Co-Anglers or AM’s from their Circuits while Wild West Bass Trail sees this as an important part of the Sport going forward.

The Top finishing Pros in 2018 were

The Top finishing Ams in 2018 were

These events can have 1 or 2 Anglers fish , these are 7 fish limit events so having a Team partner is important at all events. The Team trails have off-limits the week prior to each event really leveling the playing field. Nobody has fished all week leading up to an event, so this really challenges Anglers to adapt to the current days fishing conditions if they are to excel.

The Top finishing Teams in 2018 Arizona were

The Top finishing Teams in 2018 California Teams were

All divisions of The Wild West Bass Trail have end of Championships the T.O.C’s where the years most competitive Anglers Qualify to fish for a Title against the best in the West. Huge payouts and Big prizes are awarded at these events for the Champions including Boats! 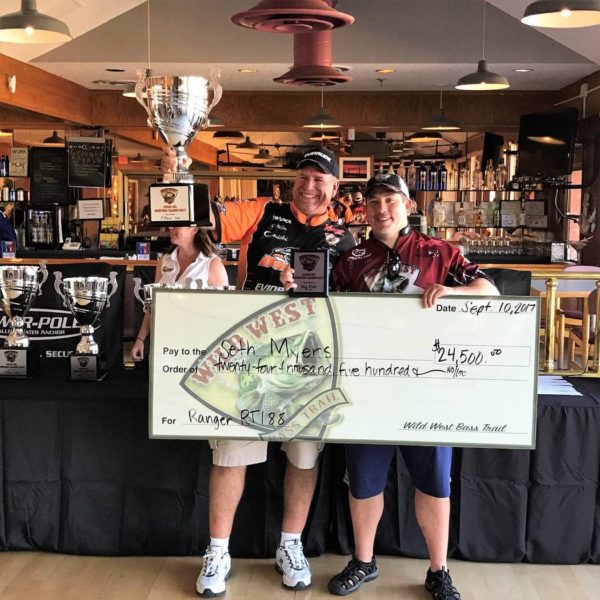 We asked a few Anglers why they choose to fish Wild West Bass Trail and these were their answers. 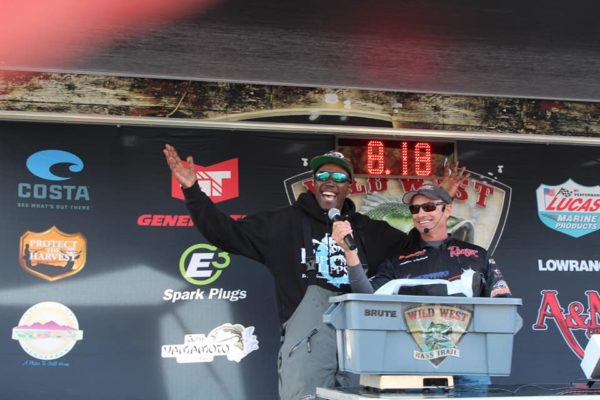 “I choose to support  Wildwest Bass Trail because since it’s inception as they were and are still are for the anglers. Whether it’s the tremendous paybacks, professionally run events,  the aggressive angler based contingency programs, or expansive television and social media coverage Wildwest Bass Trail delivers on all fronts” 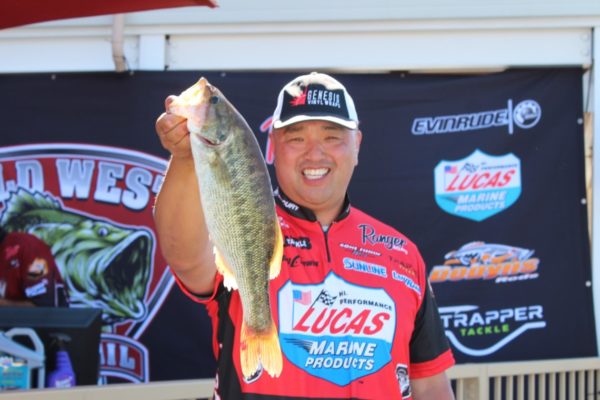 “The Wild West circuit brings professional bass anglers to the West coast at an affordable price with a high rate of return.  It brings exposure for myself not only at a local or state level, but nationally.  I am able to compete against other professional anglers like myself, which increases the level of competition and makes me a better fishermen.  Anglers help the Wild West select the best fisheries, to ensure a successful tournament with big weights.  Wild west is one of the first to publish their schedule for the year which aides in planning for the year in which tournaments to attend.” 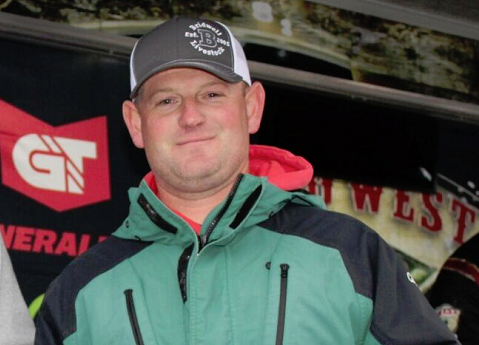 “ It gives me a chance to Live the Dream and do it in my Home state of California. Moving up to the Wild West Bass trail forces me to work harder and smarter to be a better Tournament Angler!” 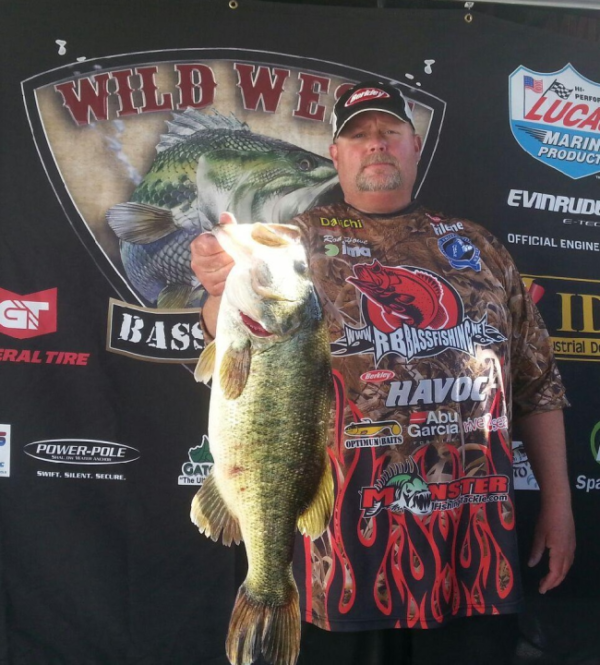 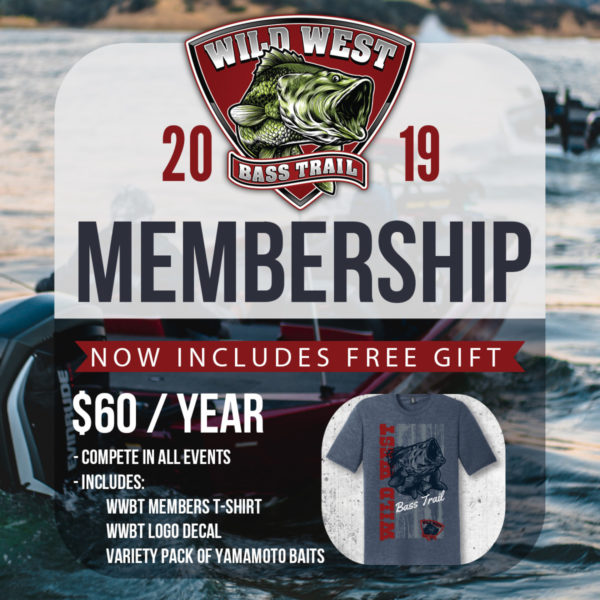 Wild West has a Big focus on promoting its Anglers, at the end of 2018 new Bio’s about Anglers are being published on their website and also being posted on social media for additional Angler Exposure. Supporting the Anglers is a big key to the Success of a Tournament organization. To see Angler Bio’s click here.

TV Coverage is growing rapidly you can watch events on the Pursuit Channel and on the Wild West You Tube channel. The viewers are watching the You Tube channel at a high rate in 2018 there has been over a Million Minutes watched giving Anglhttps://www.wildwestbasstrail.com/product/wwbt-annual-individual-membership/https://www.wildwestbasstrail.com/product/wwbt-annual-individual-membership/ers Exposure and Advertisers a solid Bang for their buck!

2019 Wild West Bass Trail Events to kick off soon!  Starting on Lake Shasta January 12th will be the California Teams Trail. Next up is January 19th on Lake Pleasant for the Arizona Teams Trail and the Big Pro-Ams will be at Lake Shasta Ca, from January 27th thru January 29th. Get your Membership now and get in on a 90% Payback! Come support the Biggest Pro-Am circuit on the West Coast. To see all 2019 Schedules click here. 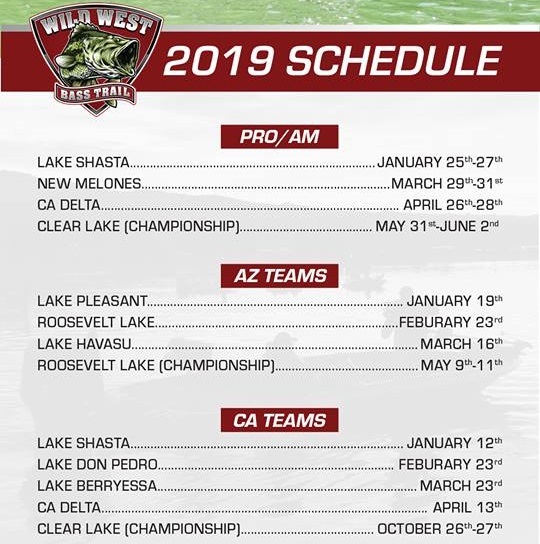