Stink factor: off the chart

The last day of June finds me at Clearlake, with RB Bass Outdoor partner Bob Tyler and doing our favorite thing…..frogging!

The day started early on the water at 0530 to take advantage of the calm. We headed North but stopped mid lake in the Rattlesnake arm to fish reeds, with a few feet of open water in front, followed by sparse grass in front of that. We tossed frogs to the reeds and if no hits we would continue to retrieve out past the outer edge of the grass. Within the first several casts we boated two 4’s and a 3 lber. The day was looking up. Having run that length of reeds out we moved on. 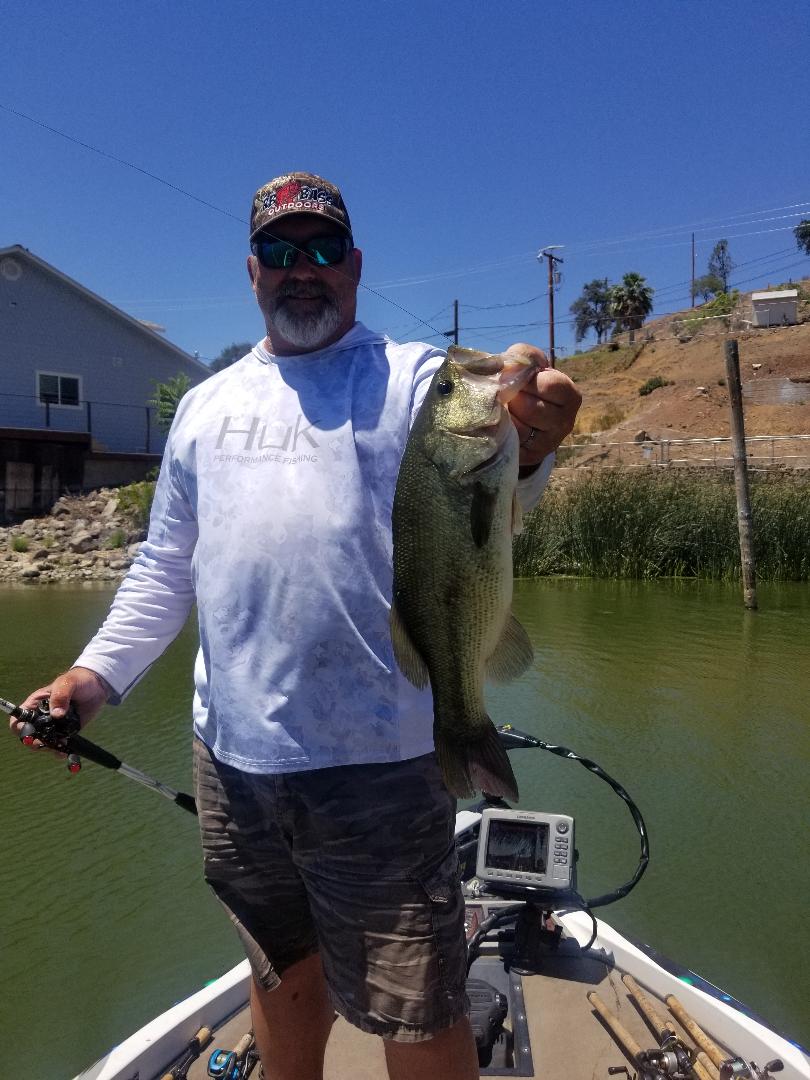 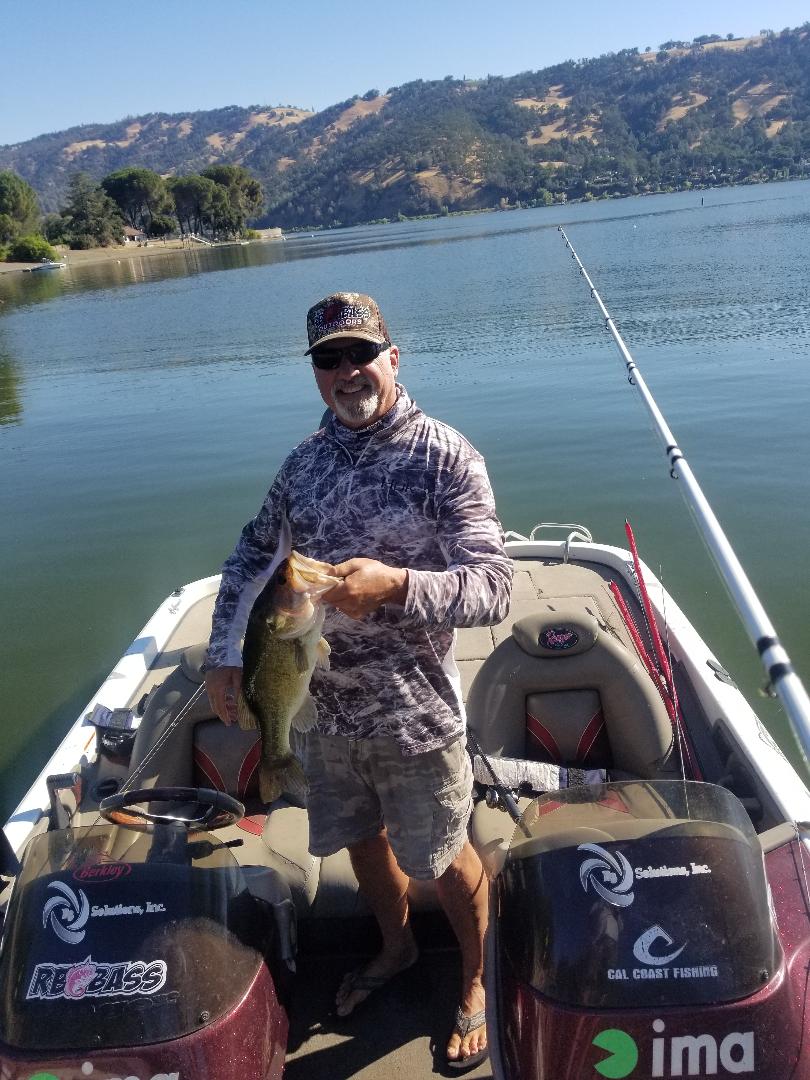 From there we took off North, as neither one of us has been up there in quite some time. Our next stop was up at Long Tulle to check out the water conditions there and truthfully I found it disappointing, as it was not only Shallow but algae was there too. The grass looked like it had been sprayed, most of it just below the surface but looked dead and mossy! The area only produced one small bite. After 20 casts we left and thought about hitting the Lucerne area, as we scouted it from Hwy 20 the day before and it had a ton of grass. If you were Looking for an open water bite, it might be good, but we decided to head back to middle lake and duplicate what we did in the morning. We stopped at several places, one being over near Kona and first cast, on the first reed point, I got slammed with a fish over 6 lbs. That area produced 2 more fish, one being 5+, so 2 of the 3 culled. The algae was minimal there. I learned to set the hook even when it’s just slurped, because those are the biggest ones. We call it the toilet bowl flush. They just open their big mouths to suck in the frog, where the smaller fish smash it, though big ones do too. 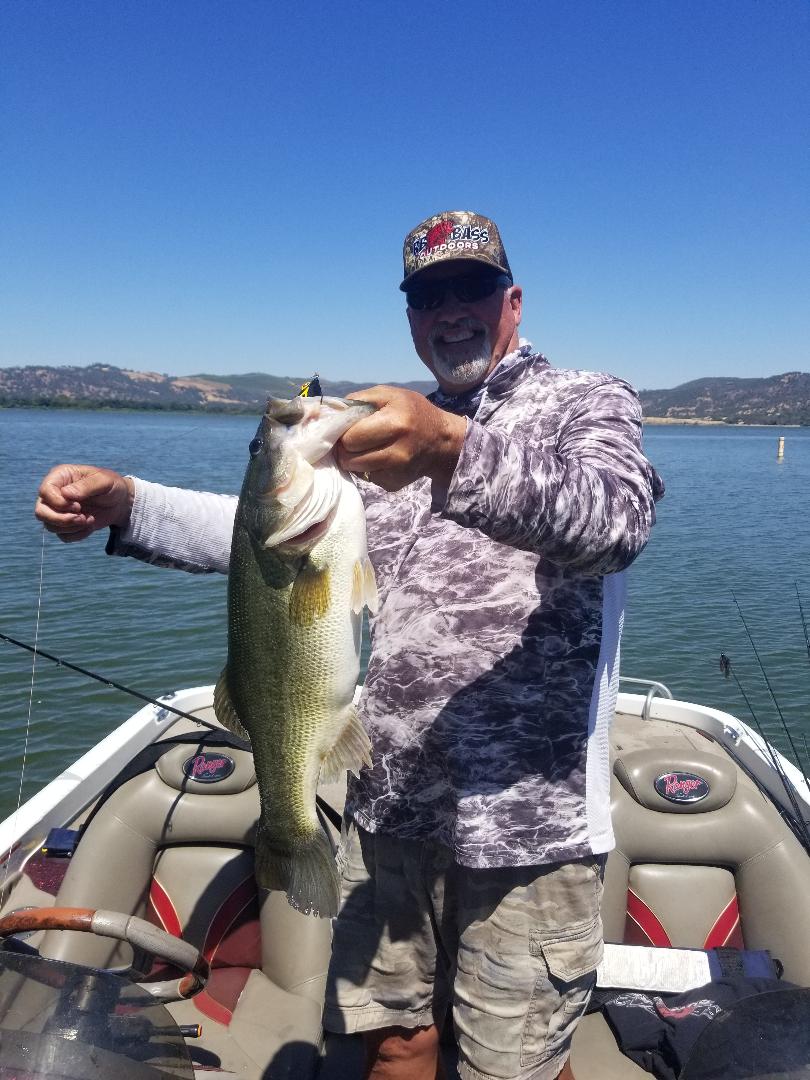 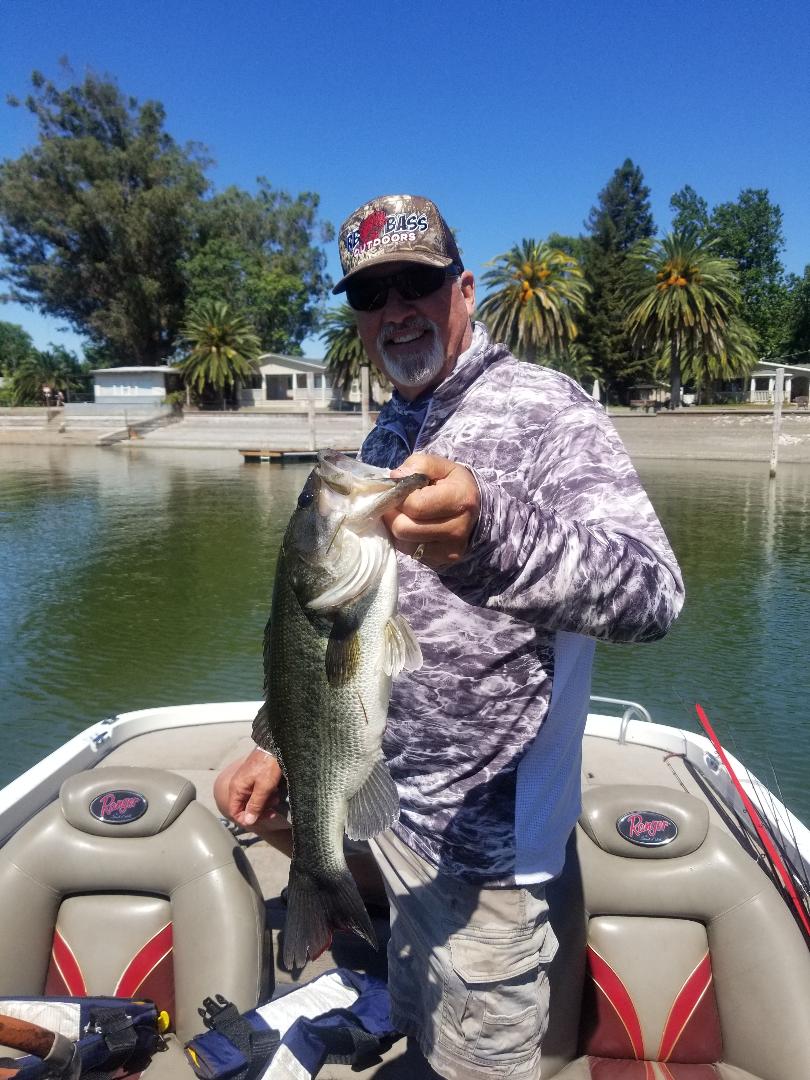 At mid day we got a call from a buddy and said we ought to try the Lucerne area that a month ago they were loaded up there. Well it was scouted but we didn’t go, so now is the time. Another run up and found the flats and grass but it just didn’t look right. There were a few docks and reeds you could get to but it was really skinny and thick grass everywhere, and it also had that dead look. We gave it about an hour, drifting about a half mile to cover the water well, but it didn’t give us anything. I was hoping for an offshore grass bite but nothing.

Another long run, we went to the Redbud arm and fished reeds in between docks and any place the algae wasn’t so bad and the reeds had some deeper water on it. We fished down at Frazier Point and inward toward the bay and found several fish in the thin algae just off packed Hyacinths. One culled. 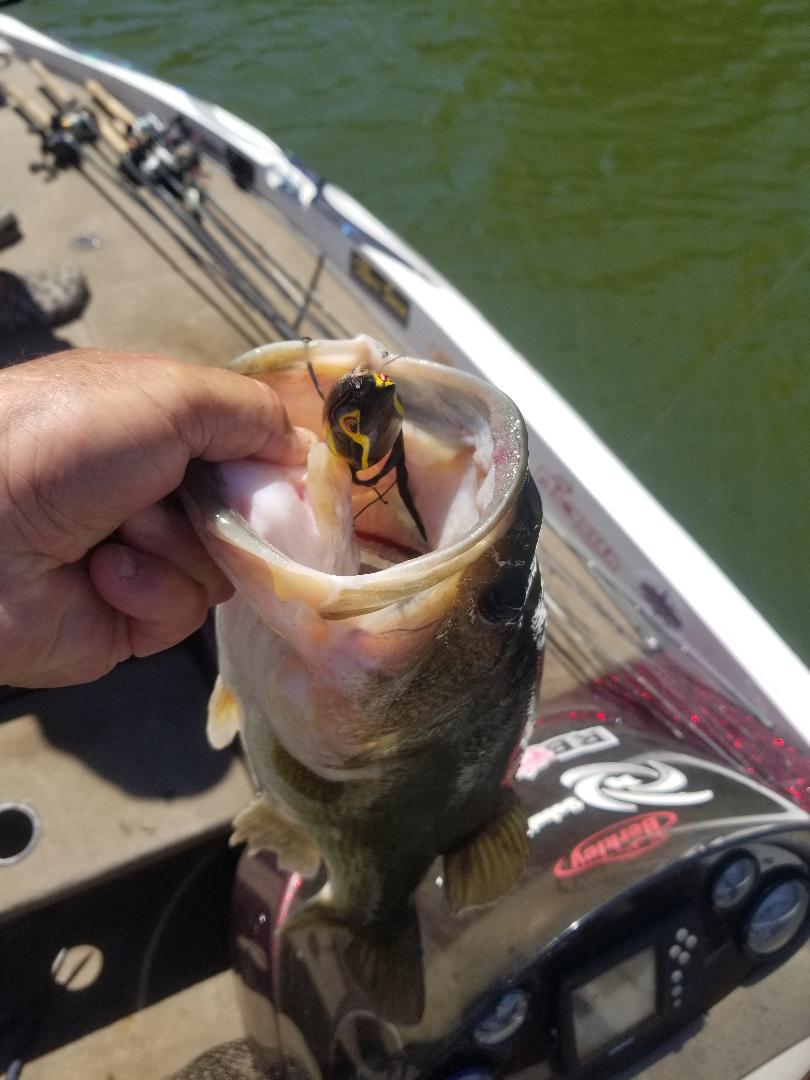 We then ran across the arm to places I’m not familiar with, but we ran docks and reeds that conformed to what we were doing. Just South of Gooseneck, produced two more 6+ lbers, one each and a 5. Poor Bob lost a monster there on a Plopper that he had on for about ten feet. To be honest, It looked to be over 12, but we will never know. How it missed 6 hooks we don’t have a clue, but it was a heartbreaker. Though Bob caught a lot of fish this day, that fish and two others through the day, a 10 and an 8 he missed will haunt him forever. 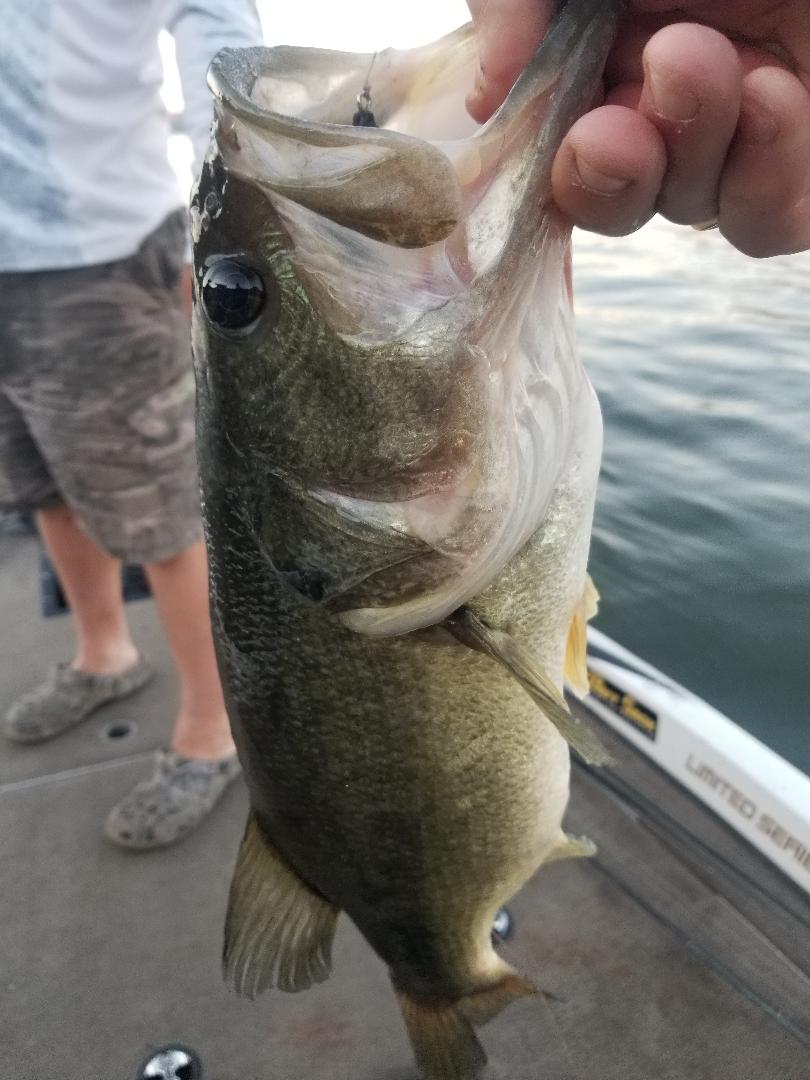 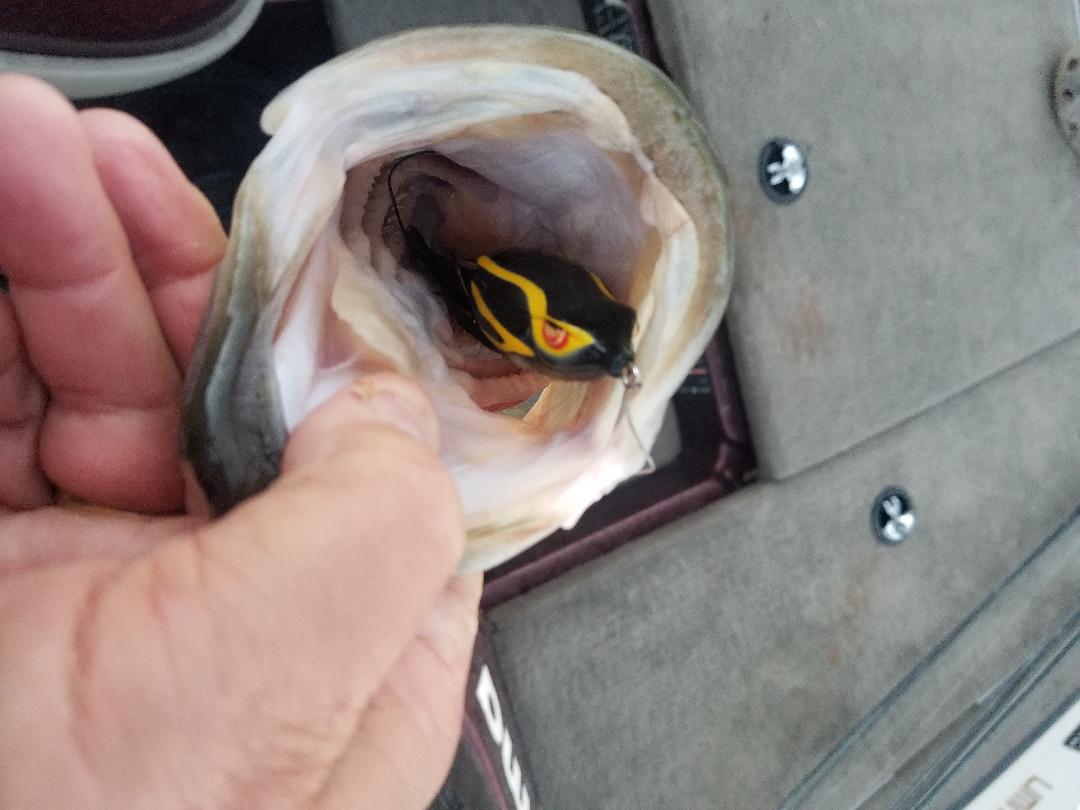 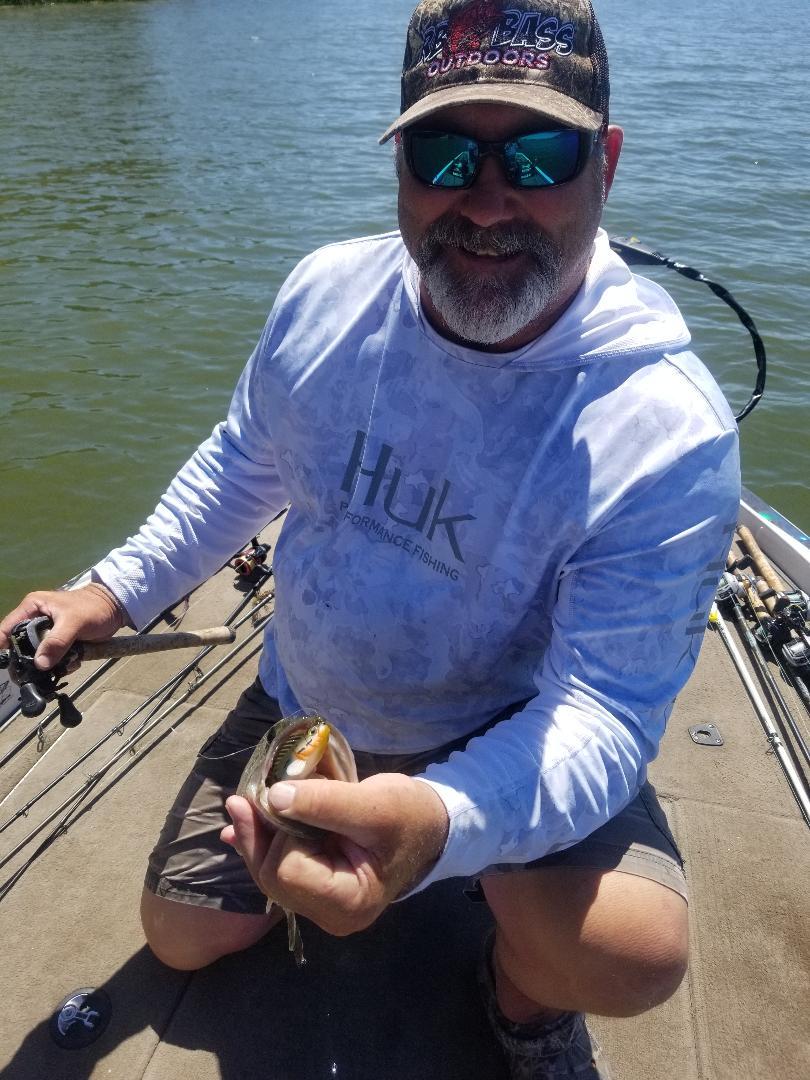 Our last run was back to Rattlesnake to fish some known juice, which produced more frog and plopper fish. The last frog fish was mine and came out of the shade of a dock next to the reeds, but being a 4 lber it didn’t cull. It was late afternoon, and being old, tired, hot in that heat, and a 2 hour drive back home, Bob let me call it a day, though we had several more hours to fish. I thought 11 hours on the water was enough for me.

We finished the day with 29.70 for the 5, with all mine coming on a frog, and Bob’s coming on a frog, plopper, drop shot. Yes I was stubborn. In total we caught about 45 fish, most in the class you really wanted. What an epic day, a fun day and a haunting day for the Legend!