After almost a month being off water, I drove up to Clearlake to load Bob’s boat with gear and head over to the house where a party was going on. It was Ryan Hall’s birthday!! After spending time with RB bass brothers Ryan Hall and Chris Perez, for Ryan’s birthday crawfish boil dinner, my partner Bob Tyler and I retired to his abode to get some much needed grandpa time, sleep, not sure what that is but the attempt was made.

0500 came awfully early, but up and attem, uhh…coffee helped.  We got on the water just after light and much to our disappointment the wind was howling at about 15 miles mph, causing waves we didn’t want (both of us with medical complications). What the heck? The Weather Channel said 2-3, maybe they meant feet in waves. They never get it right.

We plowed ahead to make our way up toward Anderson in order to use it as a wing shield before making a hard left into Redbud, too much smoother water…we thought. At our first stop, after several casts, with a frog, Bob produced our 1st frog fish of the day.  This may turn out to be a great day tater, if we can find enough calm water. As usual we’re going to have to work for them.  We pulled out of that area, and headed to our 2nd spot on the Eastside battling wind and waves all the way. It’s late May and I’m still in winter gear, thank God! 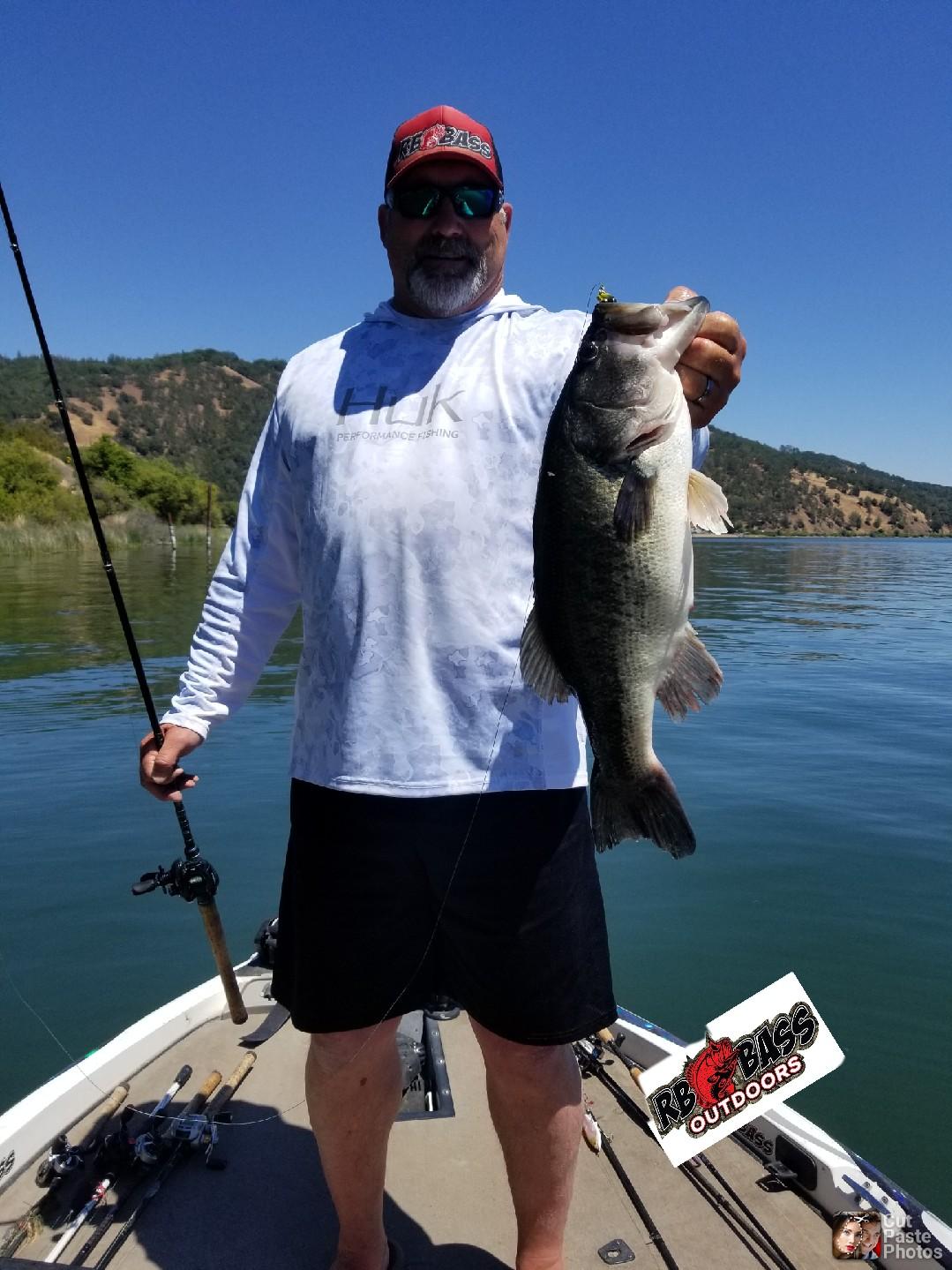 Our 2nd spot produced the same with another frog fish. We explored the redbud arm a bit, but opted out of hitting all the places we usually go and then decided to run North, assuming we can get around the point at Buckingham. To our amazement, the North was pretty flat, no waves or much wind!! Clearlake has the weirdest weather. I’ve literally been on this body of water in hail and rain, with lightning when it’s 90 degrees out. 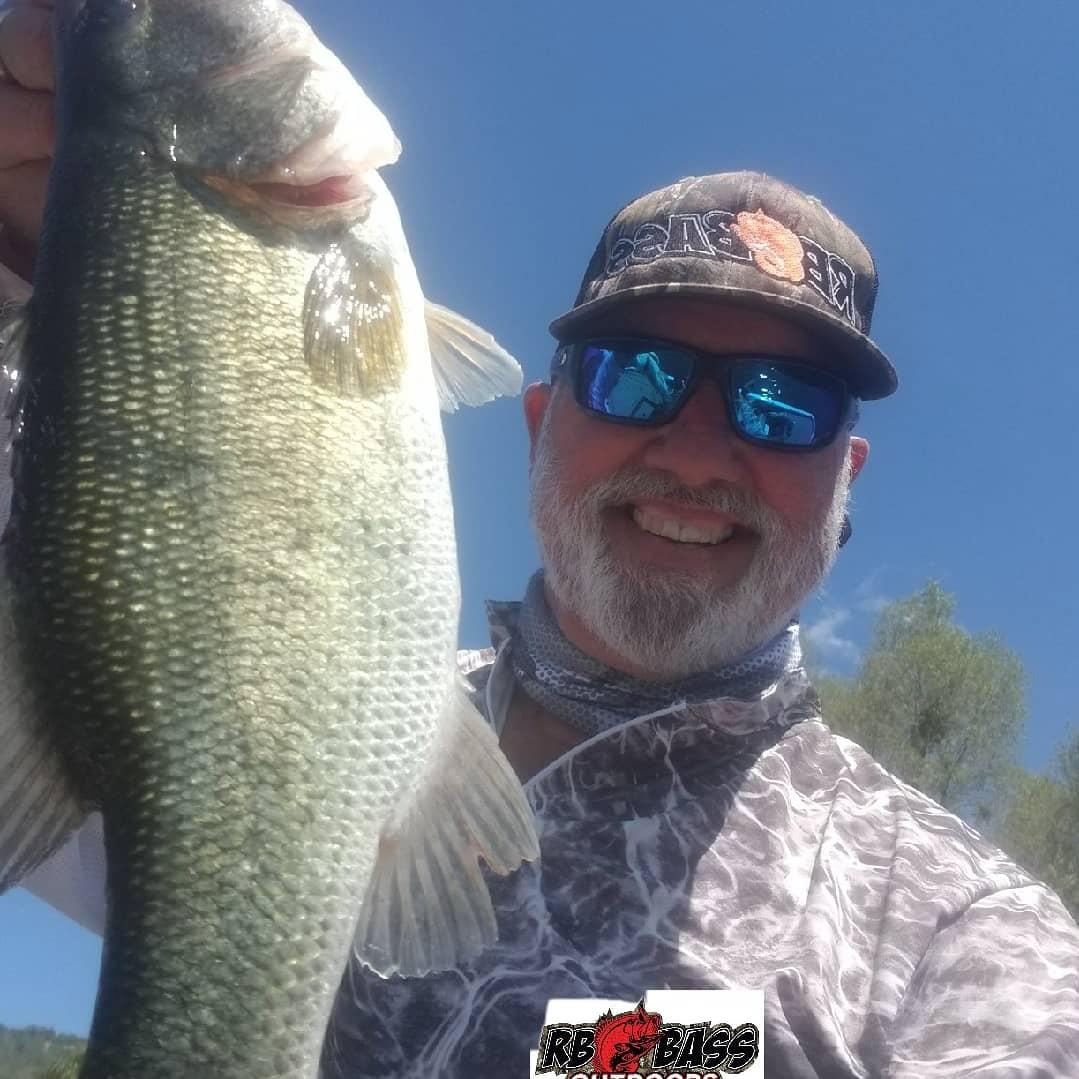 We checked out all the normal community stops up there that everybody does and then some. Our next stop produced more frog fish, along the Tullie line, even though the water was pretty skinny up there.  It seemed the most productive water were the points and the inside and outside of the points, but not the bay grass, at least for frogging.  When we cut across the bays to get to the other points, we either chatterbaited the grass or threw a whopper plopper over the top, as the grass was below the surface. This worked well as we came up with chatterbait fish and a whopper plopper fish, one absolutely destroyed my plopper on a powerful strike. We also threw the buzzbait but no success there. 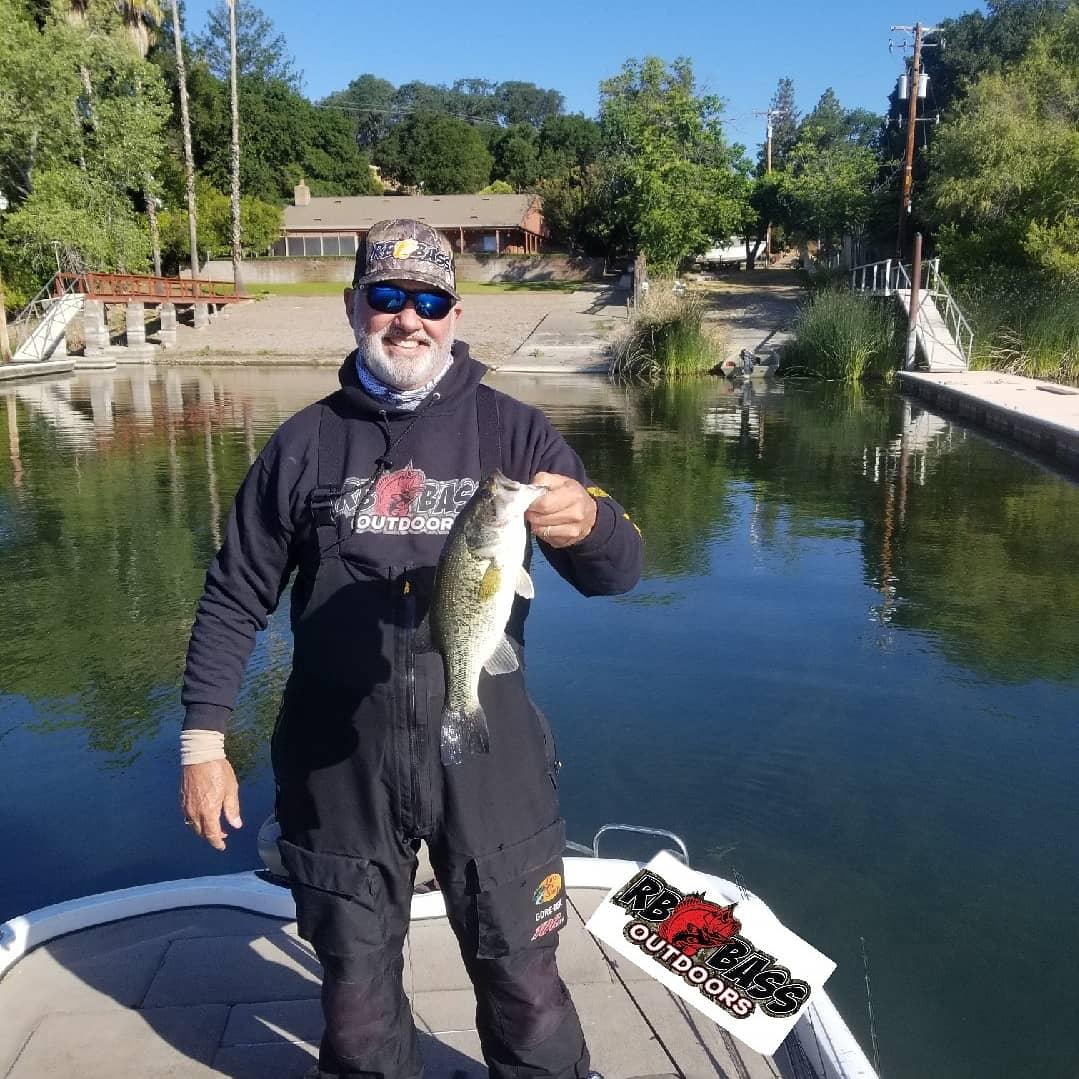 Now the weather has changed, no wind, sun’s out and getting hot. Layers of clothes start to peel off.  We continued to follow this pattern of frog, chatterbait and whopper plopper, with throwing in a Brushhog now and then flipping.  While in one of the bays, we spotted several beds, with fish on them. We stopped to fun fish these as well, as they were small, but we had limited results. In a tournament you wouldn’t bother with most if these. While I tried to keep the boat steady in the breeze,  Bob had a great time messing with them. He pulled one out at almost 4lbs. 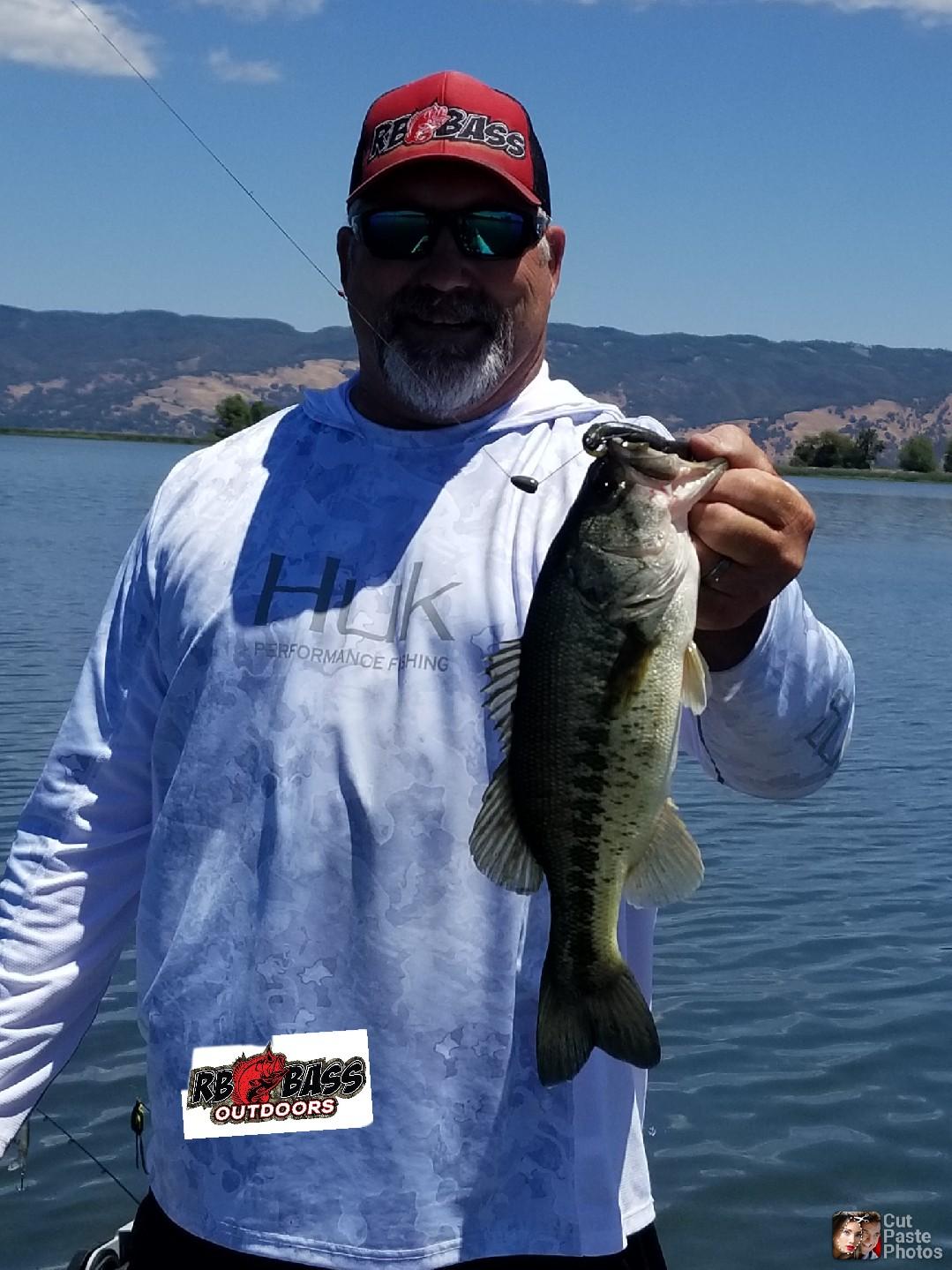 We stayed up North for about 4 hours fishing, having a blast, we even had an early quick lunch, hydration, energy drinks while soaking up the sun. The weather turned into 85 degrees and hot. Not going to lie, I got a little fried, but loved it. Now late in the day we decided to make a run back toward the rattlesnake arm, and made one stop, before we even got to Glenhaven. We again went back to our frogging and I got slurped again right away, but no commitment on the fish side. Once again we found the fish up skinny near the tullies, but also found heavy grass about 15 feet out away from the tullies. Bob tossed his frog to the tullies with no hits, but as he came across the grass… and I literally watched this…. a huge fish sky rocketed from the bottom, of about 10 feet, straight up to Bob’s frog and destroyed it. He yells for the net, and I yelled back “Whimp”, he yelled for the net again so I obliged. He boats the fish (or I did, depending how you look at it lol) and it weighed just shy of 6lbs.  Awesome frog fish! This totally made his day. We continued to fish this stretch for about 3/4 of a mile. This included Tooley’s, grass and docks.  There was about a 200 yd stretch there, where I caught 5 frog fish like every 30 yards. This was done in very shallow water to where I didn’t think fish would be up there, but they were. Some of these was in 6″ of water. Bob was just amazed at my frogging skills (read that as luck). 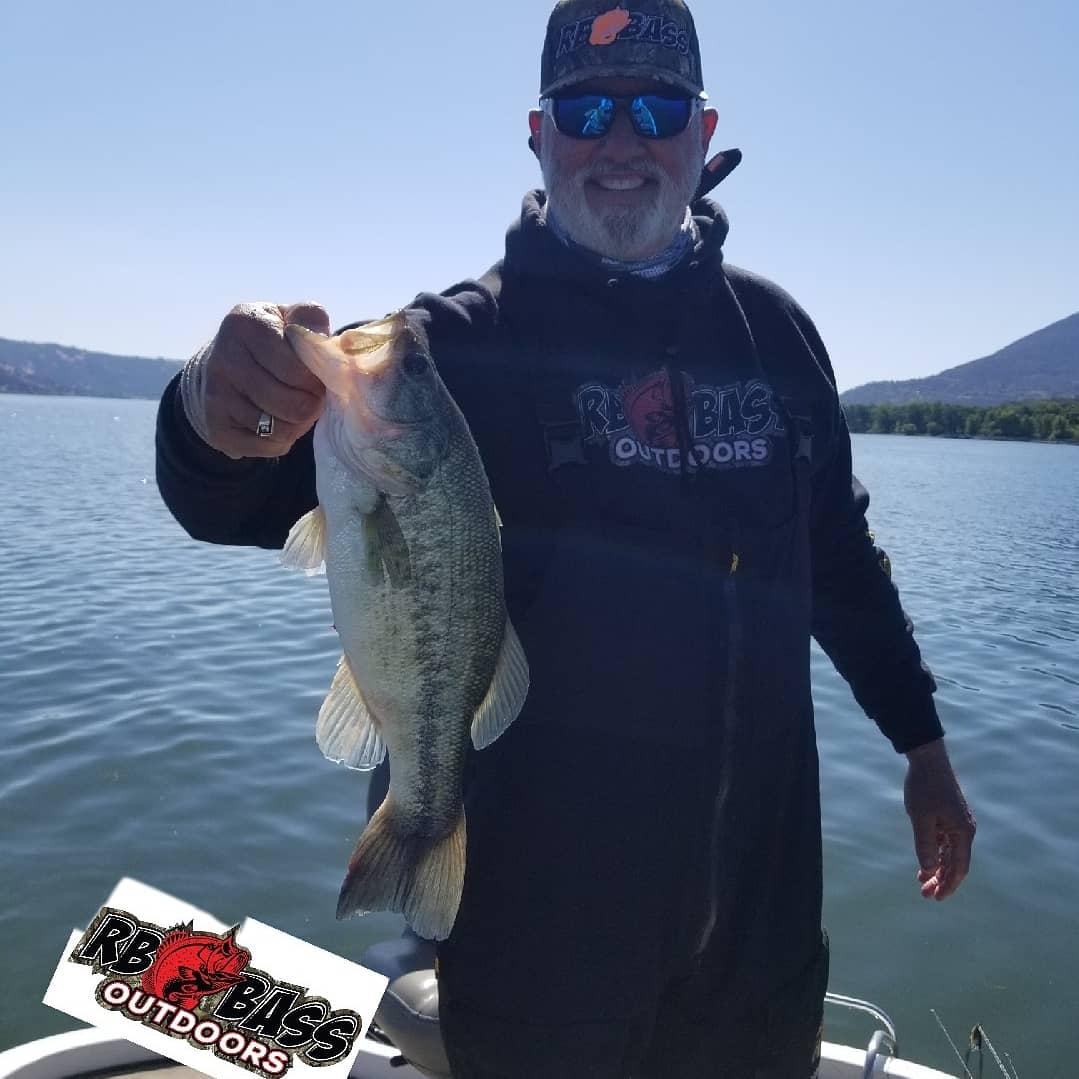 We had enough time left to make one more stop so off we went to hit Rattlesnake.  I’ve never done really well there but Bob has, so we decided to fish our last hour there. We threw frogs and threw frogs and threw frogs but without any success. I pretty much think it was because the reeds there were not only skinny in 6″ of water, but they were growing out of a large cobble rock bottom, and in my head, I didn’t think that’s a place where fish would hang. To my surprise I got slurped, but missed it. Dang fish could have made a decent attempt.  This was the only strike that we had before time ran out. Be advised that there are rocks exposed and just underneath the water there, and I mean lots.

All in all it was an awesome day of Sun and fun. If you’re going out to Clearlake to fish, my suggestion is don’t be afraid to throw it in the very very shallow water, it might surprise you too. Take a day, go out and have fun, and take a kid fishing with you.