I have spent the past several months testing Daiwa’s new Tatula SV reels. I have many and in different speeds including the 7.3 to and 8.1 to 1. I had been in the market for some new reels and had tried several, but had not found what I was looking for, until now. Some of the info in this review is taken from the Daiwa site as they can better explain some of the features then I can. 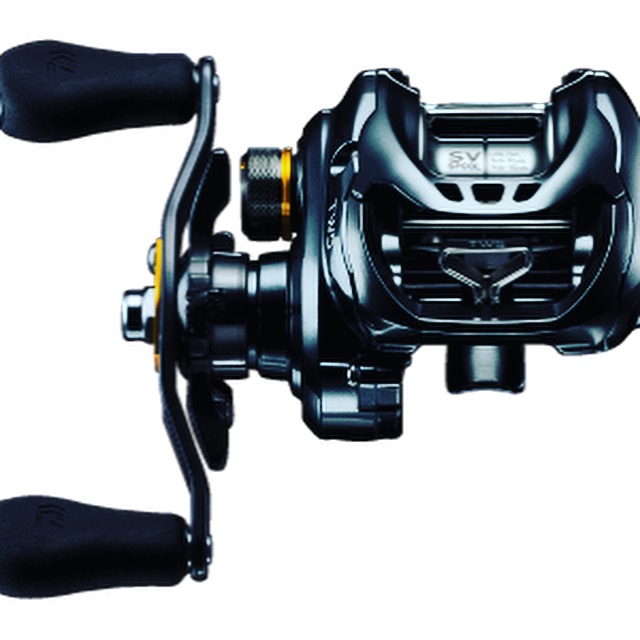 SV Concept:
The reel uses a magnetic braking system. The SV spook is made from Super Duraluminum. It is lighter yet still strong. The SV spool with the air brake system allows longer casts with lighter lures with ease. So in short the SV reel use a magnetic and air braking system. The reel sports Daiwas exclusive swept handle for comfort.  Like all Tatula reels this SV also sports the T wing system to improve casting. Keeping a powerful yet compact body, the SV is a very beautiful reel. Gold, red , or purple highlights on the reels signify the reel retrieve ratios, as well as looking awesome. The ratios are also clearly printed on the reel body.You will find a great drag on the SV, rated at around 13 lbs. Weighing in at 7.2 oz, it is not the lightest reel on the market. However I never found that to be an issue. 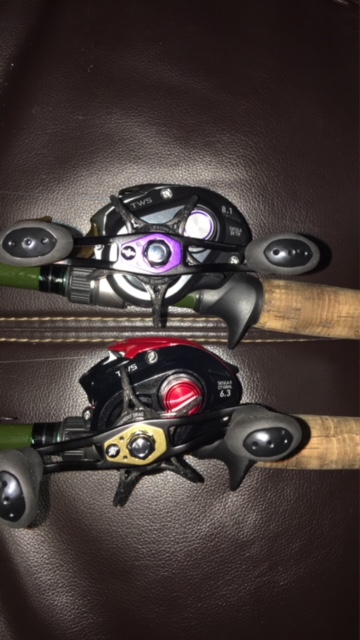 Performance:
The Tatula SV performed flawlessly. It was a pleasure to fish from the start. Casting a new reel can sometimes take a minute to get used to. The SV however seemed to be a natural fit. Casting long distances is effortless and issue free. Skipping baits is where you will really notice a difference with the SV. The braking system works as described, it was a rare case to see even a slight over run on the spool after a cast. Daiwa claims this reel to be virtually back lash proof. My experience found this to be true. It can be backlashed if thats what you set out to do. However when I was skipping jigs and made decent casts there were no issues at all. Putting the jig in places that don’t see many lures were soon a regular occurrence from day 1. The SV also shines when casting lighter baits that often can cause us fits when using a bait caster. Light cranks, top water and weightless baits all worked well. Fishing heavy cover and wood with weightless baits can be a tough one. Now aI can fish heavy line and still cast a weightless bait with ease. 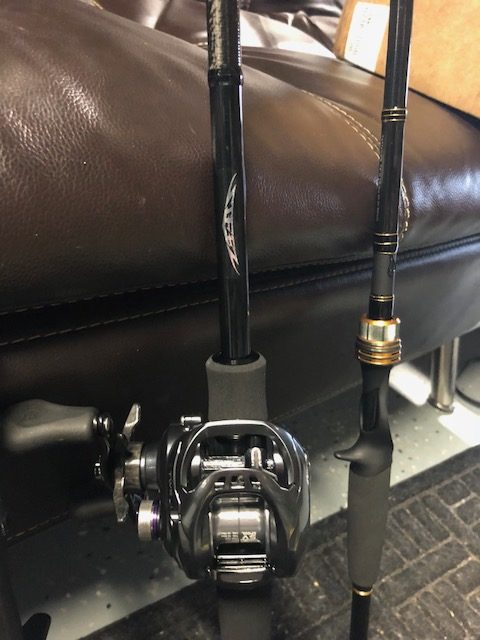 Over all this new Daiwa SV is a winner. I can’t really say anything bad about it. Ive fished the reel on many different rods and found it to pair well and feel great with my Powell rods, Daiwa rods, and even my Skeet Reese rods. If anything, and Im not a weight freak, the reel could be a bit lighter. That said if there is one thing about Daiwa it is their products last. Even if you only want a reel just for skipping, the Daiwa SV will improve your chances of catching that fish of a lifetime, or that extra fish on game day. If you have tried skipping and been frustrated Id suggest giving the Tatula SV a try. Once you fish one you may end up replacing all of your reels like I did. 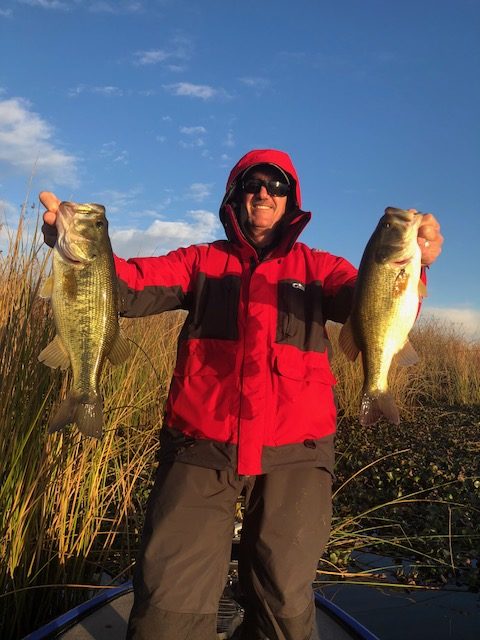