Last Sunday Armand Perez and I launched at B&W and decided to try some new water and ran NE for a bit. I was astonished to find the wind calm with a slight breeze, as once again the weatherman was wrong predicting 10-20 winds. This is the first time on the Delta this year where I wasn’t blown off the boat. I was encouraged by friends fishing, like Will Colunga catching some good ones after work.

We powered down and naturally started throwing frogs and flippin wherever there was a matt or grass.  Armand gets a huge boil and then gets smacked, sets the hook and I heard the braid scream. I’m diving for the net when it came unbuttoned. Needless to say there were a few expletives shouted and I would have too, as it looked to be about 6 lbs.

Well at least the day was looking up, so Back to fishing we went. It wasn’t too far down the bank that Armand hooks into another big one, as it turns out it was a 5 + pounder, as we boated it. Now I’m thinking the day is going to be decent. I pick up a frog fish but he was small but that’s ok by me. 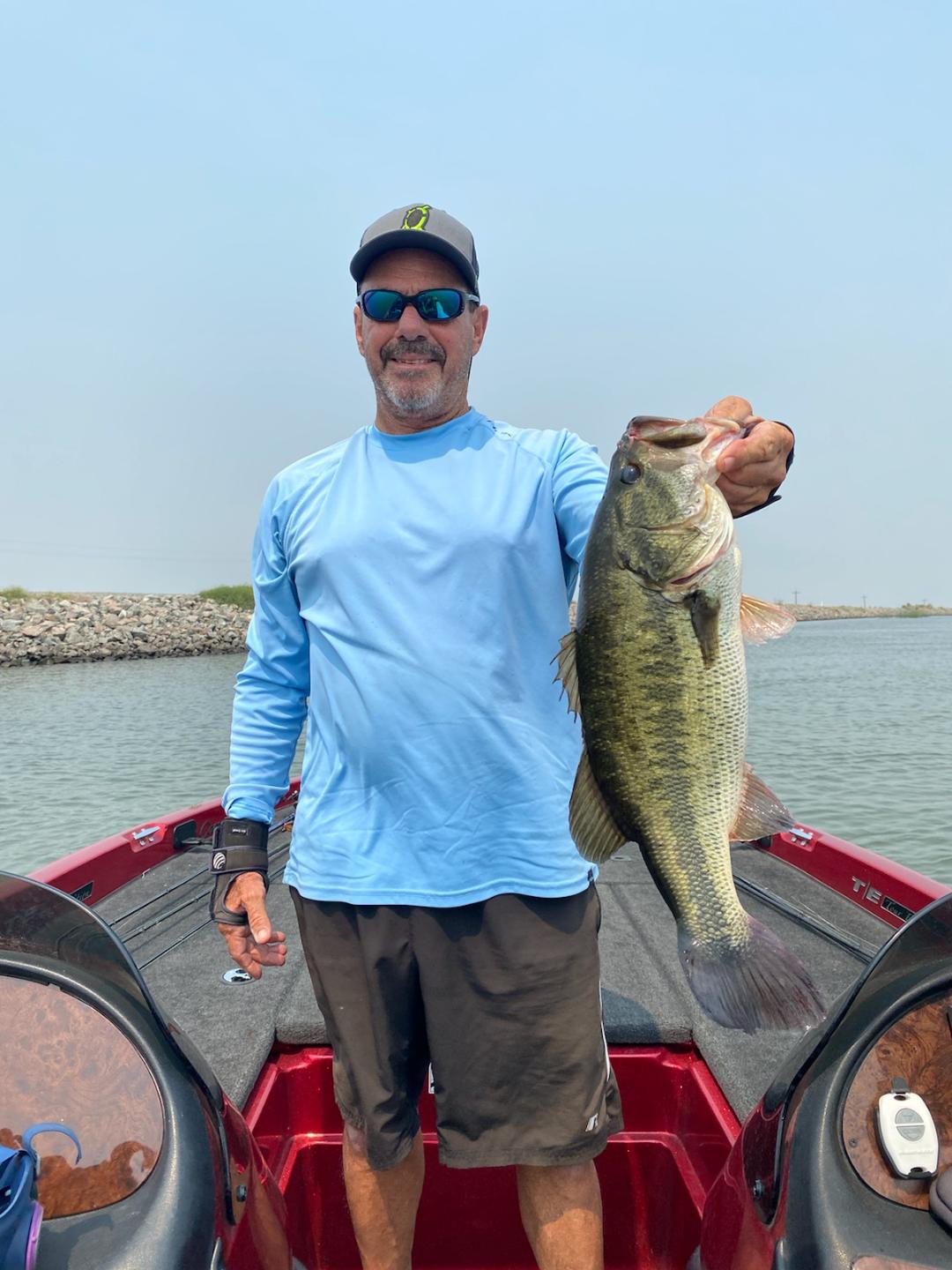 We moved locations throughout the day picking off 1 or 2 here and there which made the day a fun one. The current was flowing pretty good and a slight ripple on the water and I hook up with a few Chatterbait fish and was feeling confident the day would get even better. While Armand was punching some matts, with little success, I flipped the outside grass and came up with 2 keepers, again nothing big. This year seems to be the year of rats for me. We continued switching our tactics depending on what was in front of us. Who says you don’t get exercise on a bass boat?

I punched a good keeper out of matt that wasn’t 2’x3′ and Armand said he let it pass cause it was too small lol.  Lesson learned, even for an old Pro like him.

It was coming close to high tide and the smoke was killing me, so I had to break out my respirator, it sucks to be a bronchial asthmatic in the smoke. We made another run to Franks Tract before the switch happened and worked some outside reeds, and I caught another grass flip fish, but again nothing to brag about.  I was breathing a little better, so we continued until the switch happened. From then on it was like someone flipped the switch to off and there were no more bites. So we ran to our first and last stop in the UFC but found nothing. Scratching our heads we decided to call it a day and beat all the “you know who’s” back to the ramp and load out before the comical show begins

All in all it was a fun day, but not one that would win a tournament. BIG FISH WHERE ARE YOU!

Remember if you get the chance take a kid fishing, and let them enjoy the outdoors like we do!