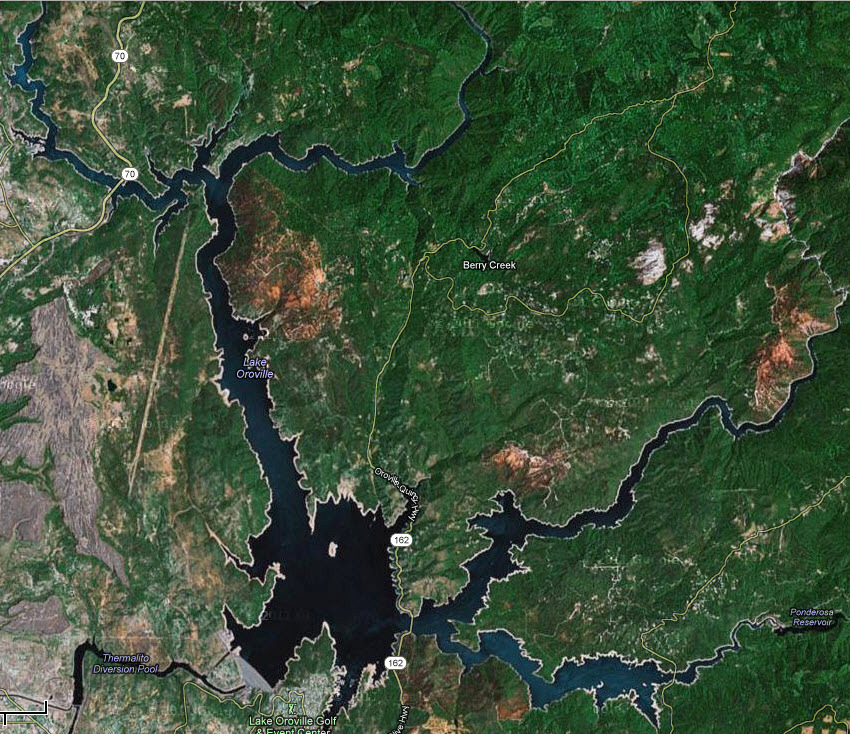 11/29/2020, Lake Oroville
Water Temp 53-56
Blue Sky – full moon
Wind at 0-2 variable
This early Sunday morning found several of us at the Spillway Launch Ramp at Lake Oroville. The ramp is mostly closed, with the exception of the far left lane, which is a single ramp and dock. The lake is down 200 feet and it won’t be long before the spillway will be closed. It was 33 degrees, but didn’t feel as cold as it was, until the first run or when the breeze hit you. This was going to be a day of fun fishing, and no expectations were had for anything “big”, it was Oroville. 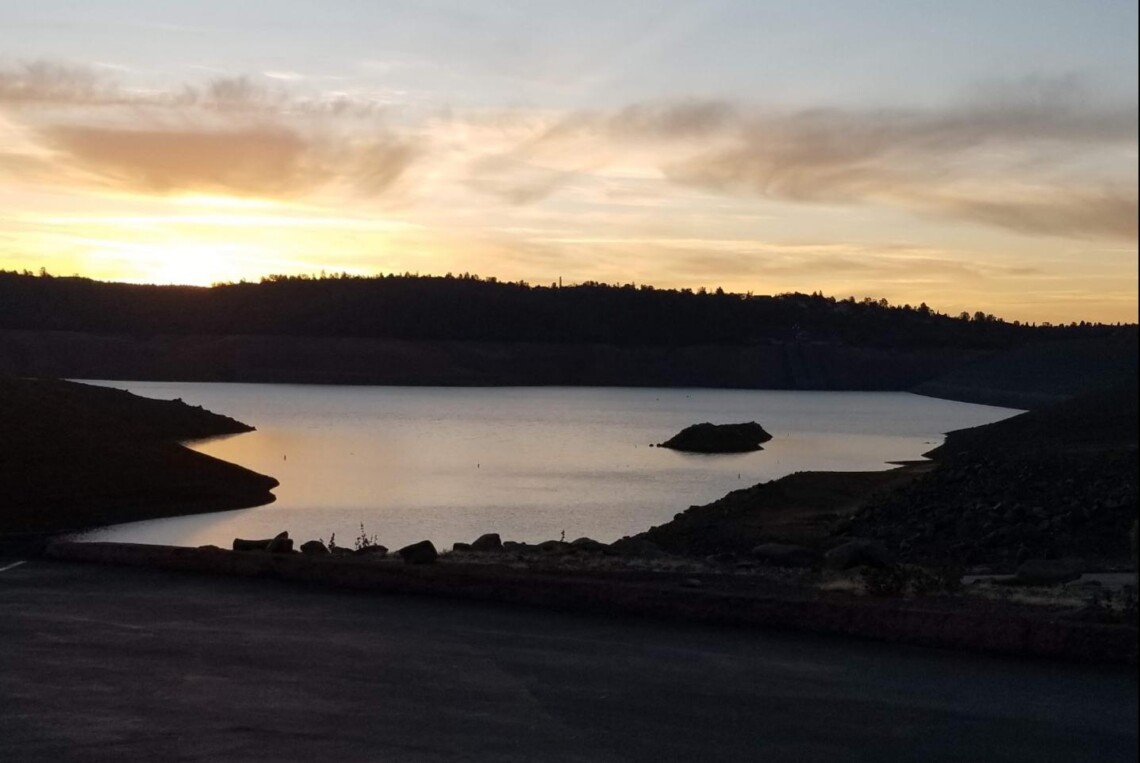 I was the co-angler on this trip, working out of RB Angler Chris Perez’s boat, and our first run put us on rock to the left of the bridge and before I could get all my rods un-socked to fish, Chris had 3 in the boat. Oh, so it was going to be like this today! All 3 were small 1-2.5 pounds but fun. We moved mainly around main lake, staying on main points and secondary points finding that the fish weren’t in the back of the bays. Most times they were either on point or within a 100 yards of it. 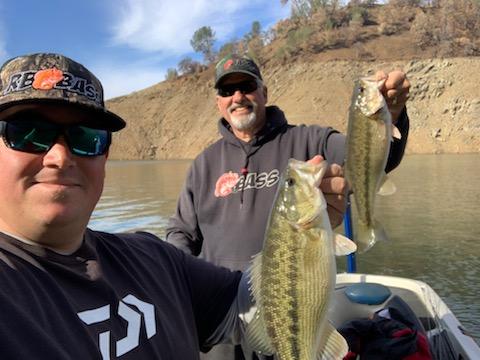 We threw a ton of different baits, especially after the sun got up and warmed things up, as a matter of fact Chris had 7 rods on deck geared with different baits and he caught fish on all of them. I had 7 rods as well, armed with similar baits but only caught them on 4 of my rods. Most of our fish came on the A rig (thank you brother RB Angler Rob Clarke for making them). At one particular area, Chris and I had back, to back, to back doubles on A rigs. For about a 100 yard stretch, the school of fish there got fired up and it turned into the Mariana’s Turkey shoot (WWll reference, look it up). We also caught them on the Canopy Grenade Dart, a Rip Bait, Jig, Neko Rig, Drop Shot, and Spoon. Thought I would get some on a spinnerbait but there were no takers, same thing on a shakeyhead, which I thought would be the killer of the day, and nothing on a crankbait. We did make a small run to the South Fork but it wasn’t productive as main lake, so we went back. It always amazes me how clear that water up there is. At the end of the day, which always comes way to quickly for me, we ended up with about 12.5 pounds, the largest being a 3 that Chris had caught. 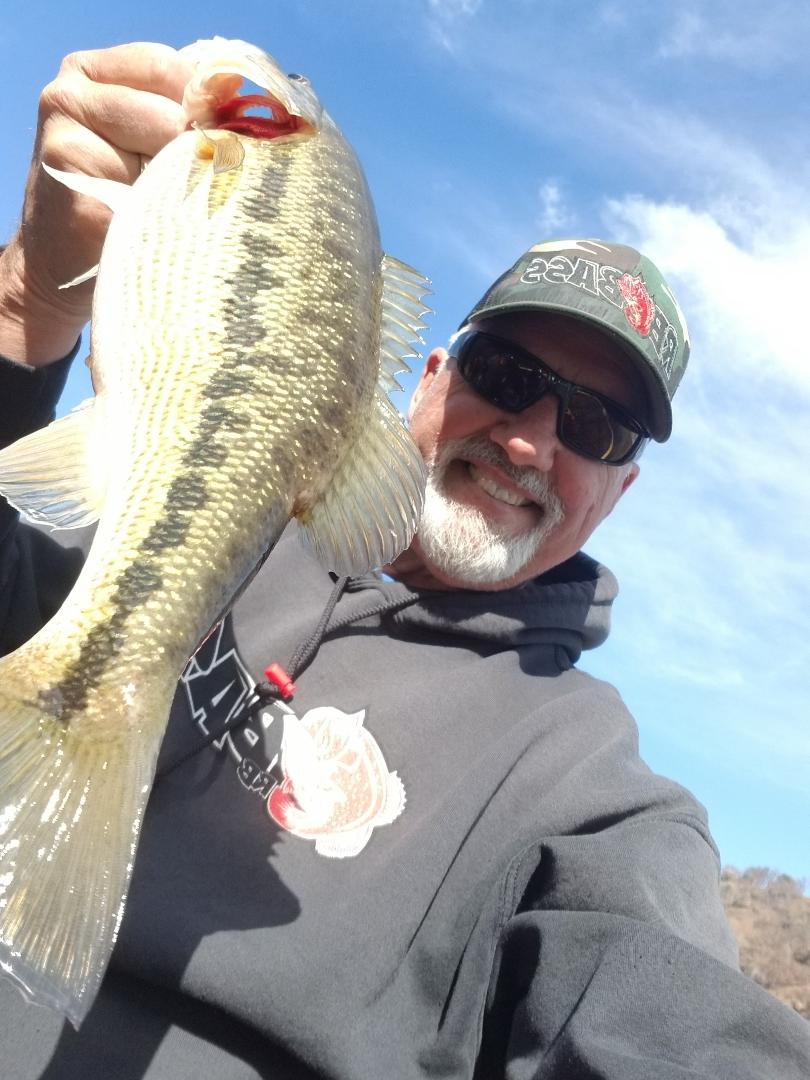 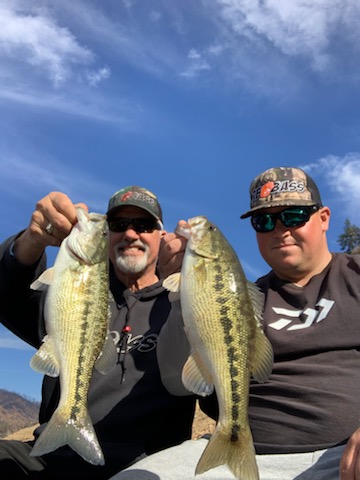 Also be advised that there is still smoke in the air and due to the last fires there the bays and shorelines that were affected still smell of smoke and ash. If you are a bronchial asthmatic like me and are sensitive to it, wear a mask, you’ll thank me later. Don’t let the cold stop you, go out and have fun and remember to take a kid with you. 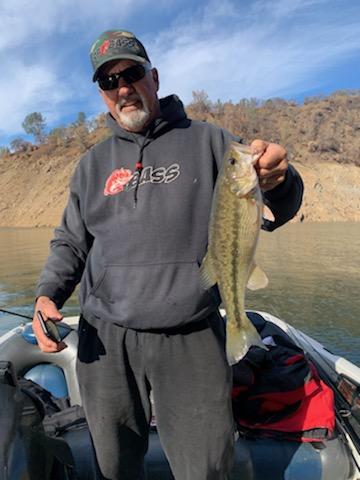