After a few days of practice and boating 20 lb bags, my team partner, Bob Tyler, and I trailed his boat out of the Keys, where he lives, and geared up for the NewJen Bass Tournament, to be launched at 5th Street ramp in Lakeport. We are really looking forward to this, after finding our water with the grass, which held those 20 lb bags.

This morning, Sunday, we arrived at the ramp, and was 3rd boat in the water. As we sat out in the dark awaiting the rest of the anglers, that’s when the nice calm serene morning turned into the opening of hell.  We had thunder and lightning all over the lake, and some directly above us, it was quite an impressive display. Then the wind came in like a cyclone and the rain started falling. A glimpse above revealed a circular vortex of clouds and rain above us. Fortunately it wasn’t moving. 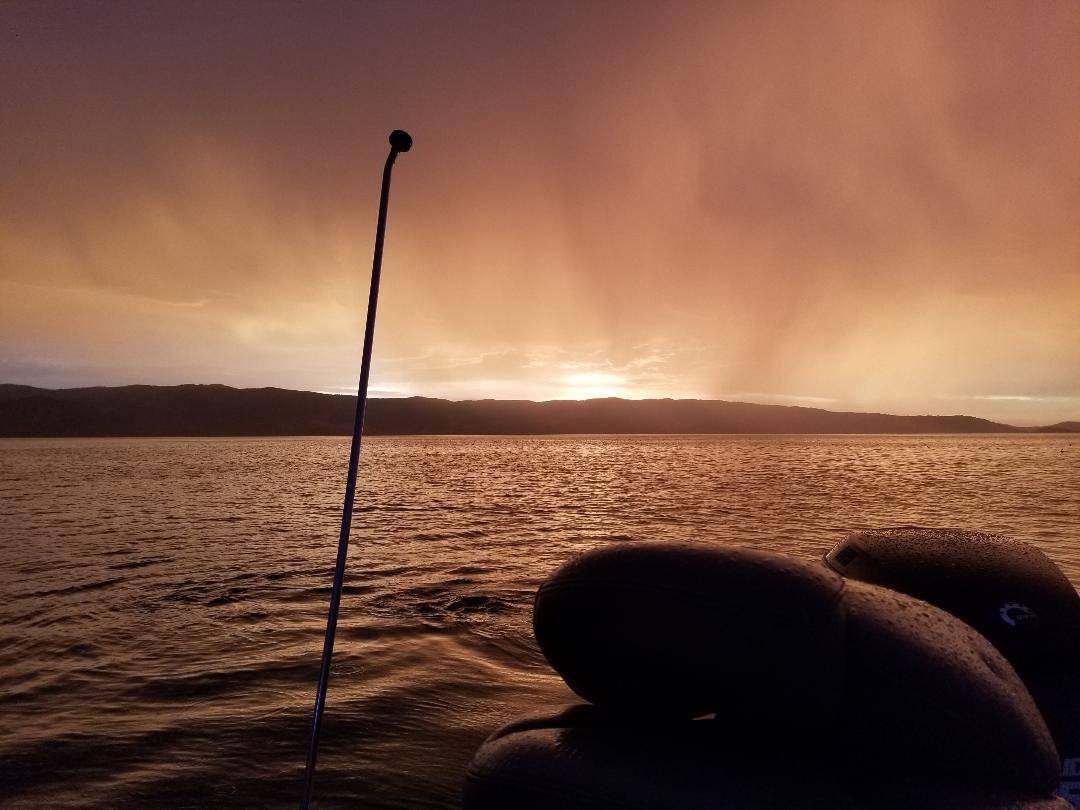 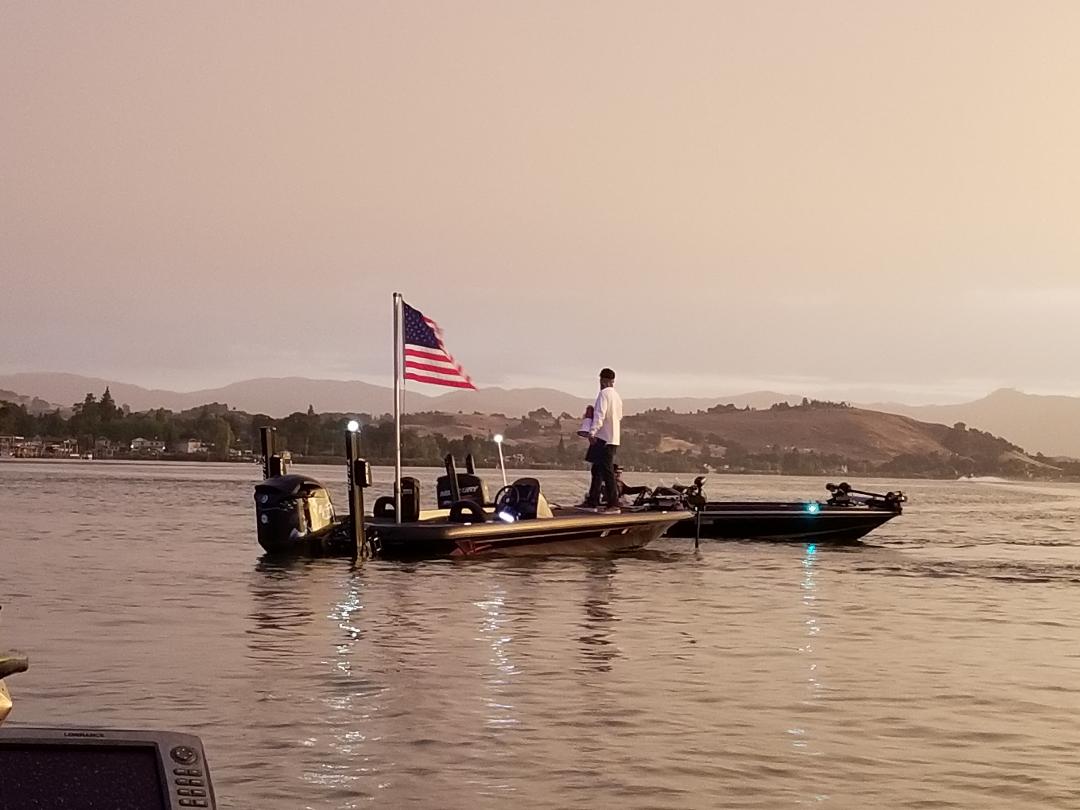 Day break and now with instructions from Newt, the first flight was on their way. We were in second flight so we shortly followed suit. We veered right and went to the casino, to check out some grass that has produced some frog fish for us in the past. My second cast to the outside of penny wart and I got smashed, on my black scum frog. It was a bit of a fight to get him in, especially with another 20lbs of grass, but a 3 lb success. One in the box. Bob looks at me and says, “This is going to be a great day Tater!” Little did we know what was about to happen the rest of the day.
We were disappointed when we didn’t get any more bites in the bay, it all looked so good, so we fired up Bob’s Ranger, to get to our next set of grass that we frogged a few days before, with huge success and where most of our big bag came from, but the engine decided not to give us any power. Uh Oh..no bueno! Here we sat in the middle of a thunderstorm and massive wind, with no power. Nope, we could only get about 4 mph out of her at the most. This isn’t going to work, all our water is a 100 yards or better offshore, not that it didn’t made any difference, as you can’t fish topwater frogs in 4-5 foot waves. There is no Plan B, we weren’t expecting this weather and being the backseat all I brought were frogs and a buzzbait lol. Any bottom gear in in my boat. So here comes Plan B off the cuff. We picked up a few more bites and a few more fish but nothing that will make this outing competitive.
After several laboring hours of getting the boat to run, then not run, on and off, we found ourselves further East than anticipated when the wind kicked into gear and we found ourselves in the middle of a squall blowing, but blowing in the direction we needed to go. It was a good thing as it was now 11:35 and our weigh in time was 12:15, so we braved the seas of 7 feet, at times, and tried to surf our way back. We waited until the big waves would carry us on top and just as it was about to break we hit the gas and surfed forward. We did time time after time, hoping that 50 minutes was enough time. We got swamped several times not having power to avoid the waves. When down in the trough, the waves were 4 feet over our heads. We speared one, and an avalanche of water soaked us and temporarily filled the bottom of the boat. The pumps work great by the way. It took us 49 minutes to go from Long Tule Point to 5th street at Lakeport! You can see the launch from where we were, but man what a ride. We were completely soaked from the rain and a few waves over the front and sides, it was nothing as Country Boys Will Survive lol. The 50 minutes was enough time as we checked in with 1 minute left. 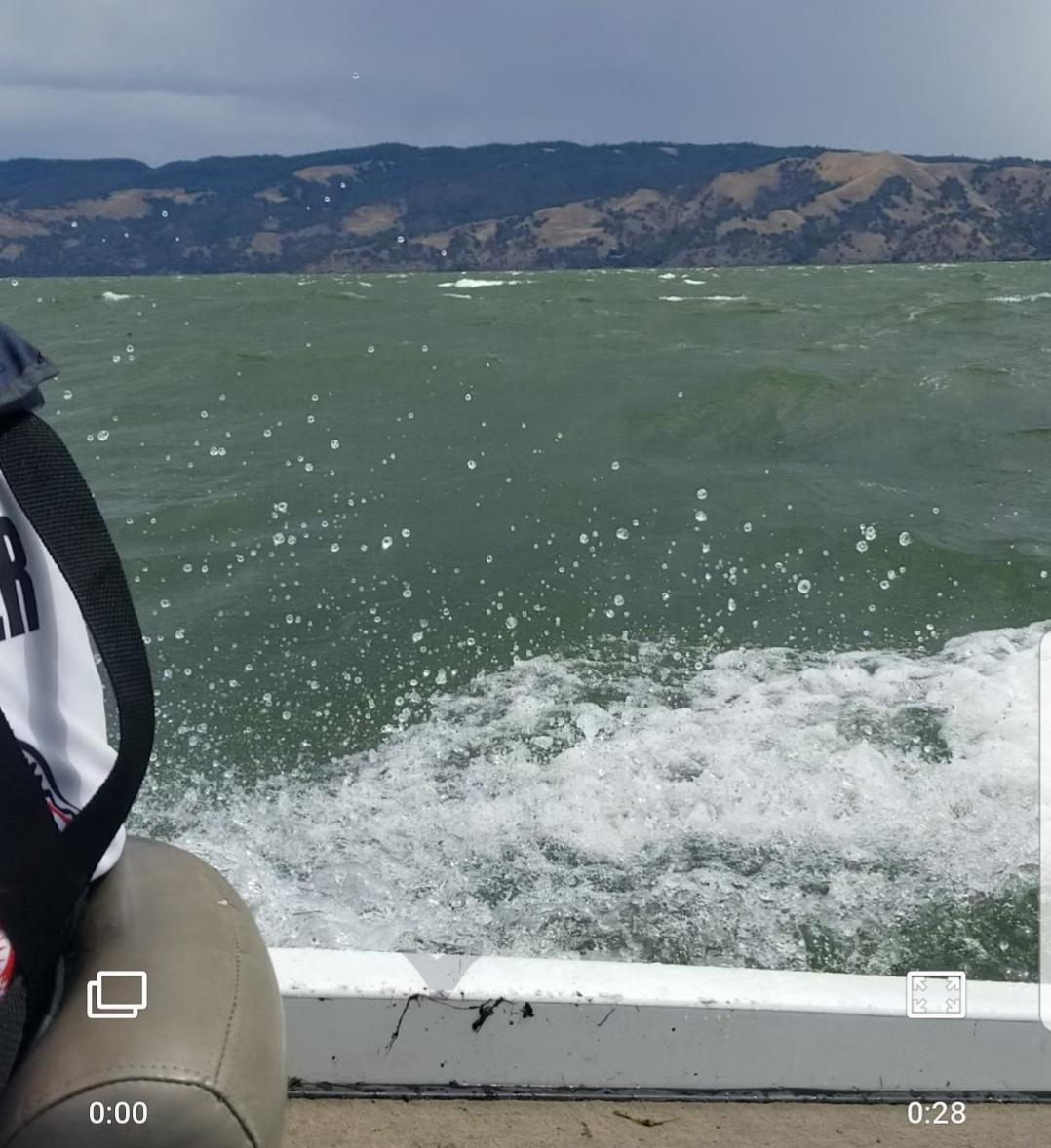 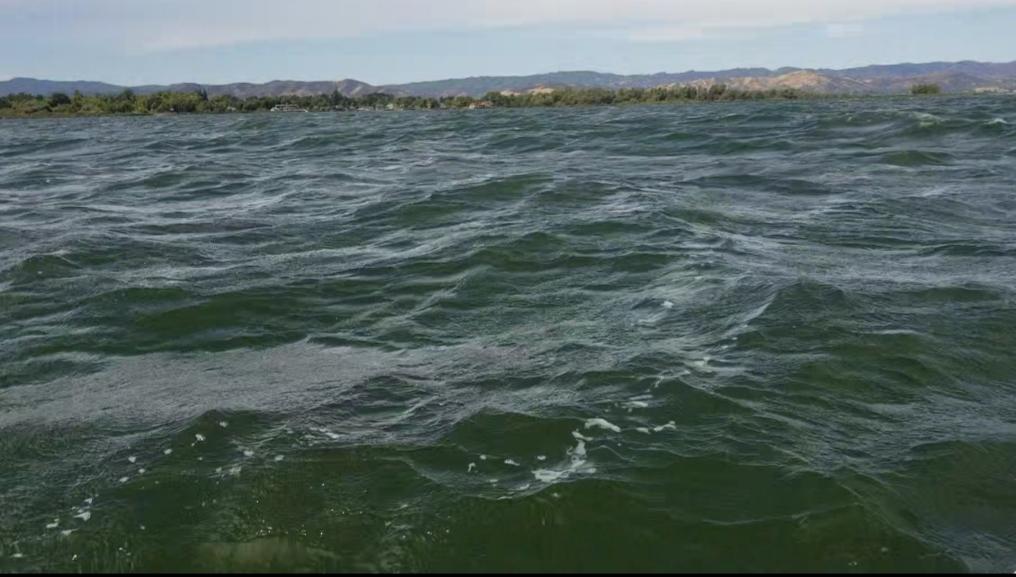 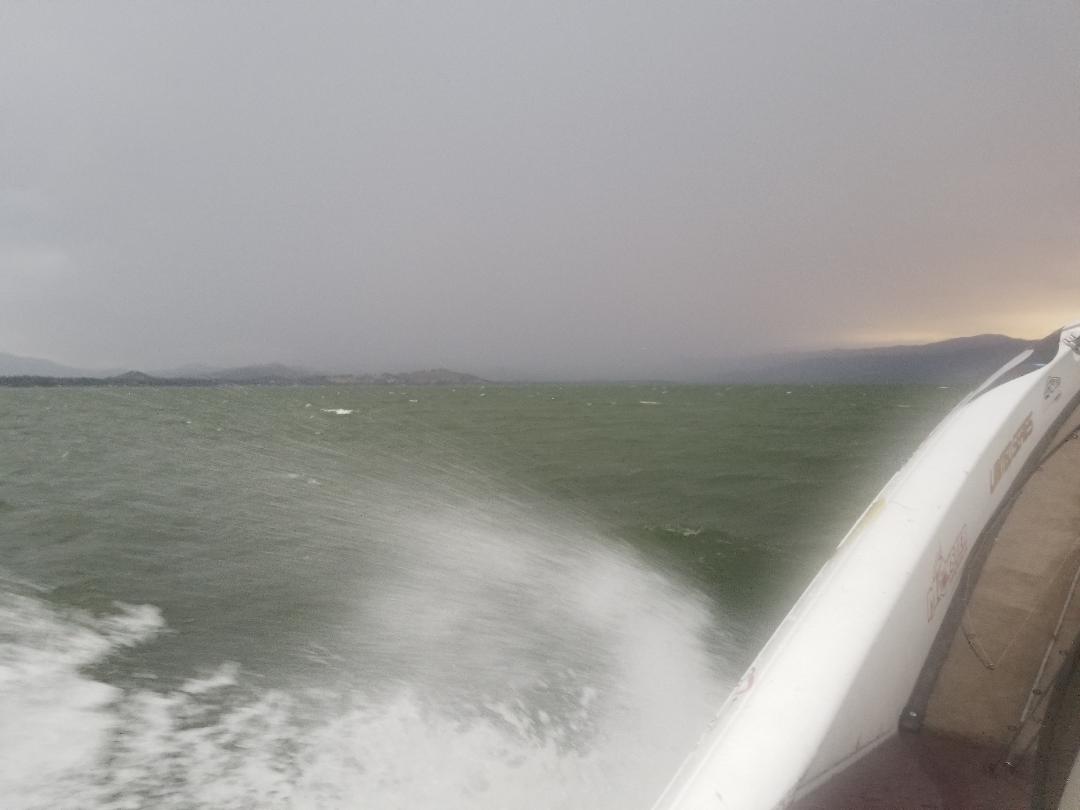 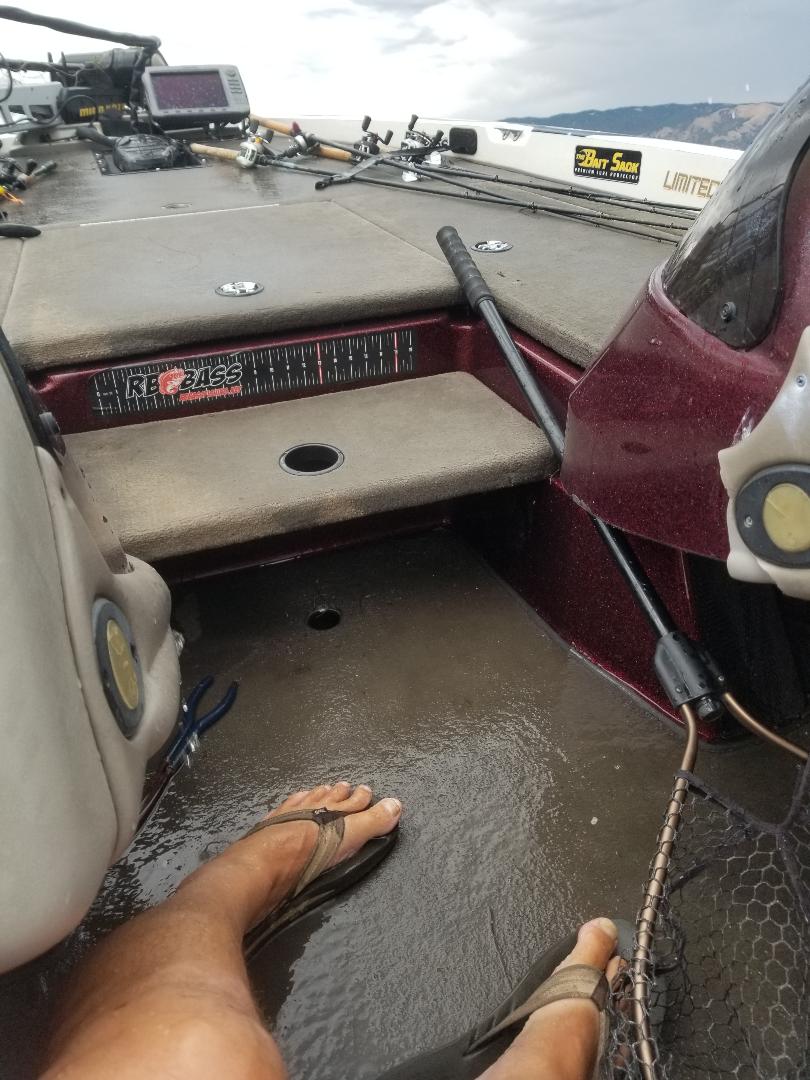 I was glad to be back on solid ground, but the day wasn’t over. Backing the trailer in for boat recovery, we noticed a wheel bearing had gone out on the trailer. Grease was everywhere but where it should be! Bob and I could only laugh at the day, Now can we make it back to Bob’s in the South Keys? We barely did.

All I can say is, you want to make God laugh, tell him your plans and go fishing with RB Angler Bob Tyler is a Trip!