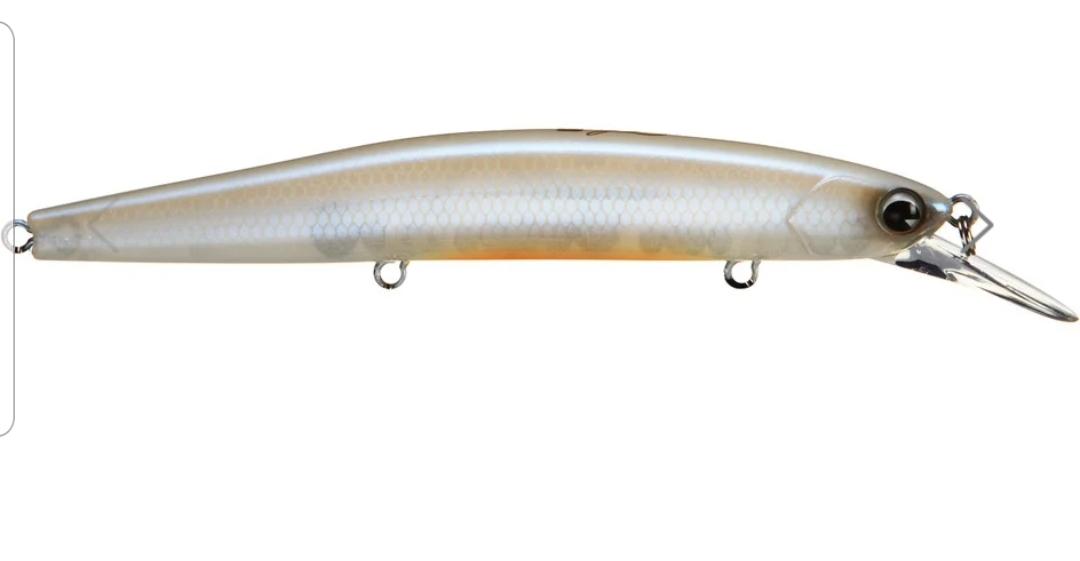 Welcome back RB Bass Outdoors fans. For those of you that don’t fish rip baits or Jerkbaits, but want too, this article is for you.
In my opinion, there are two categories for ripbaits, and those are twitchers and rippers. The twitchers, are usually fairly flat sided and when pulled straight in the water they have a really tight wobble, and it only takes a light twitch rod action to make them move. The rippers, on the other hand, are rounded and when pulled straight through the water, they have a really wide wobble for more action, and requires that you rip it. I prefer the rippers.
The Ripbaits come in many different sizes and colors, so you have the opportunity to “match the hatch”, as they say. The 4 inch ones have 2 sets of treble hooks and the longer ones 3 sets of trebles. I usually change these stock hooks out with Sharper and stronger Gamagatsu’s.

They also come in different bill sizes, so you can match the depth of where the bass are feeding. Those bill depths are basically 3-5 feet, 5-10 feet and deeper than 10 feet.
Though most will tell you to throw these in the late late fall through winter up to prespawn, which I do, but I also throw them all year long. After the spawn they annilate it. I throw the smaller 4 inch, generally in shad or ghost, in the winter months, as the bass are feeding on shad. Proof of this are the bass I caught in January and February that puked up 3 inch shad, and sometimes 10 at a time. I also like the medium depth range ones, and the ones that suspend.
As to water, most preferable for me, is clear water, say at least 3 to 6 feet visibility, but with that said, I have caught them in muddy water, and if a rock wall is present, I’m in heaven, because bass use this wall to push the bait fish up against. Kind of like cornering them in a pocket.
Now during the months after spawn to winter, I’ll do a cadence of rip, rip, rip, pause, rip rip Pause and do it again. The pause is like a second, as I work it fast. In winter, I’ll rip, rip, pause, rip, pause, rip, pause, and repeat. Though the pauses will be anywhere from 3 seconds to 10 seconds depending on the temperature of the water. The colder the water the longer the pause. The long pauses kill me, but it works.
There will be two different bites and you have to be prepared for both. The first will happen on the pause and slack line. Sometimes you just feel a tick or you see your line swimming and you lean back on it, with a sweep of the rod. The second is that fish will destroy that bait, as you are ripping it and the fish already set the hook for you, now just sweepback with your rod and reel it in. These are not hard hook sets like you do with a jig.
I fish them on a Dobyns 705 cb, matched with a Tatula ct 100, spooled with 10-12 flourocarbon. This rod really loads up well on the hit.  Again this is preference, but I know that this combo gives me long casts, which is imperitive to help you stay in that strike zone longer.
With all that said, just pick one up, make it a shad color and suspended one, and give it a try. While at it, go take a kid fishing!
RB Bass Outdoor Angler
Mike Rogers