The day started at 0245 with a 2 hour drive and lots of coffee. Checked in as a boater for them, with Mendi Naveraz, Director. Met my team of Shaun Ponzini, age 14 and Justin Pearson, age 14, both in middle school. We got their gear in the boat, met the parents and launched the boat. It was 35 degrees at the ramp. Fog rolled in but cleared for blast off. Being in the Junior Division we were 4th boat out and made a beeline for main lake to one of several spots I know and we started the 8 hour grind. 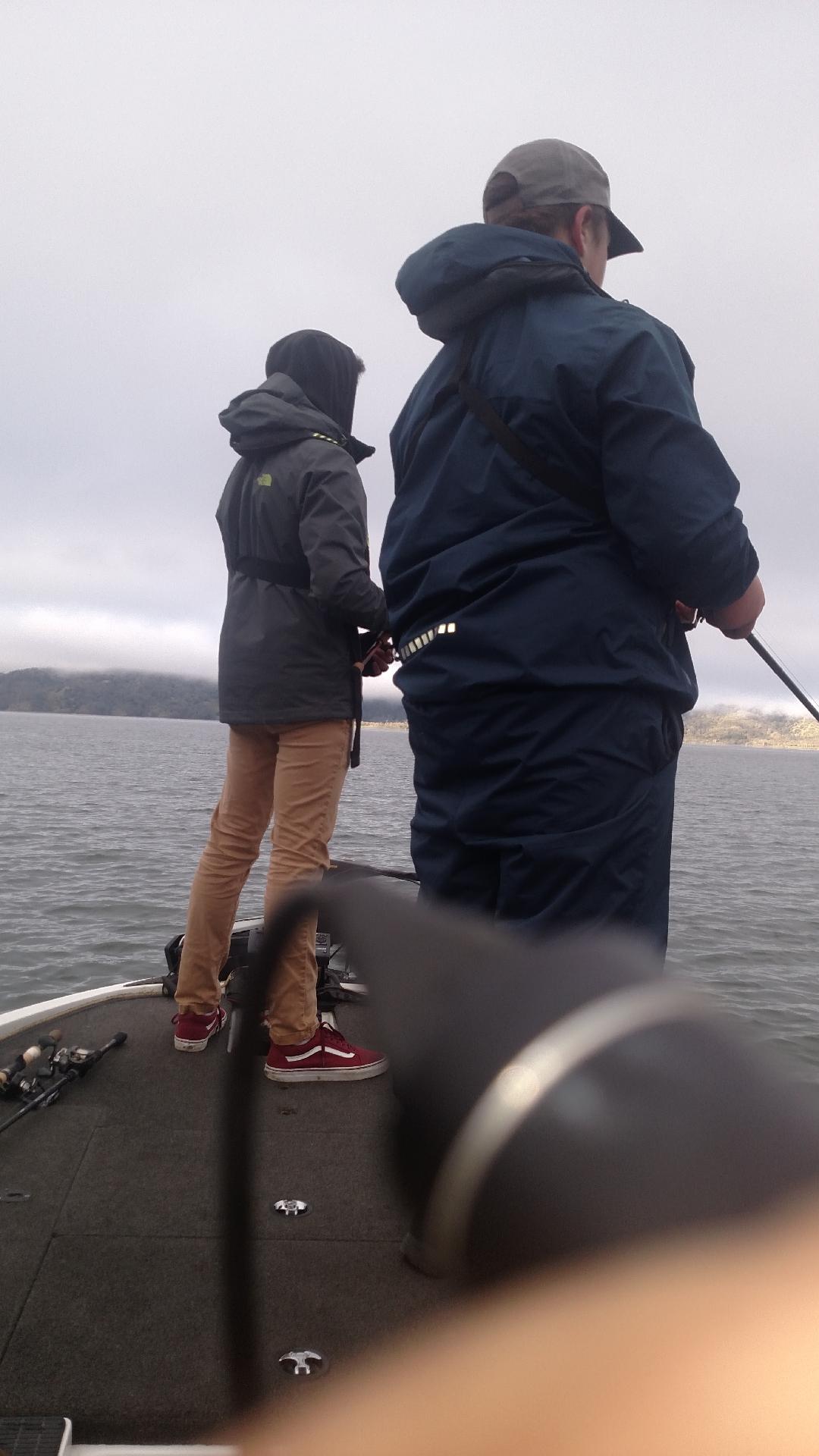 Being the boater, I stayed back, had coffee and breakfast and watched most of the time, answered questions and gave advice when asked. Shaun boated three fish with in an hour, though small (12” minimum) they were all keepers. Justin struggled a bit but the advice was to keep grinding, never quit.

Shaun pops another one but a non keeper. The boys decided to seek new water, so off we went! We hit two or three spots that didn’t produce and loaded out to hopefully more productive water. We found a spot in the back of Putah Creek and stayed there for about an hour and half putting the hurt on some fish. Shaun boats a 4th one that just makes the minimum. Justin is getting hits but not setting the hook soon enough and is getting frustrated. Shaun steps back and swings on a huge hit. He’s got a 6 lb leader on so I tell him to play it awhile and wear it out some. It’s a 4+ Spot! This is going to help the bag a lot. He gets it to the boat gunnel, Justin has the net and makes three tries to net it. On the third one, he hits the net and it cuts the line. Poof! Fish gone! Emotions run a little high, Shaun was very diplomatic about it, though he was frustrated. Kudos to him. Justin was naturally upset on losing someone’s fish. More advice and encouragement followed as they both needed it. 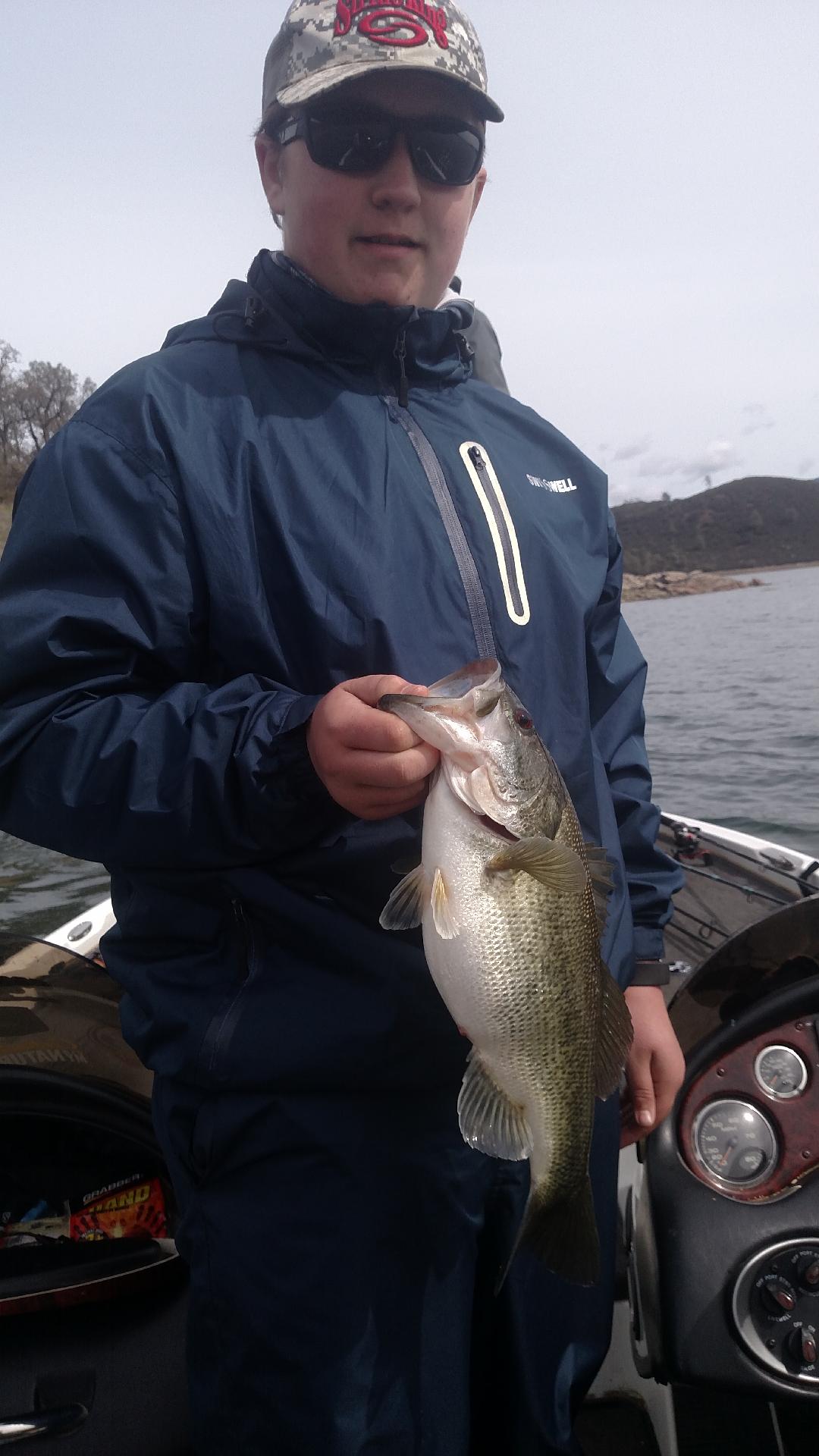 We went back to the grind. It couldn’t have been more that 20 minutes and Justin gets torn apart by a huge hit. I’m not worried about him, as he is fishing with 12lb line. With encouragement at playing the fish out a bit, it gets netted.  It turns out to be a 3.86 spot. The smile on his face was told it all, as the first thing he says is, “I made up for the miss net”!

The boys are pumped, and back to the grind, we are now culling. The rest if the two remaining hours were used to hunt for more fish in different areas. We head back to the narrows,  cause I know a spot. We swing in and the boys deploy….boom….two more culls and one non keeper. 5 minutes left, power up and zip back to weigh-in.

The boys did 11.38 lbs for 2nd place in the Junior Division, parents were taking pictures all around. The thought of the loss of that 4+ lber weighed heavy on their minds and expressions. Told them that’s Fishin! We All had a good time. The boys were well mannered and for being teamed up blindly, they got along great, as each took their turn at boat control.

If you have a high schooler that wants to bass fish, I highly recommend Mendi Naveraz and the Yuba Sutter Bass Fishing Club. It takes High School students from all over to compete.