You are here: Home / Hunting / Mill Dots; Something you might or might not know by Mike Rogers

Think back at WWll, when Captain’s of submarines looked through their periscopes, and ranged their target. He was actually measuring the ship’s length in mils—and since whole classes of ships were built to the same dimensions, he already knew its length in yards. This is pretty much the same way we range today with a mil dot reticle. This mil system for ranging goes back at least to World War I as their artillery forward observers used the mil scale in binoculars to adjust artillery fire. The problem is that binoculars and periscopes use 10-mil increments—equaling 10 yards at 1,000 yards—much too large for ranging man-size objects.

In the late 1970s, U.S. Marine Corps Capt. Jack C. Cuddy found a more exact way for Marine snipers to estimate range. Cuddy settled on the system we see today, found not just in the USMC’s 10x Unertl but in many other scopes all around the world.

Despite the development of laser rangefinders, the mil dot reticle remains the sniper’s mainstay because it adds no moving parts or bulk or weight to his scope, and it’s unaffected by weather, but it yields precise ranges unmatched by anything but a laser. It seems senseless when you consider that laser range finding came into existence, but it was and is necessary now that counter measures for painting a target, with a laser also came into existence. Nowadays, if you paint a target with a range finder (laser), those you lasered have a countermeasure to know they were painted and now know the coordinates of where that laser came from, and can put direct fire on that position. So with the mil dot system you can find the distance of your target by using the mils. That’s why it was created. 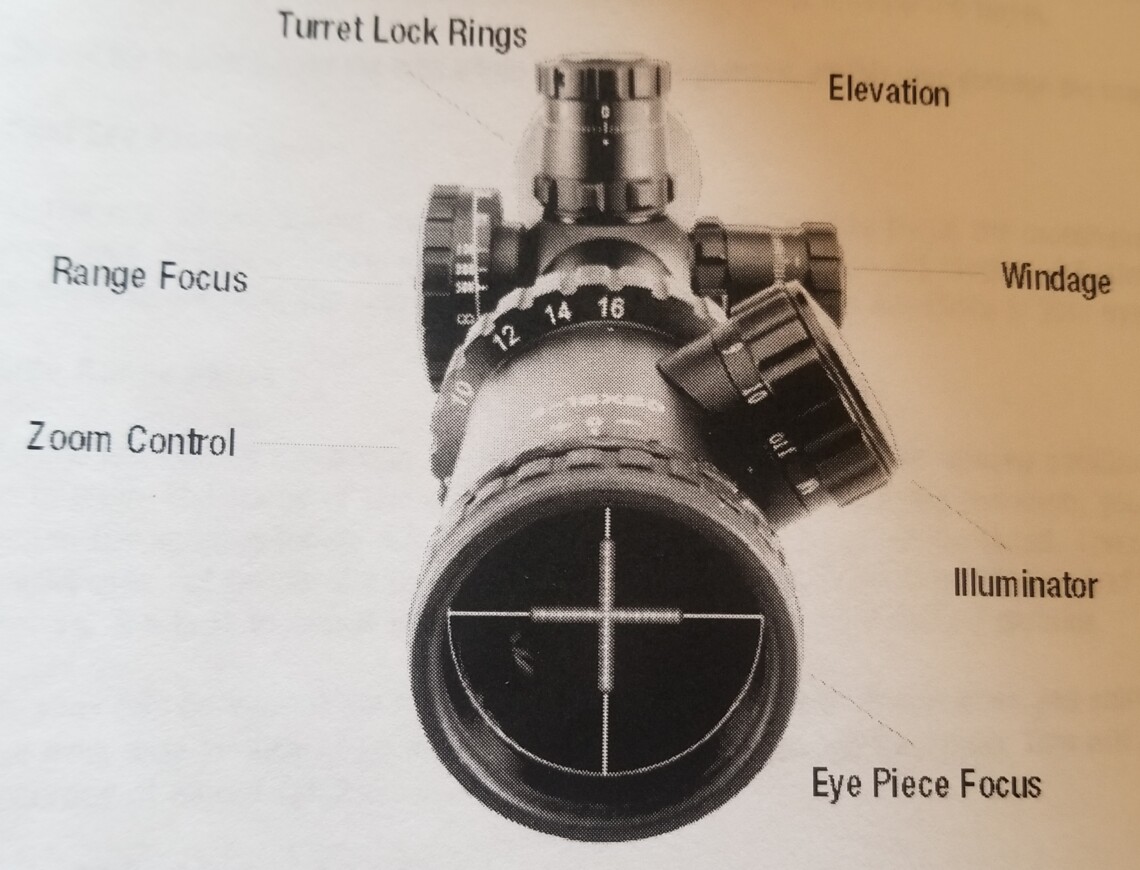 Assume your weapon platform is sighted in (zeroed) at 200 yards, you see a target in the distance.

You estimate that target to be 6 feet tall (human, gas storage tank, whatever). What you do is crosshair that target at its lowest point, count how many mil dots it takes to get to the top of the target.  You counted 5 mil dots. So 72 inches (6 foot target) = 5 mils. 72 x (27.8 coefficient used for calculating, I forget why ) = 2,001.6. Now take that 2,001.6 and ÷ it by the 5 mils and you get the distance of the target at 400.3 yards. This can be duplicated for every distance.  Now you have a target, with a known distance, without lasering and showing your position. 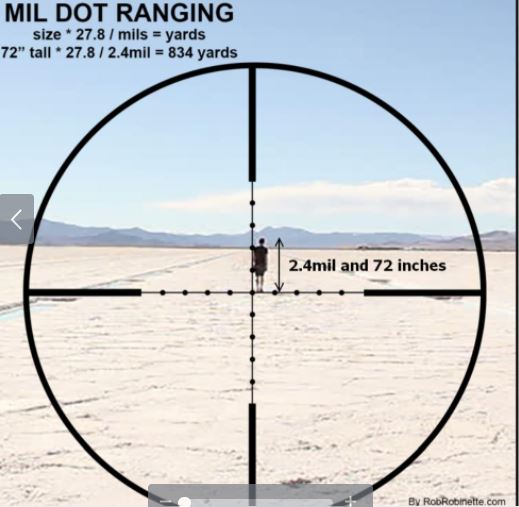